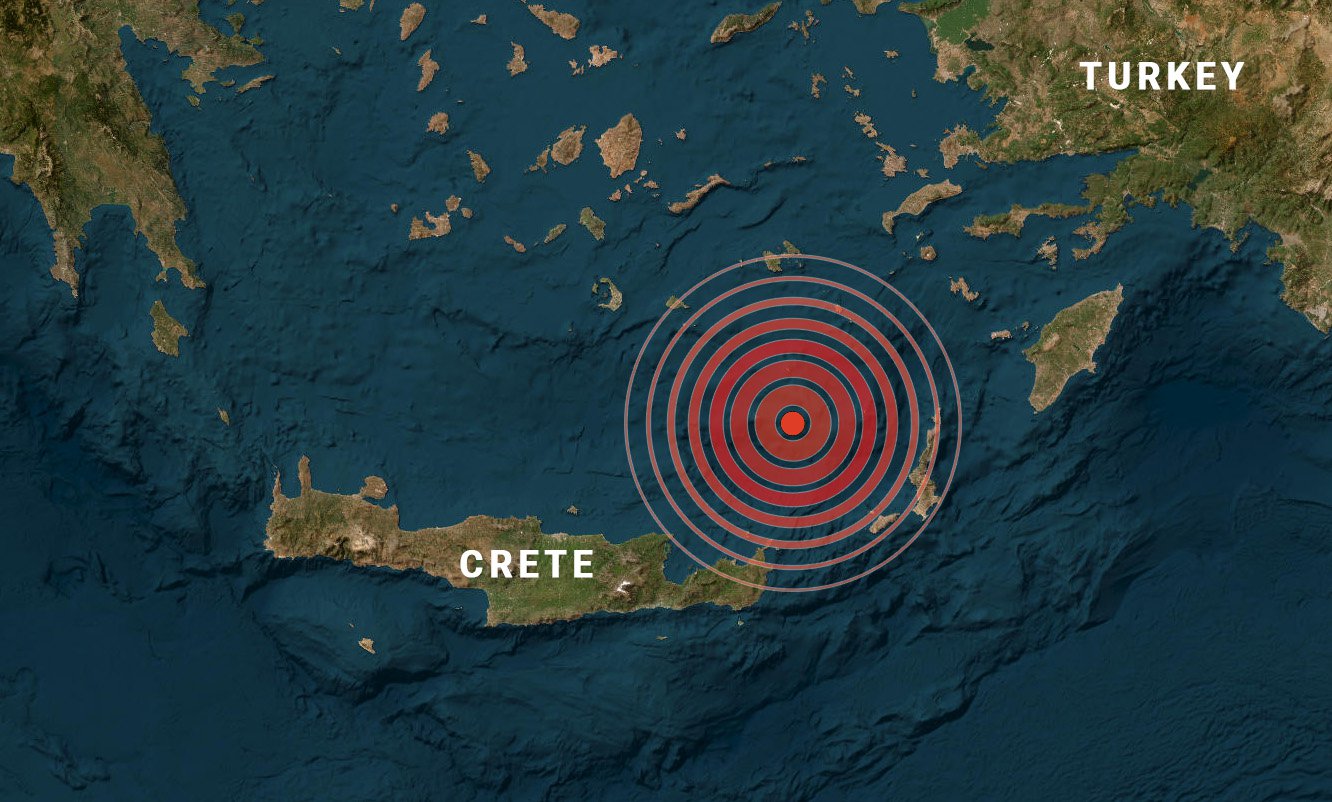 People in coastal areas of Crete were told to move to safety when a 5.5 magnitude earthquake hit this morning.

The alarm was sounded for Irakleion and Sitia when the quake struck 40 miles northeast of Siteía around 1.25am, according to the European-Mediterranean Seismological Centre.

It struck at a depth of 50 miles and was reportedly felt as far as north Africa.

Tsunami fears were sparked by the EMSC, which told locals to ‘move away from the coast and reach a higher place’. This warning has now been withdrawn.

But no injuries or damage to buildings has been immediately reported in any of the areas impacted.

One local in Siteia said they felt a ‘light tremor’ that lasted ‘five to ten seconds’.

A number of small earthquakes have been recorded over the past few years in Crete, a popular spot that welcomes thousands of tourists every year.

A man died on September 27, 2021 when the dome of a church that was being renovated in the town of Arkalochori caved in as a 5.8-magnitude earthquake struck.

On July 20 this year, a 4.8-magnitude earthquake hit in the sea near Crete, according to the Geodynamic Institute of the National Observatory of Athens.

Despite the warnings earlier today, one expert has assured people in the south-eastern Aegean that these types of earthquakes do not normally pose a danger.

Professor of Dynamic Tectonic Applied Geology & Disaster Management Efthymios Lekkas told Skai TV this is because they have ‘no significant post-seismic sequence’.