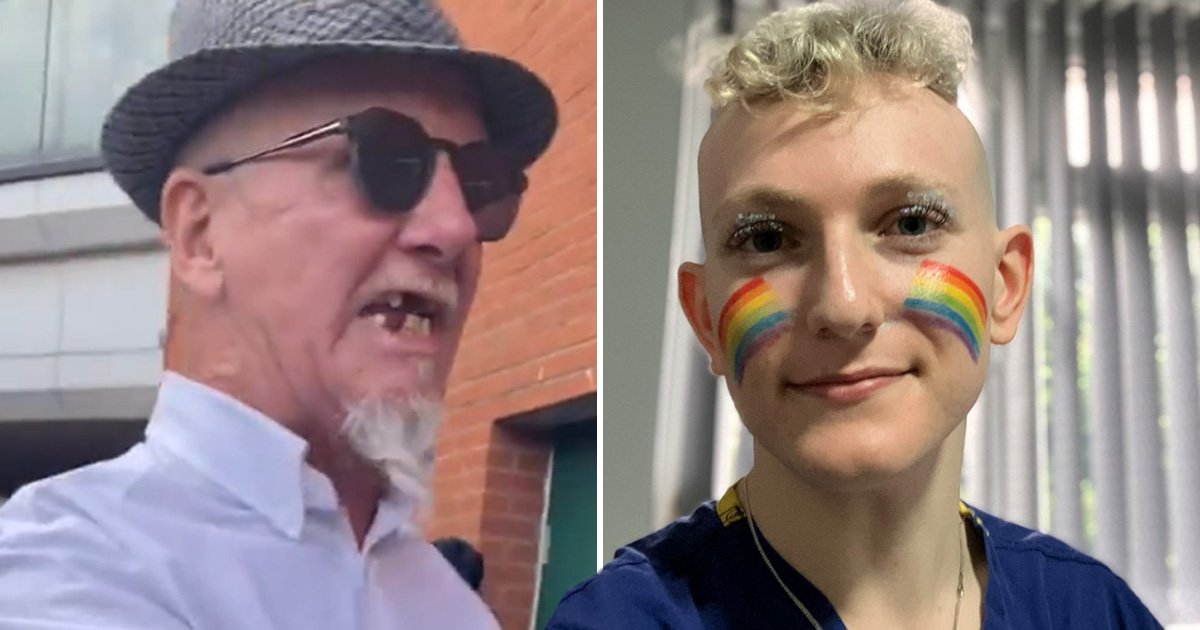 A student has vowed to bounce back to Birmingham Pride next year ‘even gayer’ after he was called a ‘p**fy twat’.

Raphael Kohn, 20, had only moments before finished marching on September 24 when he was verbally abused.

The third-year medical student at the University of Birmingham tweeted that he was called a ‘p**fy twat’ by the man, who had ‘hate’ tattooed on his left hand.

Repeatedly asking Kohn to ‘get the f**k out the way’, the man took off his blazer and screamed, ‘I don’t give a f**k about gay shit,’ according to video footage.

Pride-goers nearby asked the man why he was being homophobic, which the man denied being as he threatened to punch Kohn.

He called Kohn a ‘f***ing little fanny’, the video showed.

‘There is no place for hate in our city.’

Anti-LGBTQ+ violence has been rising at a record-breaking rate in the UK for years.

In the past year, the figure swelled by 32% in what police believe to be the largest increase in homophobic hate crimes seen since records began.

Out of the UK’s 45 police forces, only five saw a drop in reports of homophobic hate crimes compared to the previous year.

But these numbers are likely even higher. Anti-LGBTQ+ violence charity Galop found only one in eight queer victims report hate crimes to the police.

Of those who do, only 14% are actually resolved by police, the investigative journalism unit Liberty Investigates found.

‘Looking to the future, I am of course incredibly concerned by the huge increases in hate crimes targeted at LGBTQ+ people, especially trans people who face so many challenges that I as a cisgender man am fortunate not to face,’ Kohn said.

‘It is a disgrace that our government, and so many people with a platform to make some real, positive change for trans people, refuse to do so and constantly peddle transphobia and make a society in which hate towards LGBTQ+ people can still happen and not have any consequences.’

‘I worry greatly that I, as a queer person am not safe in Birmingham. We’re here, we’re queer and we deserve to be so safely, openly and proudly.’

‘I said at the time I’ll be back next year with more glitter and even gayer,’ Kohn added, ‘and I will, mark my words. I won’t let this stop me.’