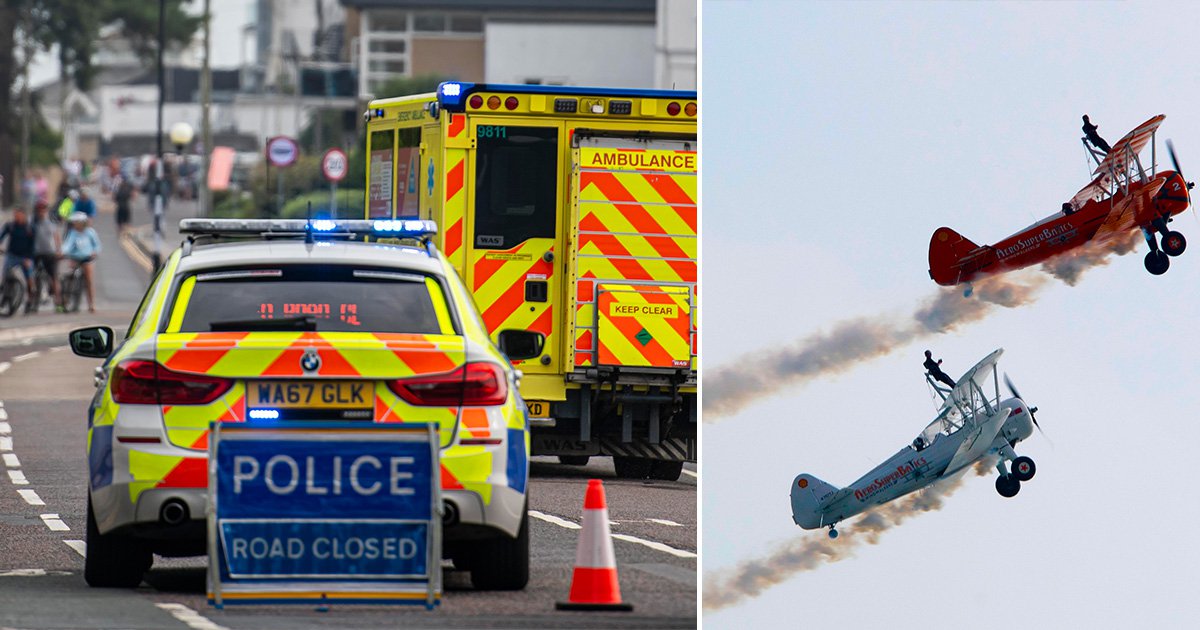 A ‘wingwalkers’ plane has crash-landed into the sea during an air festival in Bournemouth.

The aircraft, which had a pilot inside and a person on top of it, was part of the AeroSuperBatics Wingwalkers performing at the Bournemouth Air Festival in Dorset.

Emergency services rushed to the scene after the plane entered the water near the Chain Ferry slipway at Sandbanks, Poole.

Both of the people on board are ‘safe and sound’ and in the care of the emergency services, the festival organisers have confirmed.

Police have set up a cordon around the crash site and flying has been suspended ‘until further notice’ following the 3.45pm incident.

Bournemouth Air Festival tweeted: ‘There has been an incident involving one of the displays away from the display area.

‘The crew are safe and sound and are being looked after by the emergency services.

‘As a result flying has been suspended until further notice. We will update you early this evening.’