Furious opposition MSPs are calling for the face coverings to be immediately withdrawn from sale and claimed Ms Sturgeon’s party was attempting to “make money from a global pandemic”. The range of masks was launched after Ms Sturgeon made wearing face coverings compulsory in all Scottish shops.

People who fail to comply face a £60 fine which goes up to £960 for repeat offenders and Ms Sturgeon said the law was likely to remain in force for the “foreseeable future”.

The SNP masks, which cost between £8 and £14 each, come in five designs including the party’s logos, a blue and white Scottish Saltire, a “Yes” logo and a grey tartan.

The party’s website describes the coverings as “fully branded official SNP facemasks” with a “a breathable polyester and cotton mix”.

It says the masks include two carbon filters which are “shown to be effective in blocking the vast major-ity of airborne particles”. 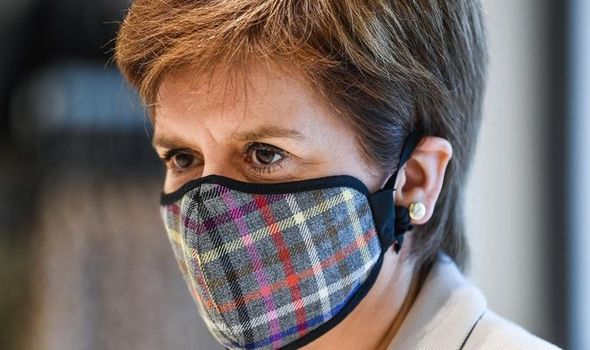 Annie Wells, deputy leader of the Scottish Conservatives, said: “The decision by the SNP to try and make money from a global pandemic was inexcusable.

“Nicola Sturgeon must immediately act to ensure this stops and is never repeated.

“Any money made from this tasteless venture should be donated to causes fighting coronavirus and its ruinous impact.” 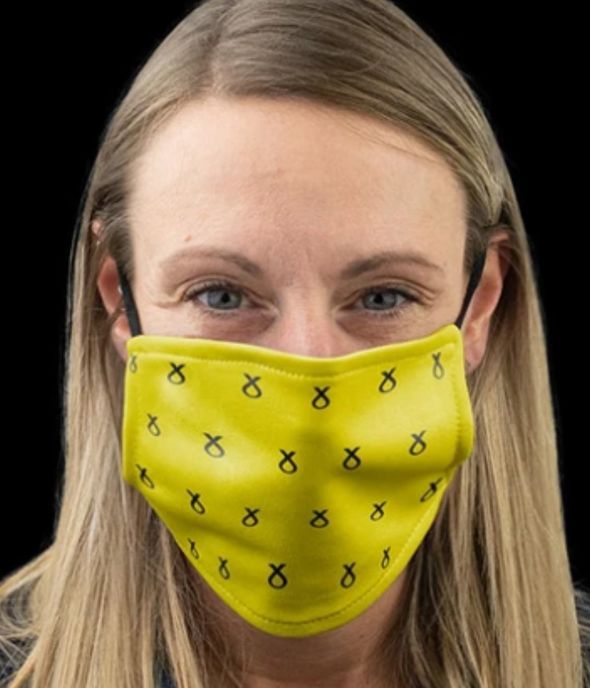 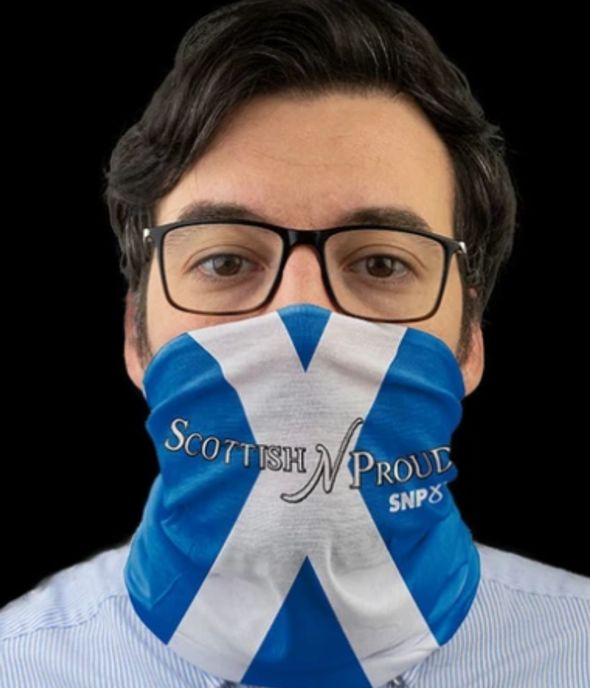 Glasgow Labour councillor Malcolm Cunning said: “The SNP would put a logo on their granny’s coffin if they thought it would gain them a single vote.”

An SNP spokesman told The Times: “Just like football clubs and many others, we’ve launched our own branded face coverings.

“We would encourage everyone to help suppress the virus by following the guidance on face coverings.”

Scotland recorded four new cases of coronavirus in 24 hours yesterday as no new deaths were reported for the 10th day in a row.

The number of deaths in Scotland also remains at 2,491, with the last death by that measure – which requires a confirmed COVID-19 case – having been reported on July 16. 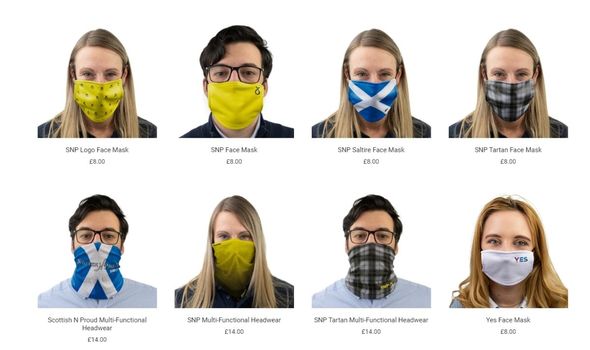 The new case figure is the lowest reported since July 14.

Reacting to the statistics, Ms Sturgeon said: “Very relieved to report yet another day in Scotland with no deaths of people who had tested positive for COVID-19.

Despite the low case numbers in recent days, people travelling back into Scotland from Spain will be asked to self-isolate for two weeks after the country was taken off a quarantine exempt list on Saturday night.