In a video of the meeting, Ms Sturgeon walks into an audience with the Queen bows her head and continues to on to shake the Queen’s hand, forgoing the traditional curtsy as a sign of respect towards Her Majesty. The move sparked criticism on Twitter notably from former Northern Ireland First Minister Arlene Foster.

Ms Forster questioned Nicola Sturgeon’s decision not to curtsy and claimed that meeting the Queen had been one of the “greatest privileges” she has as NI First Minister.

She said: “Why didn’t she curtsy?? It was one of the greatest privileges I had as First Minister of Northern Ireland to curtsy to members of the royal household including Her Majesty the Queen.”

The news comes as Ms Sturgeon has launched a campaign for a second Scottish independence referendum, which she wants to hold on October 19, 2023.

If Scotland did become an independent state, it would keep the keep Queen Elizabeth II as its head of state, SNP’s Westminster Leader Ian Blackford has previously stated. 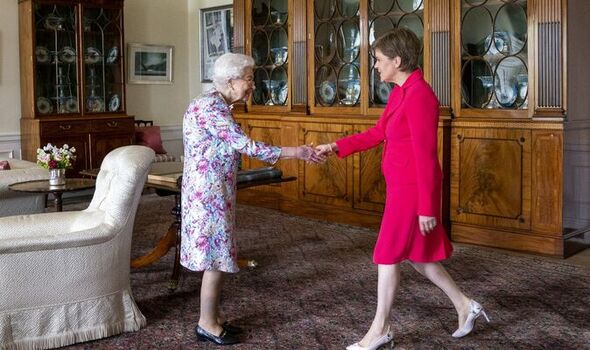 He said: “The Queen will remain head of state in an independent Scotland.”

However, other party members have cast doubt on the issue with some insisting there should be a referendum on whether to keep the monarchy if Scotland became independent.

SNP MP Patrick Grady claimed in 2020: “It would be for the people of Scotland to decide this eventually”.

The Scottish First Minister met the Queen yesterday at the Palace of Holyroodhouse in Edinburgh. Ms Sturgeon is said to have presented the Queen with gifts, including a limited edition bottle of whiskey. 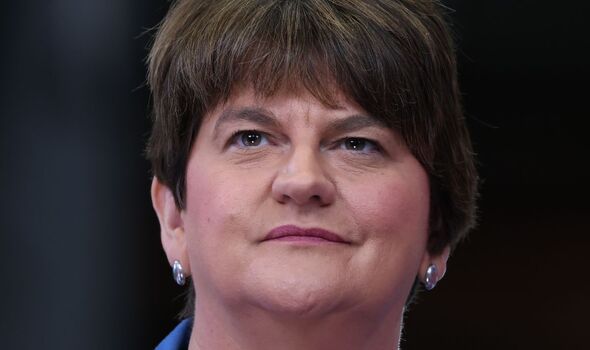 The details of their conversation have remained private, however the meeting took place just one day after Nicola Sturgeon announced her plan for IndyRef2.

On Tuesday, she announced the plans at Holyrood among applause from those in the SNP. In a surprise move, she said that she had already asked Scotland’s Lord Advocate to refer the legality of a unilateral second referendum to the supreme court.

She then confirmed that the Lord Advocate had done so and that the Court would decide the legality of the referendum.

She said: “Scottish democracy cannot be a prisoner to Boris Johnson or any UK Prime Minister. The people of Scotland must have a right to choose.” 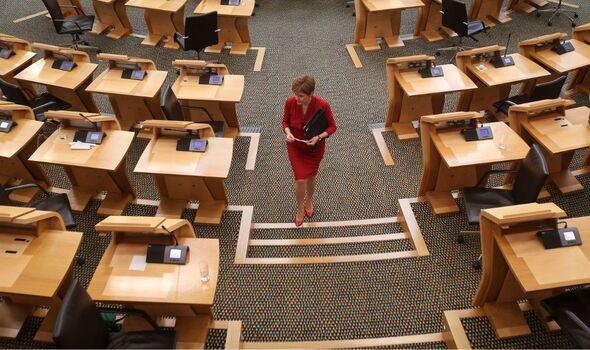 However, others in Holyrood were unhappy with the announcement. Scottish Conservative Leader Douglas Ross claimed Nicola Sturgeon was putting the interests of the Scottish people on the “back burner”.

He said: “The real priorities of people across Scotland are on the back burner. Instead, the First Minister is putting her plans to divide Scotland front and centre.

“Nicola Sturgeon has shown again today that the SNP’s selfish obsession with another divisive referendum is always their top priority. She will use Government time and resources to further her plan to break up the country, just when we need to be pulling together and working as one.”