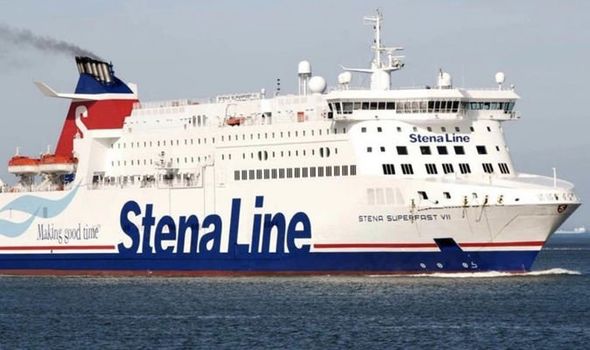 Had the collision not been averted at the last minute, Britain may have lost use of one of only three operational Trident carriers, thought to be HMS Vengeance. A Marine Accident Investigation Board (MAIB) report into the 2018 incident, published this week, revealed that the ferry – carrying more than 200 passengers and crew at the time – was just yards from being hit by the 17,500-tonne super boat.

The report states: “This incident happened because the submarine’s control room team overestimated the ferry’s range and underestimated its speed.”

Although the MAIB report confirmed that the submarine was based at Faslane naval base in Scotland, the boat was not identified.

But analysis of pictures taken by ferry passengers revealed its true identity as a Vanguard class sub.

They show a unique optronics mast, and also visible to the trained eye was a specific radar, attack scope, communications node, and exhaust system – all unique to the Vanguard class. 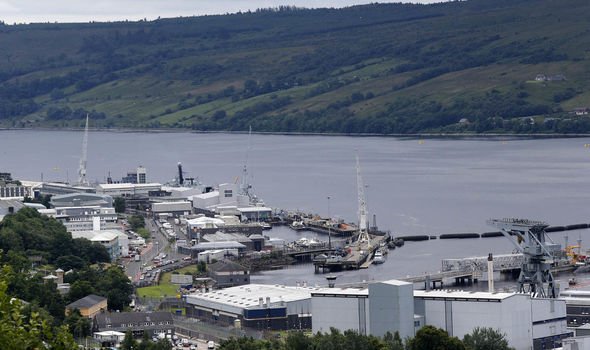 The Royal Navy operates four Vanguard class submarines which remain at sea for months at a time ready to counter any nuclear threat though one, HMS Vanguard, has been in refit in Plymouth since 2015.

Each has a crew of 130 and can carry up to 16 Trident-II D5 intercontinental ballistic missiles.

Of the remaining three, HMS Vigilant was undergoing minor maintenance at Faslane on November 6, 2018 – the date of the incident – and HMS Victorious was on operations.

HMS Vengeance, however, was in the Irish Sea preparing for a new tour of duty. 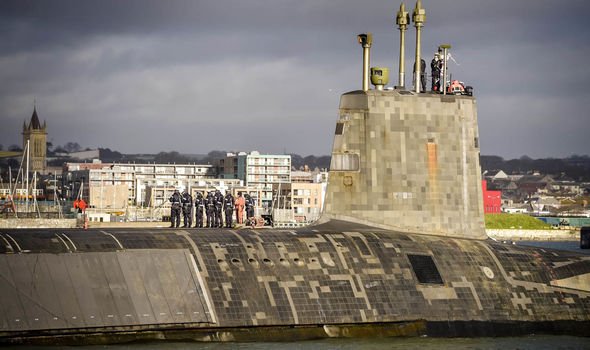 It was there when it found itself on course to strike the Stena Superfast VII, which was crossing the Irish Sea between Cairnryan in Scotland and Belfast.

Disaster was only averted after a keen-eyed lookout on the bridge of the ferry spotted the mast of the submarine and the officer of the watch took immediate action to avoid a collision.

The MAIB chief inspector said in the report: “This was the third accident or incident between a dived Royal Navy submarine and a surface vessel in four years, which is a matter of significant concern.”

Last night, a senior Royal Navy source said: “There is no doubt that this would have been pretty awful had there been a collision, the Vanguard’s hull is designed to break through ice and would have torn a hole straight through the ferry.”

More than 100,000 people in the UK have died after catching coronavirus, as the toll of a second wave sweeping across the country continues to…