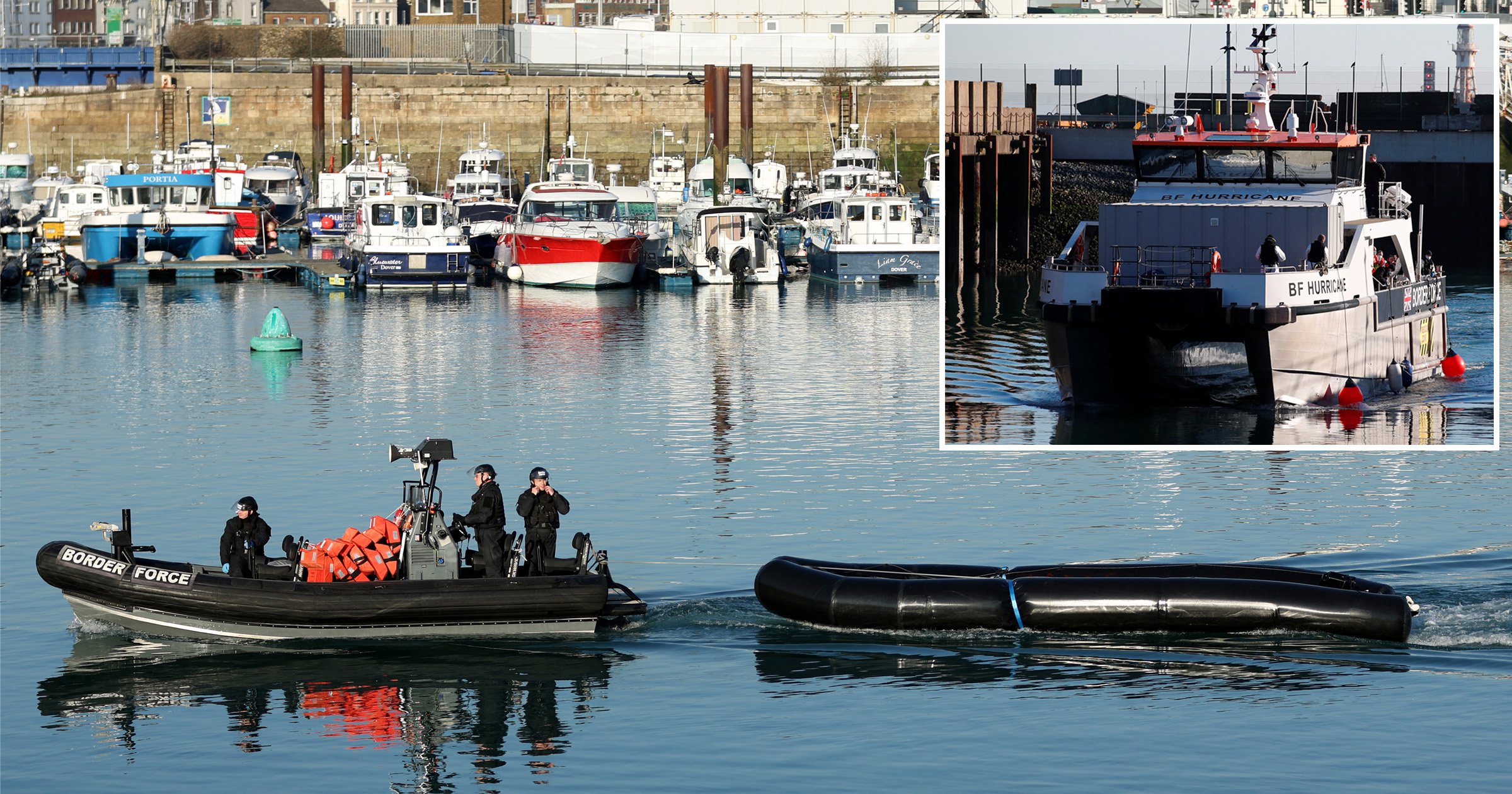 A Sudanese man has drowned trying to reach the UK in sub-zero conditions after a spike in activity off the south coast.

The man in his 20s died while attempting to cross the channel in a small boat on Friday.

A total of 32 people were rescued off Berck, near Calais, in a state of hypothermia, French authorities said.

A manslaughter investigation has begun but desperate people willing to pay human traffickers to get them to England via the busy shipping route are undeterred.

Just hours after the man’s body was recovered, another group successfully made the crossing and landed at Dover.

A number of people, including at least one child, were seen arriving at the port in the early hours of Saturday morning.

The group was rescued in pitch-black conditions by the RNLI during the service’s busiest days of the year so far.

More than 450 people have made the life-threatening trip across the Channel in small boats in 2022, following a record-breaking year in 2021.

At least 271 people aboard 10 small boats reached the UK on Thursday, including a young child wrapped up in an orange lifejacket and wearing a beanie hat.

Around 35 people, among them a frail man being supported by two officers, were seen being escorted ashore in Dover by immigration staff on Friday.

The group were part of 118 people in four vessels which were intercepted by lifeguards.

Mike Adamson, chief executive at British Red Cross, said: ‘It is devastating to hear that another person has lost their life attempting to cross the Channel.

‘Our thoughts are with them and their loved ones – who may not even know yet what has happened.

‘There are no simple answers but we urge the government to rethink its plans for making the UK’s asylum system harder to access.

‘This should start with ambitious plans for new safe routes and a commitment to resettle 10,000 people a year.’

A Home Office spokesman said: ‘This tragic loss of life in France today is devastating and our thoughts are with the victim’s family and loved ones.

‘It is sadly another reminder of the extreme dangers of crossing the Channel in small boats and of how vital it is that we work closely together with France to prevent people from making these dangerous crossings.

‘The Government’s new plan for immigration will fix the broken system to welcome people through safe and legal routes whilst preventing the criminality associated with it.’