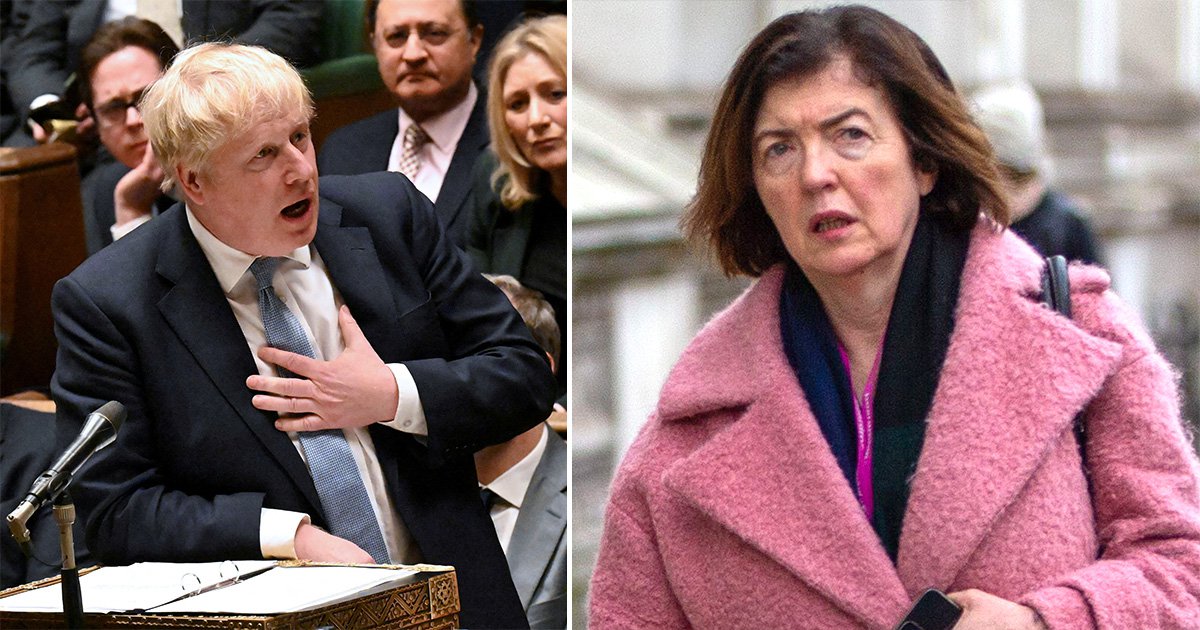 Number 10 is under growing pressure to explain a meeting between Sue Gray and Boris Johnson to discuss her highly-anticipated partygate report.

It is understood the pair met at least once to give an update on the report’s progress while it was being drafted, but a Whitehall source said that its contents were not discussed at any point.

Such meetings would not have been viewed as unusual, the source said, with the aim to take stock of what stage the report was at.

However, the exact nature of the meeting remains unclear, as does who initiated it.

But this morning a spokesperson for the senior civil servant intervened to reject the suggestion. The comment led to a clarification from Number 10.

A Downing Street source insists Mr Johnson didn’t request the meeting either and hasn’t tried to influence the outcome of the report in any way.

It has been reported the pair discussed whether certain photographs would be revealed to the public and Ms Gray called the meeting ‘to clarify her intentions’ once the police investigation concluded.

But Ms Gray’s team has also disputed these claims.

The conflicting briefings and mixed messages are likely to deepen suspicions about the purpose of the meeting, revealed days before the final report is due to be published.

Downing Street has insisted the prime minister had been ‘clear throughout’ that the report should be ‘completely independent’.

Multiple sources agree Mr Johnson and Ms Gray met and discussed the progress of the Met Police inquiry but did not discuss the judgements she would come to in her final report.

But many are questioning why the prime minister needed to see Ms Gray personally if that was the purpose of their meeting.

It comes as about 30 people, including Mr Johnson, are being contacted by the Cabinet Office to warn them of the contents of the document ahead of its publication.

Angela Rayner, Labour’s deputy leader, called on the prime minister to ‘urgently explain’ why the ‘secret meeting’ had taken place.

She said public confidence in the process had already been ‘depleted’, and people ‘deserve to know the truth’.

‘This is a prime minister incapable of taking responsibility for the rotten culture he has created in Downing Street or of doing the decent thing,’ she added.

‘The Sue Gray report must be published in full and with all accompanying evidence.’

Liberal Democrat MP Christine Jardine said: ‘Any whiff of a stitch-up would make an absolute mockery of the report.’

The Metropolitan Police concluded its investigation into lockdown breaches in Downing Street and across Whitehall on Thursday and confirmed it had given out 126 fines for 83 people.

It is thought that most of the Cabinet Office letters were sent out following the conclusion of the investigation.

Mr Johnson is set to be among those approached, but it was unclear on Saturday morning whether he had yet received a letter.

The end of the police investigation means Ms Gray’s report into the parties is likely to be published in full within days.