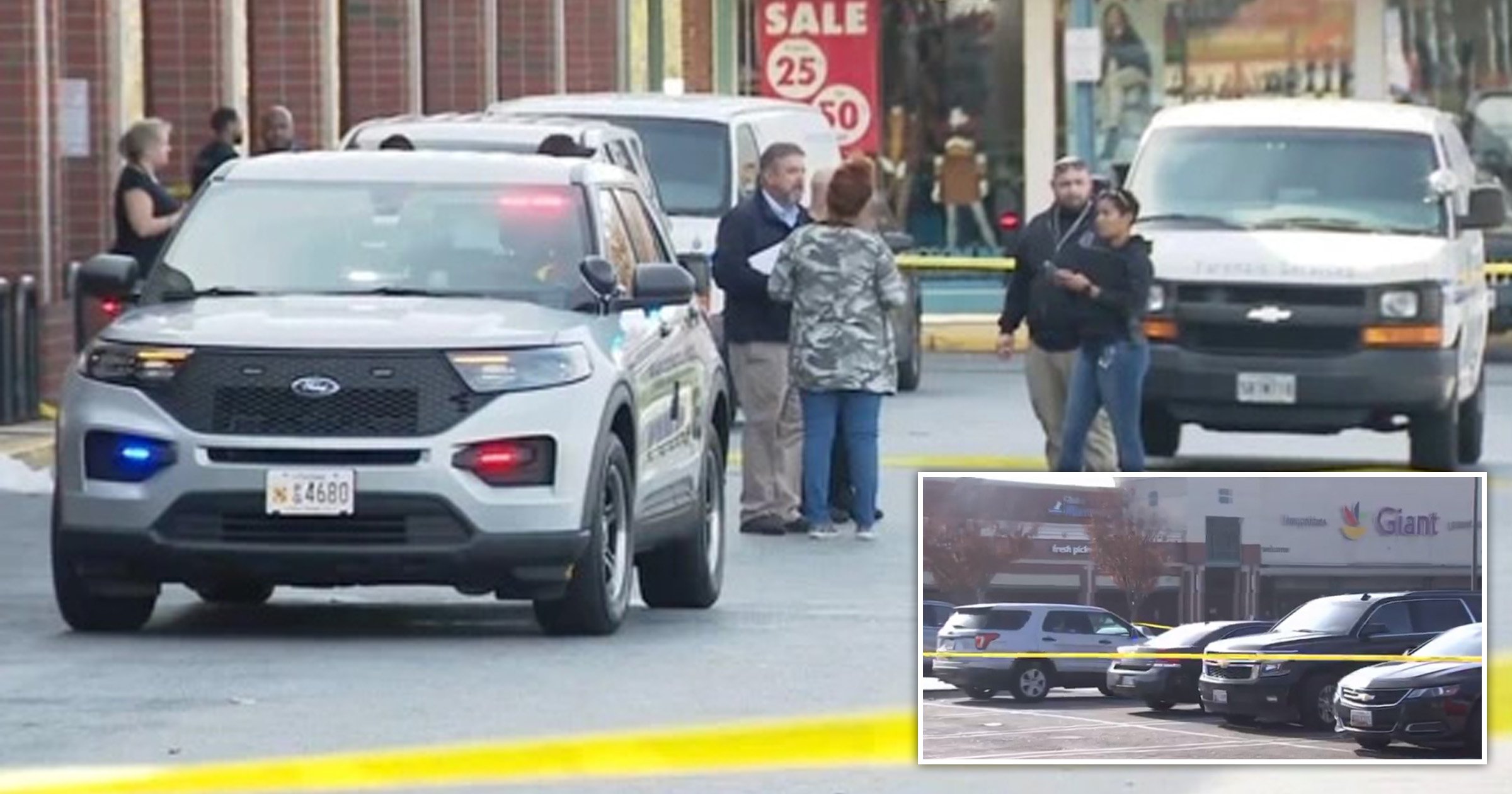 An alleged supermarket shoplifter and a security guard who shot at each other both wound up dead.

Gunfire erupted at the entryway of the Giants grocery store in Oxon Hill, Maryland, around 10.25am on Friday, police said. Arriving officers found two victims with gunshot wounds on the ground.

A man, the guard, died at the scene. A woman, the alleged shoplifter who was trying to put items in her backpack, was rushed to a hospital, where she later succumbed to her wounds.

The woman began shooting at the security guard after being confronted about shoplifting, Prince George’s County police told WJLA.

In response, the guard shot back at the woman, according to Fox Baltimore.

Neither of the victims was immediately identified, pending notification to their families. Police did not disclose what the woman was attempting to make off with.

‘It’s quite concerning that these brazen acts are occurring across the country and in our backyard, especially right near our police division,’ Maj Zachary O’Lare, executive officer in the police Bureau of Investigations and Forensic Science, told the Washington Post.

‘There is a reason why the department has a division right in this shopping center, and that’s for the safety and security of the citizens.’

The grocery store was closed after the shootout in the Eastover Shopping Center on Audrey Lane.

Police said it was an ‘isolated incident and there is no danger to the community’.

Anyone with information on the incident is urged to call Prince County Crime Solvers.

‘This is an important matter and we’re going to let the police do the investigation,’ said Giant’s director of external communications and community relations Felismina Andrade. ‘It’s not a call that you want to get.’