Bureaucratic inertia, a diffusion of responsibility and logistical problems have seriously undercut vaccination efforts. In Italy, it’s the older population that bears the brunt. 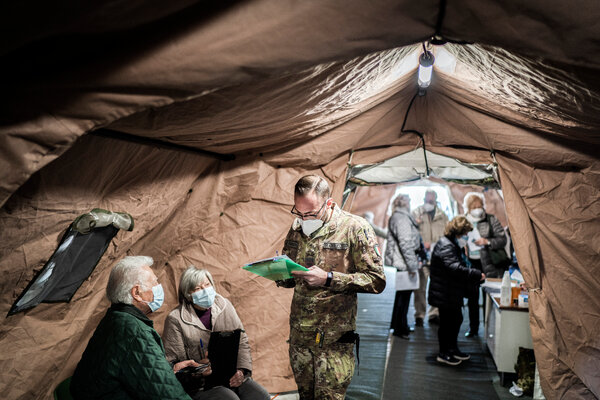 By Jason Horowitz and Emma Bubola

ROME — The mayor of Cremona, one of the northern Italian towns first hammered by the coronavirus during the pandemic’s initial explosion in Europe, received a call over the weekend that the local vaccination center was empty. The region’s booking system had failed to set up appointments with older residents, leaving more than 500 doses of vaccine at risk of going to waste.

“There was staff, there were also vaccines, but there were no people,” said the mayor, Gianluca Galimberti, adding that the situation had been bad for weeks. Similar scenarios are playing out throughout the country, as the authorities struggle to get vaccines to older and vulnerable Italians who most need them.

Europe’s vaccination efforts are moving at a maddeningly slow pace compared with those in United States and Britain. The temporary suspension last week by multiple countries of AstraZeneca, the vaccine that the European Union has bet on, was only one indication of how Europe’s rollouts have been plagued by an overabundance of caution, bad deals and flouted obligations by pharmaceutical companies that have created a supply shortage.

The situation remains dire enough that the European Union unveiled emergency restrictions Wednesday to curb exports of Covid-19 vaccines for six weeks. But that drastic step is unlikely to solve many of the problems that have plagued Europe’s vaccine rollouts. 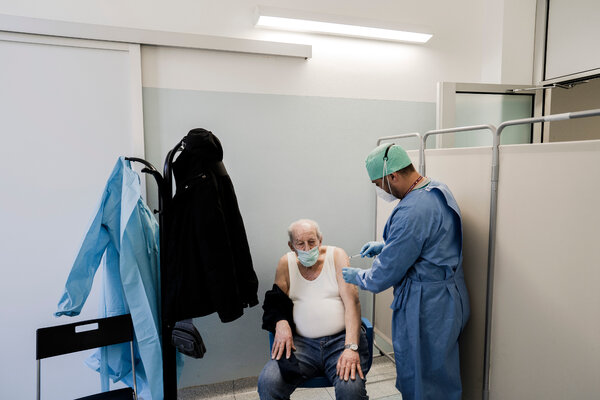 Even when supply is not the issue, bureaucratic inertia, strategic errors, a diffusion of responsibility and logistical problems in booking appointments have seriously undercut vaccination efforts.

In Italy, those missteps have especially affected the older, and most vulnerable, population. A full year after the country became the first Western nation to confront the virus, it now has the dubious distinction of having the highest rate of daily deaths from Covid-19 among Europe’s major powers. About one in five people over 80 have received both doses of a vaccine, and about 5 percent of septuagenarians have received their first shot.

When it comes to distributing vaccines, Italy is on par with France and Germany and a little behind Spain, but its difficulties in vaccinating older citizens have constituted a lethal failure in a country that has the oldest population in Europe.

Prime Minister Mario Draghi recognized the problem in a speech to the Italian Senate on Wednesday, saying that while the pace of vaccinations was beginning to increase, it was “crucial to first vaccinate our elderly and fragile citizens who have more to fear for the consequences of the virus.”

To speed things up, his new government has sought to centralize the response, putting a general in charge and mobilizing the military and an army of new vaccinators — a departure in a country where much authority has been given to regional leaders over time.

Illustration: Cathy WilcoxCredit: To submit a letter to The Age, email lette[email protected] Please include your home address and telephone number. THE WINTER OLYMPICS This is…