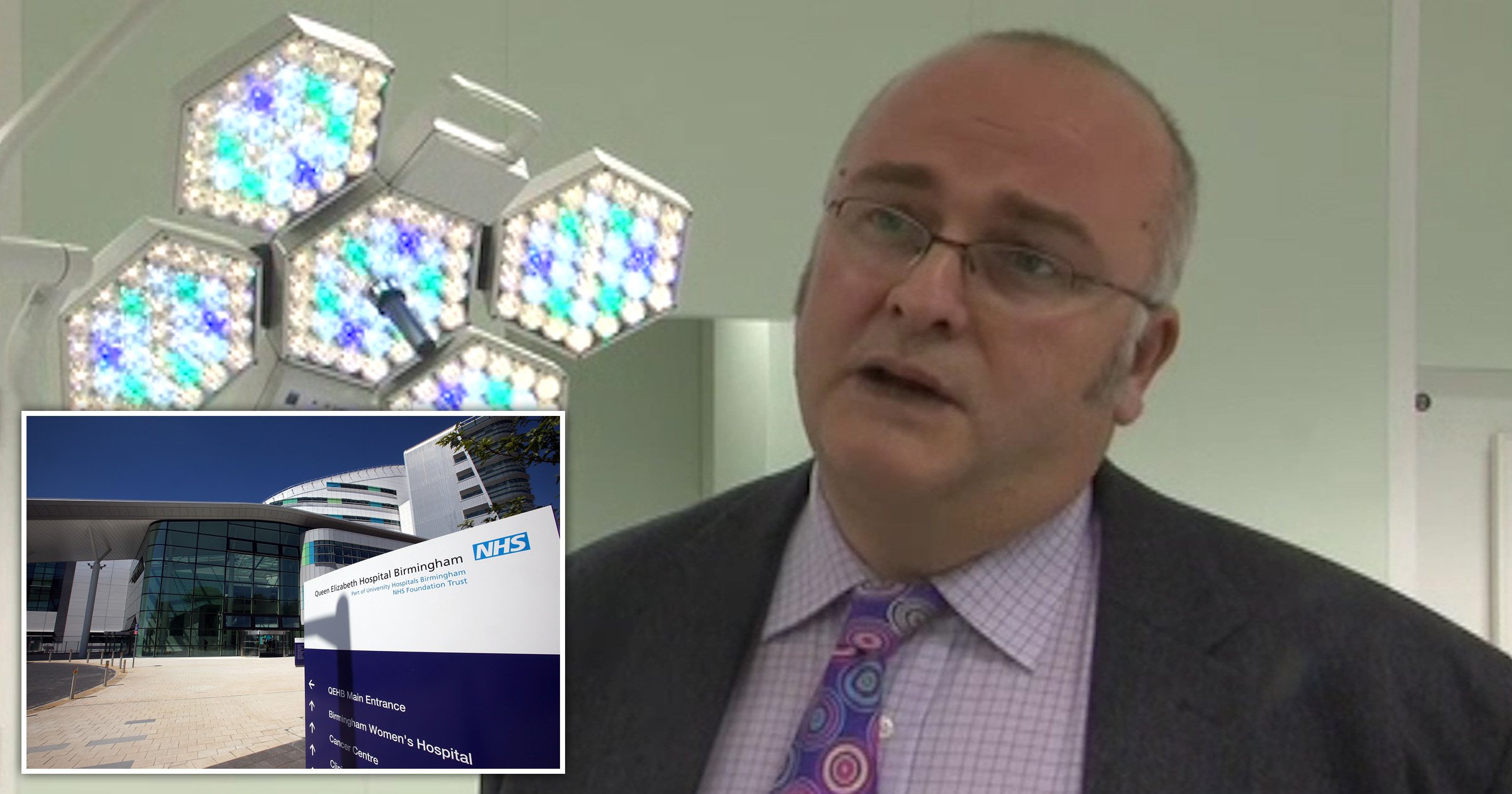 An ‘arrogant’ surgeon who burned his initials onto the livers of two of his patients while they were unconscious has been struck off.

Simon Bramhall admitted two charges of assault by beating at Birmingham Crown Court in December 2017 after using an argon beam machine to brand two of his patients.

It happened while he worked as a liver transplant surgeon at the city’s Queen Elizabeth Hospital.

The 57-year-old was given a community order and fined £10,000 a month after confessing.

He has now been removed from the medical register after the Medical Practitioners Tribunal Service concluded his actions were ‘borne out of a degree of professional arrogance’.

In its determination, the tribunal found: ‘The Tribunal, having concluded that a suspension order would be insufficient to protect the wider public interest, determined that the appropriate and proportionate sanction is erasure.

‘The physical assault of two vulnerable patients whilst unconscious in a clinical setting, one of whom experienced significant and enduring emotional harm, seriously undermines patients’ and the public’s trust and confidence in the medical profession and inevitably brings the profession as a whole into disrepute.

‘Mr Bramhall abused his position of trust and during the short period it took for him to mark his initials he placed his own interests above the interests of his patients.’

At Bramhall’s sentencing hearing in 2018, the court heard how one of his victims suffered serious psychological harm as a result of the branding.

The other was tracked down through hospital records but ‘did not wish to engage’ with police.

Bramhall, from Tarrington in Herefordshire, told police he branded the organs to relieve tension in the operating theatre after difficult and long transplant operations in 2013.

The MPTS tribunal said most cases of clinicians being removed from the medical register were the result of abuse of trust ‘over sustained periods of time’.

But it added that in Bramhall’s case, the ‘short time’ it took him to brand his patients and the ‘overall context’ of the life-saving care he was providing at the time did not mitigate his ‘gross violation of his patient’s dignity and autonomy’.

The tribunal also rejected Bramhall’s claim the branding was done to ‘relieve tension’ and described the assaults as ‘an act borne out of a degree of professional arrogance’.

The determination continued: ‘There is no indication before the Tribunal that this is a deep-seated attitudinal failing, but it occurred on two separate occasions within a six month period in the presence of others and Mr Bramhall did not initially recognise the magnitude of his criminal behaviour even when questioned.

‘In these circumstances, the Tribunal concluded that the only proportionate sanction is erasure.

‘The Tribunal has therefore directed that Mr Bramhall’s name be erased from the Medical Register.’