The Queen’s reign has faced intense scrutiny recently, due to Prince Harry and Meghan Markle’s decision to leave the royal frontline and Prince Andrew’s retirement last year. Barbados’ governor-general also announced this month that the nation intends to become a republic and drop the Queen as its head of state in 2021. Such events have left some royal fans panicking that the institution is on unsteady ground — however, events from 400 years ago show the monarchy is unlikely to crumble due to Oliver Cromwell.

Cromwell came to power as a republican leader after leading the fight against King Charles I.

Charles repeatedly overrode Parliament during his reign and exercised his royal prerogative, infuriating many powerful figures within England.

He was therefore perceived as an absolute monarch, and his reign triggered the English Civil War in the 17th Century.

Many of his enemies were also Puritans, while Charles was married to a Roman Catholic, which helped fuel the antagonism between the two sides by adding a religious element. 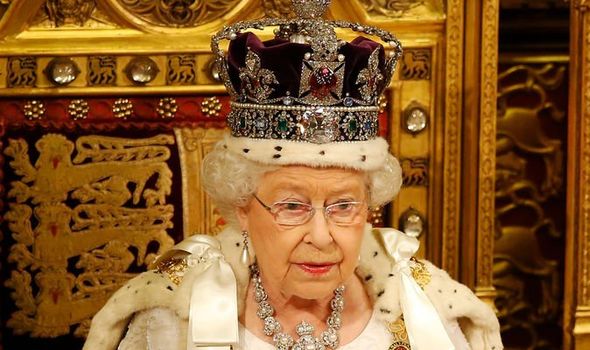 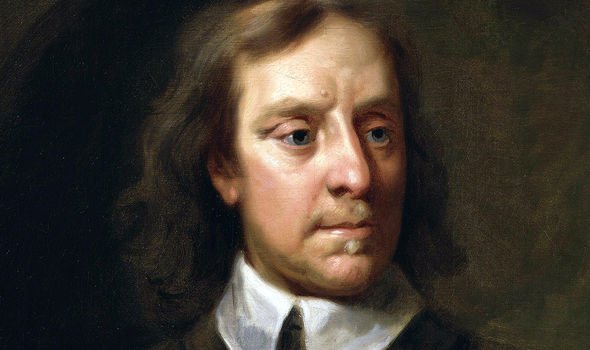 When he lost the war and was captured, Charles still refused to establish a constitutional monarchy, so he was put on trial.

Charles believed “no court had any jurisdiction over a monarch” and subsequently did not plead to the charges brought against him.

Instead, he said the trial was illegal — leaving his opponents to order his execution, so they could consolidate their power.

Cromwell subsequently took over, after leading the Parliament’s armies against Charles during the Civil War.

He then ruled as Lord Protector over Britain from 1653, and is remembered for his brutal campaigns against Catholicism particularly in Ireland. 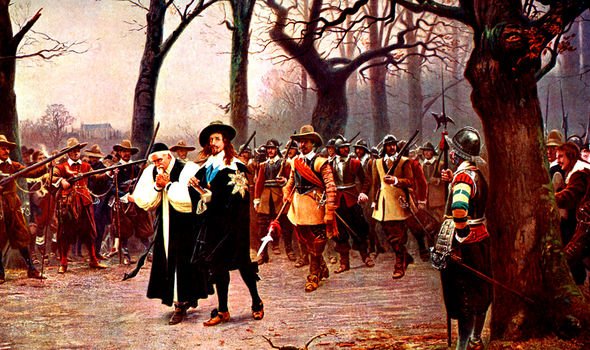 A 2017 post in Royal Central explained: “Ostensibly the Lord Protector was similar to the English monarch but with more closely defined powers.”

It added that Cromwell was “setting himself up as military dictator of the English Commonwealth”.

The role was expected to be elective with a life term — however, Cromwell wanted his son to succeed him, just like a hereditary royal heir does.

Cromwell was even offered the Crown in 1657 after a spat of military success but rejected it, and sought to increase his powers as Lord Protector instead.

Royal Central added: “Despite refusing the Crown, Cromwell continued to act and conduct himself as a monarch in all but name.” 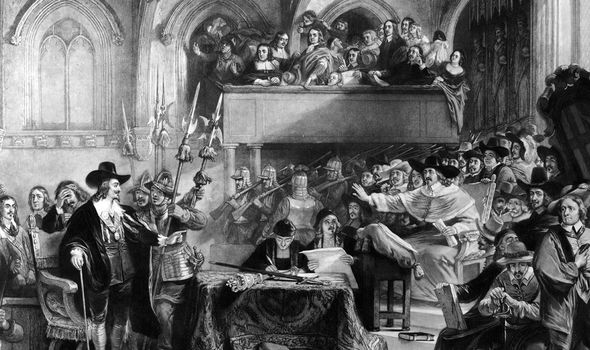 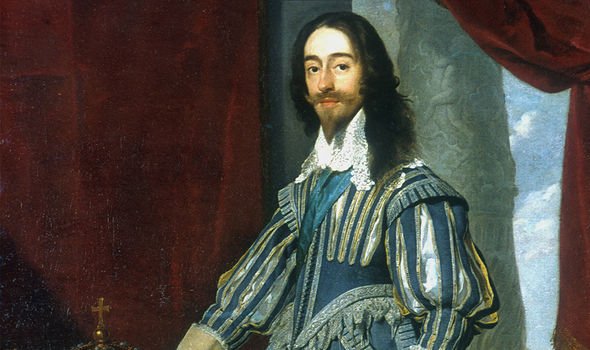 As a result, the statesman’s time in the seat of power only reinforced calls for a constitutional monarchy within Britain.

As History.com remarked, Cromwell is a divisive figure — dubbed a dictator by former Prime Minister Winston Churchill — but credited by some “for helping to lead Great Britain toward a constitutional Government”.

His son Richard succeeded Cromwell when he died in 1658, but he soon lost support from both the military and the Parliament.

History.com explained that a new Parliament was formed and constitutional reforms were passed to re-established the monarchy to avoid another domineering rule such as Cromwell’s.

Charles I’s son, Charles II, was selected as the heir. 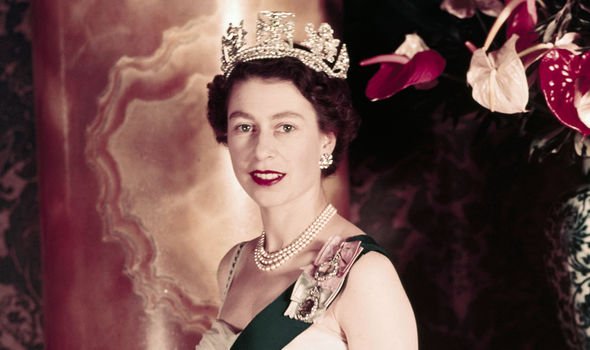 Royal Central noted: “Charles II left the Continent on the 23rd of May 1660 and landed in Dover on the 25th.

“Four days later, on his 30th birthday, King Charles II entered London to the great jubilation of the populace, some of whom regarded his return as a divinely ordained miracle that confirmed God’s establishment and blessing of the English monarchy.”

This became known as the English Restoration.

Cromwell’s body was exhumed from Westminster Abbey on the 12th anniversary of Charles I’s execution, two years after his death.

He was beheaded and his head was placed on a pole outside Westminster Hall for more than two decades afterwards.

Without the English Civil War, however, the royal institution would not have reformed into the constitutional monarchy which the Queen resides over today.