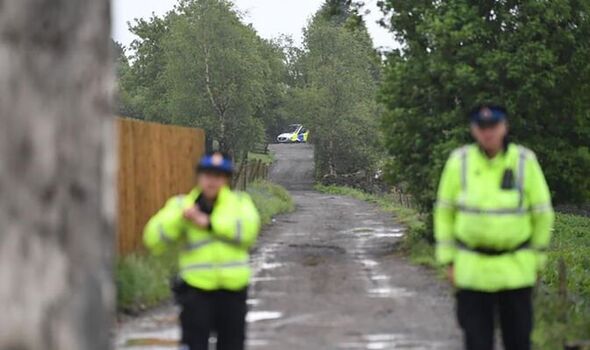 Daniel Twigg was attacked outside a property in Rochdale, Greater Manchester, on Sunday afternoon. The youngster was rushed to hospital from the scene but tragically died a short time later.

A 48-year-old man has been arrested in connection with the incident after handing himself in. He was arrested under the Dangerous Dogs Act 1991 and remains in custody, Manchester Evening News reports.

Police also confirmed the dog in question was a Cane Corso, and has since been put down.

Several other dogs have also been seized and enquiries in relation to them are ongoing.

Police said Daniel was outside his home with a number of dogs before the incident. He was found with serious injuries.

Officers remain at the scene today as a complex investigation continues.

Greater Manchester Police (GMP) detectives are reviewing “other incidents of note” and a referral has been made to the police watchdog due to “previous contact” with the force.

Detective Chief Inspector Gina Brennand, of GMP’s Major Incident Team, said: “I send my condolences to Daniel’s loved ones. This is a heart-breaking time for them, specially trained colleagues are supporting them.

“Though a man is in custody, our investigation is very much ongoing to establish the full circumstances surrounding this incident and ensure any criminal offences in relation to Sunday’s incident are identified and prosecutions sought.

“Meanwhile, officers are also reviewing other incidents of note. Due to previous contact, GMP’s Professional Standards Branch has referred the incident for review by the Independent Office for Police Conduct.

“We understand that this incident has had an impact on the community but we ask members of the public and the media to refrain from speculating whilst we complete our investigation and any subsequent proceedings are concluded.”