Local media reported that they were found clambering up rocks.

Police said they were alerted just before 7am over concerns for people in a boat off the Dover coast.

The Border Force responded and apprehended the group, with a Home Office spokeswoman saying they will be “processed in line with the immigration rules”.

There have been a number of similar incidents over the last week.

On Friday, seven people – also believed to be Iranians – were picked up at Samphire Hoe near Dover after arriving in an inflatable boat with a small engine. 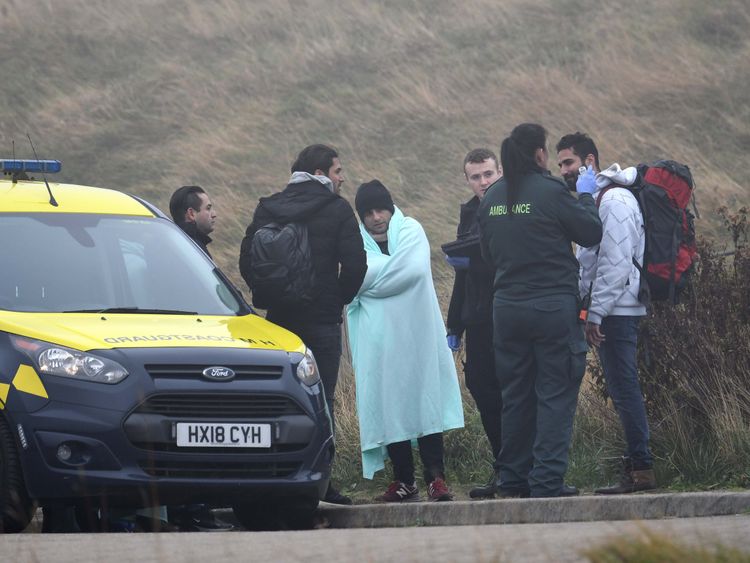 Three more boats were intercepted off Kent on Wednesday morning and afternoon, with a total of 24 people picked up – including a toddler.

On Tuesday, 14 men and three minors – all Iranian – were stopped at Dover harbour after trying to get into the UK on a fishing boat.

The boat was reportedly stolen from from Boulogne-sur-Mer in France.

The Home Office said three had claimed to be Iranian, while four said they were from Iraq.

A spokeswoman said: “We are alert to the risk posed by people attempting to reach the UK illegally via small boats.

“This year we have increased the number of coastal patrol vessels and, in light of recent events, have stepped up deployments along the South-East coast.

“We continue to work closely with law enforcement partners in the UK and overseas to tackle people smuggling at source.

“Nobody should put their life at risk attempting to smuggle themselves into the UK across the Channel. Thankfully, this route to the UK remains relatively rare.”