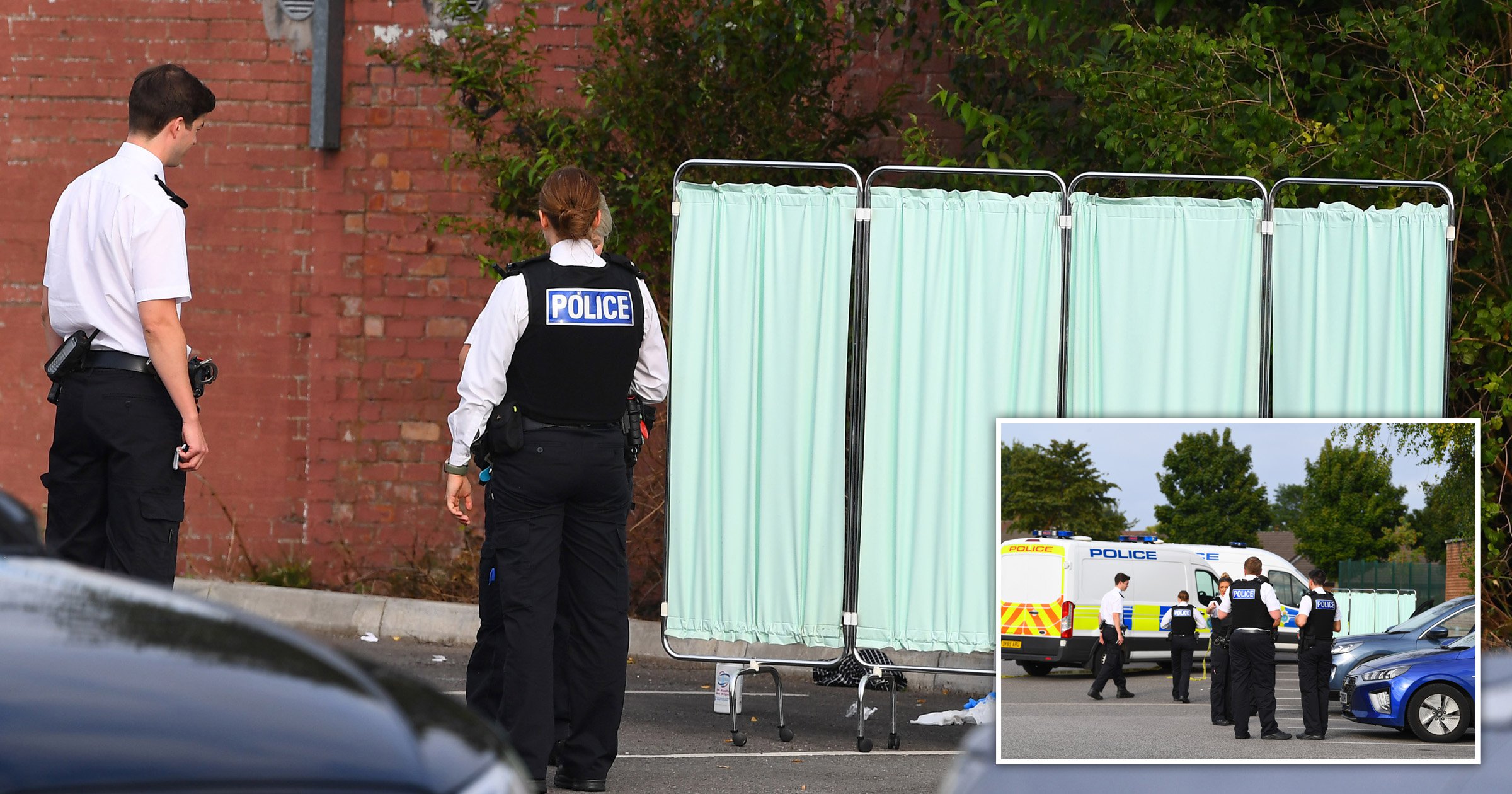 A suspected paedophile ‘stabbed himself in the neck’ outside a police station after he was confronted.

Graphic footage of the incident was posted on Facebook Live yesterday.

It reportedly showed the man reaching into his car and pulling out a knife before slitting his own throat.

The video, which could not be verified by Metro.co.uk, has now been removed from social media.

It happened outside a police station in Liverpool and, according to reports, came after the suspect was confronted by so-called ‘paedophile hunters’.

He survived the incident and is in a ‘stable condition’, officials confirmed.

A medical tent was erected at the scene outside Kirkby Police Station and a cordon remained in place as of this morning.

Merseyside Police confirmed they were called to the incident at 5pm yesterday evening.

A 55-year-old man from Kirkby was later arrested on suspicion of grooming a child under 14 and possession of a bladed article.

A Merseyside Police spokesperson said: ‘At around 5pm officers attended an incident near Kirkby Police Station where a man was detained.

‘The man was taken to hospital with serious injuries to his throat following the incident where he remains in a stable condition.

‘A 55-year-old man from Kirkby was later arrested on suspicion of grooming a child under 14 and possession of a bladed article.

‘An investigation is underway and a scene in place in the area whilst officers continue witness enquiries and examine CCTV footage.

‘Please be mindful that this is a live investigation and not to speculate about the circumstances of this incident as it could jeopardise our enquiries.’