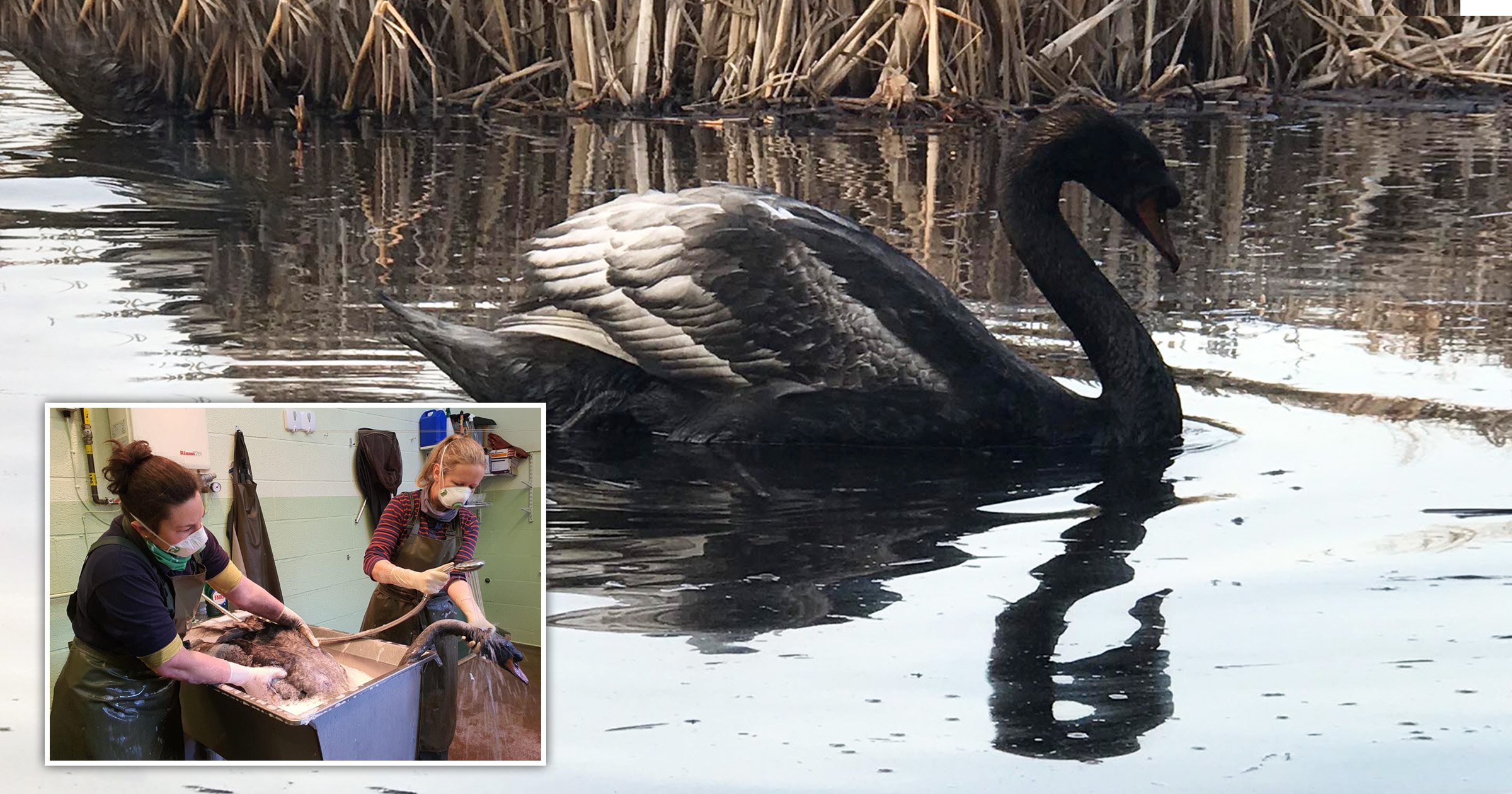 Animal experts have put out a call for donations of Fairy liquid to help clean as black swan that should be white.

The bird was found over the weekend covered in a black substance, believed to be tone from a printer cartridge dumped in its pond in Westbury, Wiltshire.

Steph Daly, an RSPCA inspector, said: ‘I was horrified because it looked like a black swan.

‘We’re still really baffled as to what this substance is. He’s been washed a number of times but it’s not all off yet.

‘Out of all the washing up liquids, it’s only Fairy they use and they’ve put a shout out for donations because they get through quite a lot.’

Her colleague Miranda Albinson said: ‘The bird was preening to try and clean off the substance but while they are doing this they are not feeding and they will become weak so we have to act fast before this happens.

‘If a substance like this is not removed from waterbirds it reduces the natural waterproofing in their plumage, leaving them at risk of dying from hypothermia – so it is vital that they are treated as soon as possible.

The Environment Agency said the ‘pollution was contained and not likely to worsen’.

Steph added: ‘We were really concerned because of the state of it. We assumed it was oil but it’s more powdery like photocopier ink toner.’

The charity said staff were ‘busy with the job of washing the substance off’ but with each wash taking 30 minutes, it was ‘labour intensive’.

‘It sounds like there was a deliberate act of someone disposing of something they shouldn’t have done,” said Ian Withers, from the agency.

‘We will follow up and try and find the perpetrators.’

Persimmon Homes Wessex, which owns the land, said it will ‘work closely with the local council to help find a resolution’.