Prime Minister Boris Johnson’s Brexit trade deal divided opinion before receiving backing from the Houses of Parliament. Conservative Party allies – including the eurosceptic European Research Group of Tory MPs – backed the deal, saying it preserves UK sovereignty. Nigel Farage branded the deal a “betrayal” to fishermen, but later threw his support behind it, saying it’s “not perfect but, goodness me, still progress”. Labour leader Sir Keir Starmer whipped his MPs to vote for the deal, but branded it “thin”.

One country that would have watched the negotiations closely is Switzerland, as the Swiss are embroiled in their own dispute with the EU.

The country’s media also had their verdict on Mr Johnson’s Brexit deal in December.

The German-language public broadcaster SRF online site concludes the Brexit accord is a “short term political victory” but a “huge ideological loss” for the UK.

It added: “There is a high price to pay. It will work out temporarily for both sides. In the long run, the partnership between the UK and the EU will have to be stronger again. The common interests are significant.”

The Tamedia online news websites in Switzerland said the agreement was good news for the end of the year. 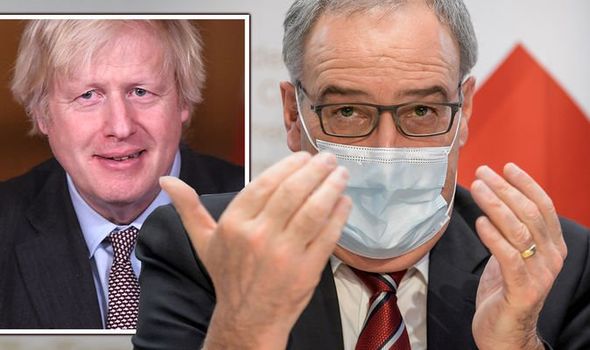 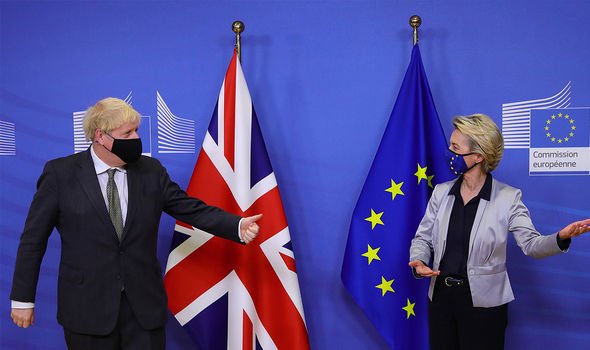 They said: “It is a victory of reason, a deal against chaos. (….) But the price tag for the divorce is not known yet.”

German language newspapers warned: “Britain will be in constant negotiations with the EU over the next years and probably decades.

“Just like Switzerland has done in the past years and decades, the UK will try to wring a series of sectoral accords from the EU to complement the free trade deal.”

When the UK and the EU finally secured a post-Brexit trade deal, Swiss Prime Minister Guy Parmelin said this was “good news for the whole world, including for Switzerland”.

Switzerland has also been negotiating with the EU over an institutional framework agreement. 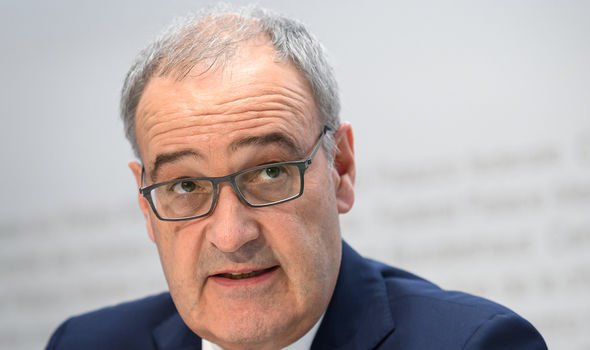 Negotiations for the partnership began in 2014, but are still to reach a formal conclusion.

This process has been marred by fallout over stock markets after the EU chose not to recognise Switzerland’s equivalence in 2019, resulting in investment firms in the bloc being prevented from trading on the Swiss stock exchange.

Mr Parmelin warned the EU in 2019 that Switzerland could do a deal with the UK instead, blaming Brussels’ “dogmatic” approach.

He said: “We want a good solution that can win majority support, and that is not the case at the moment.

“I don’t think we can wrap up this year. Our agenda and that of the EU allow a conclusion only next year at the earliest.

“I think the EU would weaken itself if it no longer cooperated with Switzerland on research. 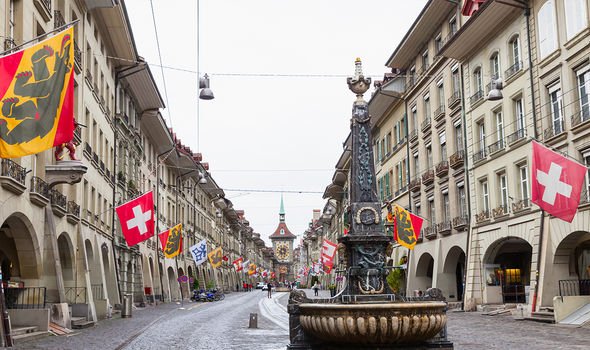 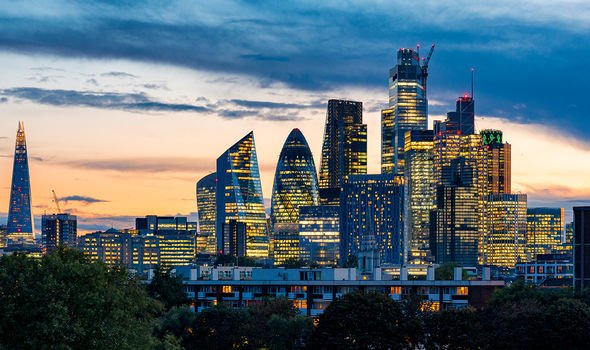 “We are then forced to seek alternatives, perhaps along with Britain, if the EU remains dogmatic.”

The UK Government announced last month that formal talks with Bern had commenced in a bid to broker a new post-Brexit financial services agreement.

Chancellor Rishi Sunak said the potential deal with Switzerland represents an opportunity for the UK as it looks to broaden its horizons after Brexit.

He said: “The UK and Switzerland are both global financial centres, with a shared commitment to high standards of regulation, market integrity and investor protection.

“Our ambition is to deliver one of the most comprehensive agreements of its kind in financial services as part of our plan to seize new opportunities in the global economy now we have left the EU.”