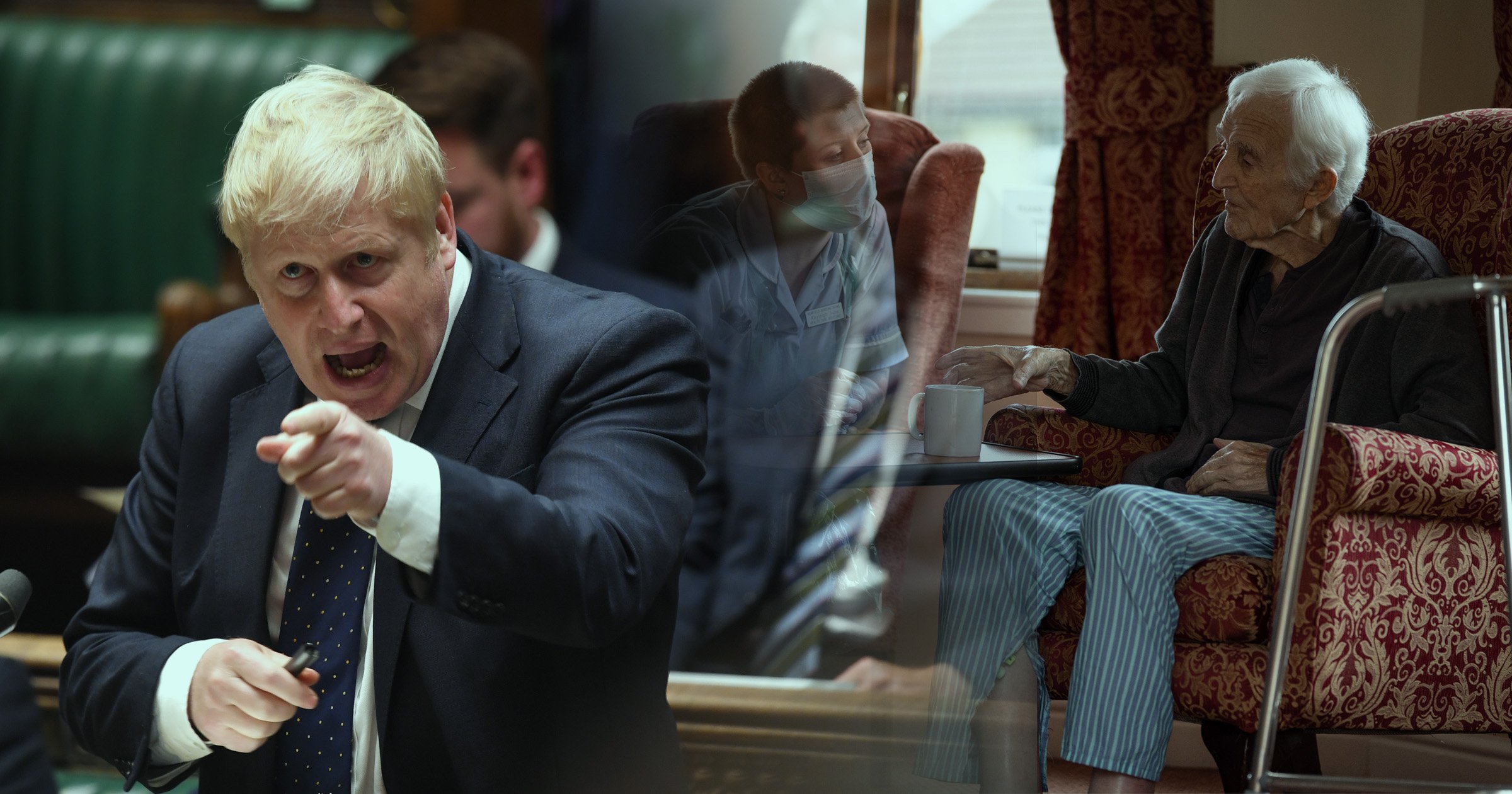 Boris Johnson has promised his Government ‘will not duck the tough decisions’ ahead of announcing a manifesto-busting tax raid to ‘fix’ social care.

The Prime Minister is expected to defy criticism from his own MPs by increasing National Insurance for 25 million workers.

No 10 has remained tight-lipped on the detail, but reports have suggested that lifetime contributions on care will be capped at about £80,000 and National Insurance will be increased by 1.25% to raise between £10 billion and £11 billion per year.

The prime minister will reveal his plans to his Cabinet on Tuesday morning, before making a statement in Parliament later in the day.

Following that, the PM – along with Chancellor Rishi Sunak and Health Secretary Sajid Javid – will give a press conference on Tuesday afternoon.

Some reports have suggested the rise will be 1% following a Cabinet backlash on the proposals, though some members pushed for a hike of 2%.

Mr Johnson warned last night the NHS ‘cannot recover’ from the pandemic without a massive cash injection and said it was time to end the scandal of pensioners having to sell their homes to fund care in later life.

But many within the Conservative party are furious at the plan to fix the system by rising tax – which breaks a promise made in the 2019 General Election manifesto.

Former Conservative leader Sir Iain Duncan Smith told The Telegraph the plans were a ‘sham’ because they did not reform the social care system.

The newspaper reported the Government was even considering holding a snap vote in the Commons this week amid the growing discontent.

According to the Guardian, a Conservative frontbencher is considering their position over the plans.

In a bid to bring people on board, Mr Sunak is reported to have reminded a reception of the 1922 committee of backbench Conservative MPs on Monday evening of the importance of loyalty.

He told them: ‘It’s fair to say that we’ve got a tough autumn ahead. That doesn’t mean there won’t be disagreements, there always are, but we should never lose sight of the central fact that we are a team.’

Mr Johnson is understood to have not addressed social care directly at the event.

Instead, one observer said the PM spoke about the ‘great triumphs’ of the summer including England’s sporting success at the Euros and the Olympics, and suggested that if Sir Keir Starmer had been in charge the country would still be in lockdown.

Last night, No 10 said a lack of integration between health and social care often sees people ‘stuck in the wrong care setting, and families worry about meeting the costs of care if they leave NHS provision’.

And Downing Street dubbed as ‘unfair and often catastrophic’ the situation where someone who has dementia may have to pay for their care in full, while someone cared for by the NHS would receive care for free.

It said one in seven people now pays more than £100,000 for their care, and said the system can lead to ‘spiralling costs and the complete liquidation of someone’s assets’.

Under current arrangements, anyone with assets over £23,350 pays for their care in full, but No 10 said the costs were ‘catastrophic and often unpredictable’.

Mr Johnson said: ‘We must act now to ensure the health and care system has the long term funding it needs to continue fighting Covid and start tackling the backlogs, and end the injustice of catastrophic costs for social care.

‘My Government will not duck the tough decisions needed to get NHS patients the treatment they need and to fix our broken social care system.’

The changes would only apply in England, as Scotland, Wales and Northern Ireland have separate arrangements for social care.

It is not yet clear how any national insurance rise would be dealt with in the devolved nations.

Labour criticised the plan and signalled its intention not to support it.

Shadow health secretary Jonathan Ashworth said: ‘A long-term plan on social care and a rescue plan to address the crisis the NHS has been in for years are both long overdue.

‘The Prime Minister must set out how he will bring down waiting lists quickly, support the NHS workforce, fix crumbling hospitals and deliver modern equipment to speed up diagnosis of deadly diseases, and crucially, ensure more people can access the social care they need.’

Earlier, a Government minister acknowledged there were no easy solutions but insisted that they had to take advantage of the opportunity offered by Mr Johnson’s 2019 general election win.

Armed Forces minister James Heappey told LBC: ‘This is going to be hard, there will be no consensus, but we have to try, because if you can’t do it with a majority of 80, when can you?’

However former minister Jake Berry, leader of the Northern Research Group of Tory MPs, warned against a policy that appeared aimed at elderly voters in affluent southern seats.

Writing in The Times, former Conservative party leader Lord Hague said breaching a manifesto commitment by increasing National Insurance would be a ‘defining moment’ for the Prime Minister.

He said such a move would result in a ‘loss of credibility when making future election commitments, a blurring of the distinction between Tory and Labour philosophies, a recruiting cry for fringe parties on the right, and an impression given to the world that the UK is heading for higher taxes.

‘That adds up to an extremely high price, and if I was still in cabinet I would be on the very reluctant end of the argument about funding social care through a tax rise that is seen as breaking an election promise.’

‘A tax on jobs when you want to promote more and better-paid employment is particularly stupid,’ he said.