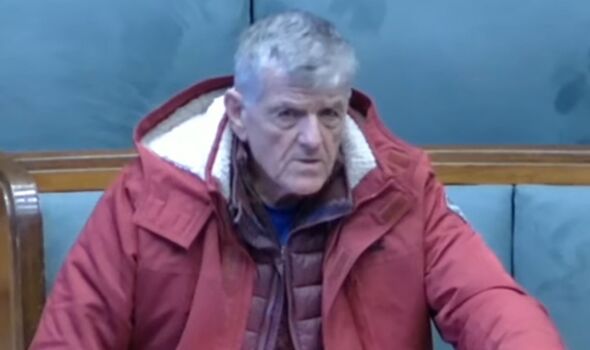 A taxi driver has been suspended after being “rude and abusive” towards a disabled driver.

Malcolm Rogers has been suspended for one month after the complaint was upheld against him.

The registered disabled driver said Mr Rogers was rude and abusive towards him on Pittville Street on October 20; he reported the cabbie that same day.

The complainant also said Mr Rogers questioned the genuineness of his disability in front of members of the public, which he found upsetting, reports Gloucestershire Live.

The complainant said: “The taxi driver came up so close to me, so quickly, it was almost like it was intentional.

“I was already reversing, I know this as my reversing sensors on my car went haywire when the car got close.

“I looked behind and I could see the taxi, and I thought ‘where the hell have you just come from?’.

“It was clear from seeing his car that he was a taxi driver and I thought he’d move back and then go in front of me onto the taxi rank.

“There was space in front of me for him to pull into but he didn’t move, he just sat there.

“I attempted to reverse a little bit more, so the driver would see that I’m reversing into the disabled space. I only went back a few inches and he beeped his horn at me.

“At first he refused to move and finally after a while, probably only a minute but it often feels longer, he moved out.

“I reversed into the disabled space and the taxi the driver then pulled into the taxi rank in front of me.

“I placed my blue badge onto my dashboard and got out of my car.”

He said he looked into the taxi as he walked past and Mr Rogers looked back and gestured to him by putting his hands up into the air.

“It looked like he said something too but I couldn’t hear because his window was up. I shrugged my shoulders in the same way back to him and he then opened the door and said ‘come here’ and proceeded to get out of his car.”

He said he asked Mr Rogers if he did not see him reversing into the disabled bay. Mr Rogers replied “well you’re in a taxi rank”, he said.

“I said to him, ‘that’s a disabled bay, you can’t park there anyway’. He then said ‘you’re not disabled there’s nothing wrong with you’ and I said to him ‘the badge is on the dashboard, go and have a look’.”

He claims Mr Rogers then said he didn’t care about the badge and that there was nothing wrong with him. “I said to him, ‘How do you know? I could have terminal cancer which isn’t necessarily noticeable’.

“It left me feeling disgusted and appalled, not to mention uncomfortable.

“I shouldn’t need to explain my disability to anyone, let alone in front of the eyes of so many members of the public.”

Mr Rogers told the committee that he disputed what the complainant claimed he had said.

He also said he had been suffering from anxiety and would not have made the comments about cancer.

“My daughter has been diagnosed with cancer, my son is due to have an operation on his spine and my wife has an aneurysm in her head and is awaiting surgery, so the last thing I want is any other problems with people like this.

“I understand that he was probably upset from road rage, and needed to get it off his chest, but it really was not this serious.

“I did not say anything at all to the driver other than inform him that he was parked on a taxi rank.”

The committee voted to suspend Mr Rogers for a month and delegate to officers to set out the type of training required. This course will have to be completed at his own expense.

Mr Rogers has 21 days to appeal the decision. If no appeal is made the licence will be suspended for one month.

If the training course is not completed satisfactorily, Mr Rogers will have to return before the licensing sub-committee.