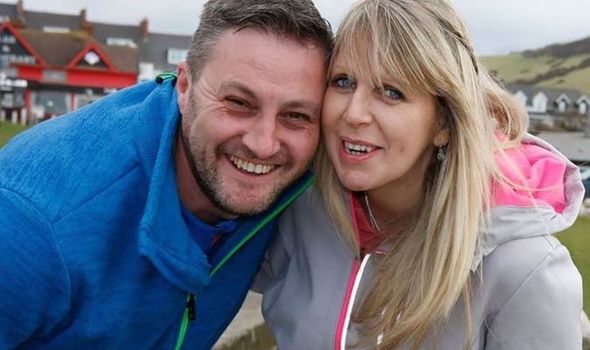 Emma Grainger slumped into unconsciousness following hydrocortisone injections to ease migraines, and now her partner Adrian Casey faces finding £200,000 for medical bills and to get her back to the UK. The couple had moved from the UK in 2019 for teaching jobs in Shanghai.

Emma was to have eight hydrocortisone injections in her spine to ease back problems and migraine but, after the fifth in February, she stopped breathing and her heart stopped.

The teacher has been comatose ever since, reports Birmingham Live.

“She effectively died in front of my eyes,” Adrian said.

“They revived her heart, but she still could not breathe.

“She was rushed to the emergency room and then placed into ICU (Intensive Care Unit). She has been in a coma, fighting for her life ever since. I am having a bureaucratic nightmare with Chinese lawyers and insurance companies, who are simply not paying what they should be for her care.

“I cannot afford to pay for her care for much longer.”

Adrian even had to pay £6 to have her head shaved before a life-saving op.

I can’t physically hold her hand and speak to her, which is pretty distressing

The despairing boyfriend is pursuing his own action against the clinic involved. But the tangled, complex legal system in the communist state has slowed his claim to a near standstill.

To add to the heartbreak, Adrian has been denied a hospital visit for four months because of Covid restrictions.

Adrian, who lived with Emma in Bridgnorth, Shropshire, before moving abroad, estimates he’ll have to find a further £20,000 for flights home.

For an able-bodied individual, one-way flights from Shanghai are £3,000 but Emma is comatose and has no cognitive response.

Adrian said: “I can’t physically hold her hand and speak to her, which is pretty distressing.

“The prognosis is not good – they said this might be it forever, but she is stable. Her eyes are open, but there is no cognitive response. She is clinically in a coma.”

He added: “I am not a surgeon, I am only going on what I’ve been told. The long term is not positive. She is not at risk of death.

“If I give up hope, what is there left? I am the only hope she has.

“I get the impression everyone else wishes she would die because it would make life easier. They wouldn’t have the financial burden then.

“I know that sounds horrible, but it is my personal feeling. I feel I’m the only one who wants a positive outcome.

“The embassy won’t help because they don’t deem it an emergency. There must be someone, somewhere who cares about their citizens and will assist.

“My main aim is to get her home because she can’t stay in a Chinese hospital forever. Whether repatriation is possible in the current climate, I don’t know.”

Adrian described himself as “stuck between a rock and a hard place”.

His civil claim for negligence against the clinic responsible will, he admits, “take forever”. But while it still slowly progresses, medics have hope they will one day be paid. They will allow Emma’s bill to continue to rise.

If that hope is snuffed out, the patient and her partner will be plunged into a very dark place.

“I cannot give up hope,” said Adrian, “because I genuinely don’t know what will happen if it doesn’t proceed. Emma would be legally responsible for the bill.

“Sometimes, China can be a scary place. You don’t have that legal comfort you have at home. The point is, they change things overnight because they can. If they make a decision, that’s it.”

A GoFundMe appeal, set up at the start of the tragedy, has to date raised £6,100. That is a drop in the ocean.

In the GoFundMe appeal, Adrian spelt out the scale of the crisis.

You can donate to help bring Emma home here.