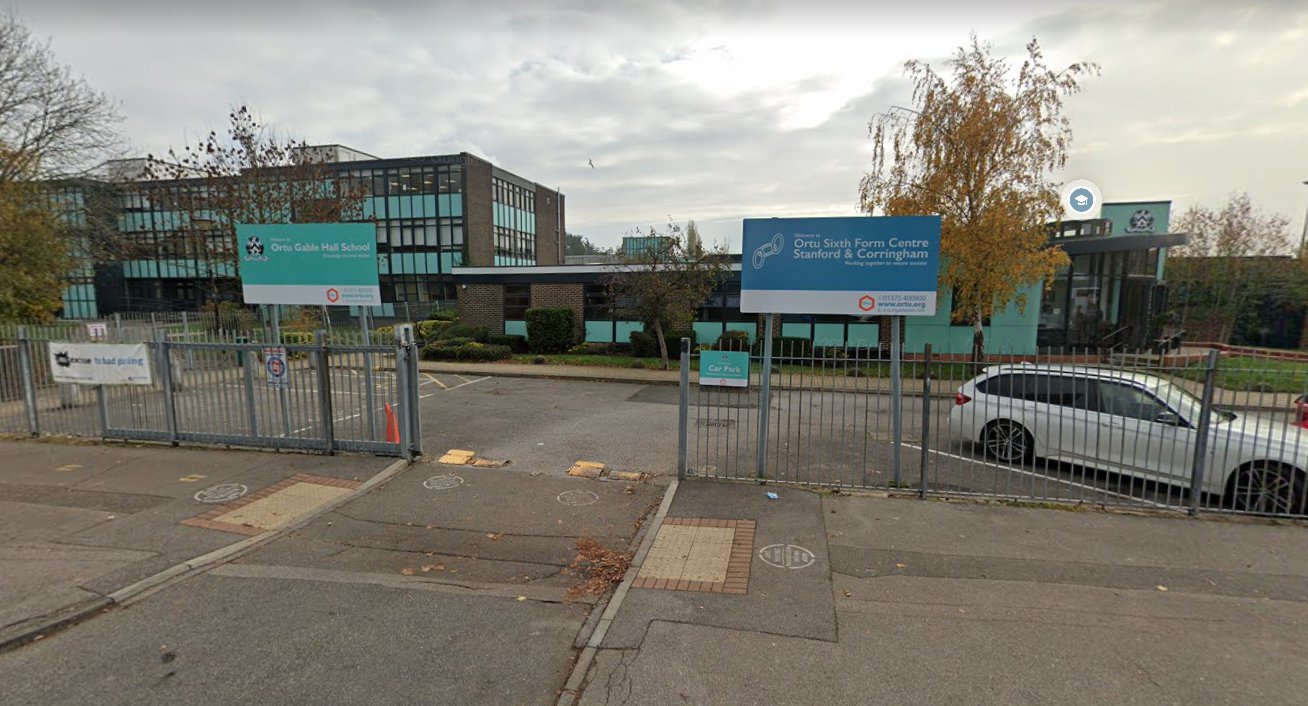 A teacher who allegedly referred to pupils as ‘cowards’ and ‘retards’ has been suspended.

The comments were reportedly made during an emergency assembly with year 11 students which had been convened to address the poor behaviour of some students.

But the furious male teacher allegedly lost his cool and launched into a foul-mouthed tirade.

A social media post claiming he called children ‘chicken s***s’ caught the attention of school bosses and an investigation was launched.

But now some parents of pupils at Gable Hall School in Corringham, Essex, want him reinstated and praised his frank address.

Commenting on Facebook, Jayne Louise said that she was ‘at a loss how this poor fantastic teacher is being suspended’.

She added: ‘Over 80% [of parents and pupils] are fed up with those kids in question and are saying what a fantastic teacher he is.’

Tegan Herbing, who claims to be a former pupil at the school, said the suspended teacher was an ‘absolutely amazing and supportive teacher’.

She said on Facebook: ‘As a past student from that school can speak from experience that the kids are absolutely awful and can almost guarantee they needed to be put in their places.

‘Gable would be at an absolute loss if they lost [the teacher].’

Others took to social media to slam the pupils who complained about the teacher, calling them a ‘bunch of snowflakes’.

Samantha Taylor said: ‘Come on he said a few bad words oh no. Grow up.’

Moose Dineen agreed, writing: ‘If these kids are offended by a few words from a teacher what hope have they got when they get out in the big wide world.’

In a statement, headteacher Ceri Evans said that the teacher will remain suspended until an internal investigation is completed.

He said: ‘It has come to my attention that a member of my teaching staff has made derogatory comments to the cohort of year 11 students.

‘As a school we do not tolerate or accept such behaviour.

‘A formal investigation is now underway which has been assigned to a senior leader within the Ortu trust.

‘The teacher is suspended pending the outcome of the investigation.

‘The decision of the investigation will be implemented by myself with the support of the governing body.’