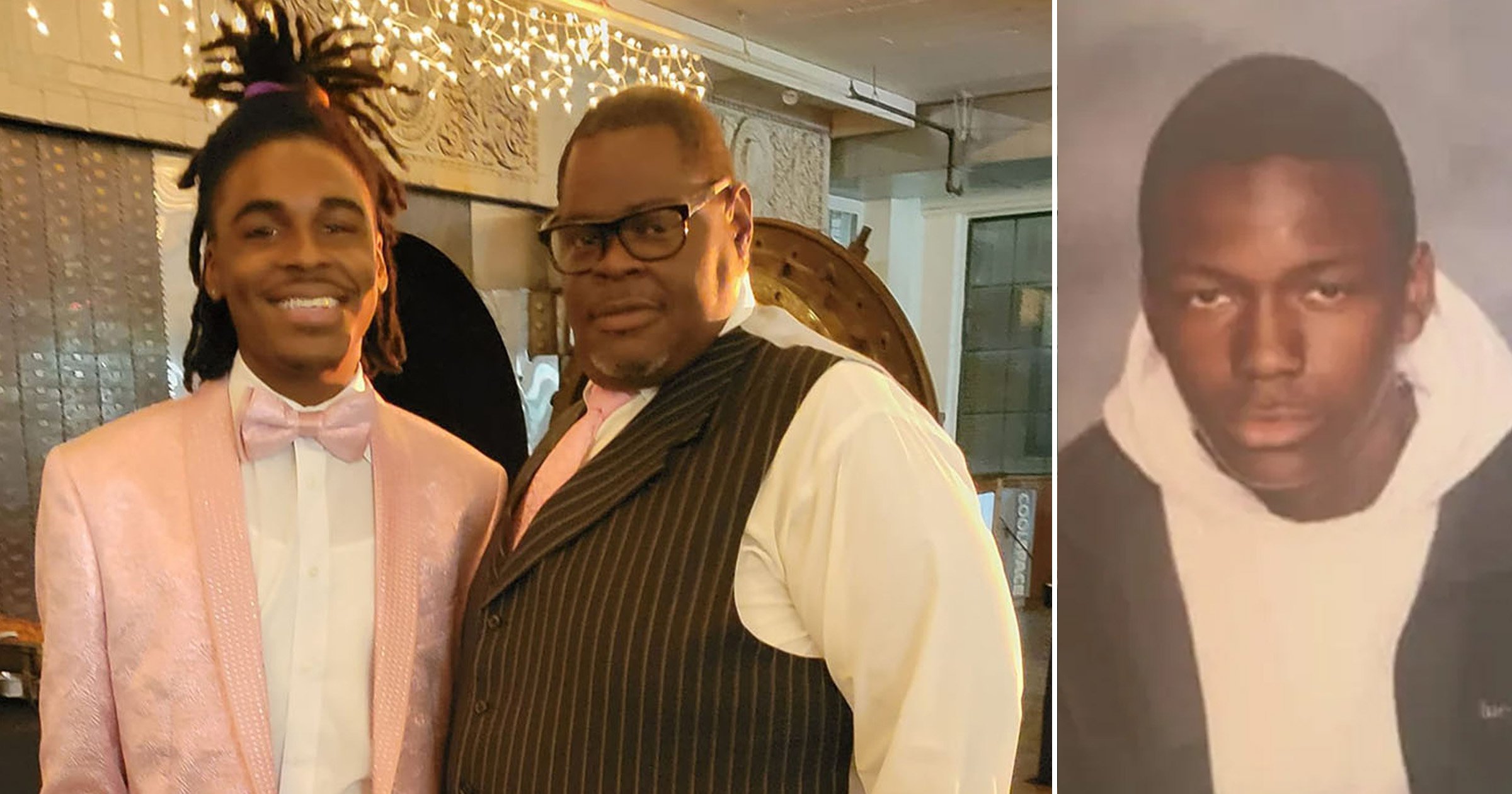 A teacher was fortunate to dodge a bullet during the St Louis high school shooting – but discovered shortly after that his son had been hit.

Manfret McGhee, who is Central Visual and Performing Arts High School’s dean of arts, was in a meeting on Monday morning when he heard an announcement of an active shooter on campus. The gunman killed two, before being shot dead by police.

‘I stepped into the hallway to find out a little more about what was going on and at that moment the shooter was in the hallway and fired a shot at myself and another coworker,’ he told KDSK.

As McGhee ran for cover and hid in a bathroom, all he had on his mind was his youngest son, Anthony, 16, who was in health class. McGhee, who did not have his cell phone with him, listened for gunshots and came out when he felt it was safe.

McGhee was then told that his son had been shot, and ran to the second floor classroom.

‘When I first saw him, I saw a massive hole in his pant leg and all I could think of was, “My God, what did he get shot with?”’ said McGhee. ‘I wore a suit to work this morning, so I took my belt off to stop some of the bleeding.’

McGhee said his son told him that the classroom was locked and that the gunman shot some glass off the door, reached in and unlocked it, and entered and fired in the room.

‘My son did not jump out the window, but he helped some students get out of the window,’ said McGhee, who said he saw fear in his son’s eyes as he lay on an ambulance stretcher.

‘I had to hold it together for him, I had to be strong for him.’

McGhee recounted the horrific incident 20 minutes after his son got out of surgery at Barnes-Jewish Hospital.

The shooter has been identified as Orlando Harris, 19, a student who was described as an isolated loner. Harris stormed the high school in Missouri with an AR-15-style rifle and over 600 rounds of ammunition. He killed tenth grader Alexandria Bell, 15, and physical education teacher Jean Kuczka, 61.

In a chilling note he left, Harris complained that he did not have family, friends or a girlfriend.

‘I’ve never had a social life,’ wrote Harris. ‘I’ve been an isolated loner my entire life.’

He said his life was the ‘perfect storm for a mass shooter’.

Harris, who was killed in a shootout with police, injured seven others including Anthony.

McGhee said Harris was ‘a somewhat quiet student, kind of like a gamer’ and was into video games.

Asked if he was surprised Harris was the shooter, McGhee said he was shocked that the massacre itself occurred. McGhee said he saw Kuczka on her way to work that morning.

‘She had worked there longer than I had, and I’ve known her all this time,’ McGhee said.

‘She was a beautiful soul… A wonderful soul.’