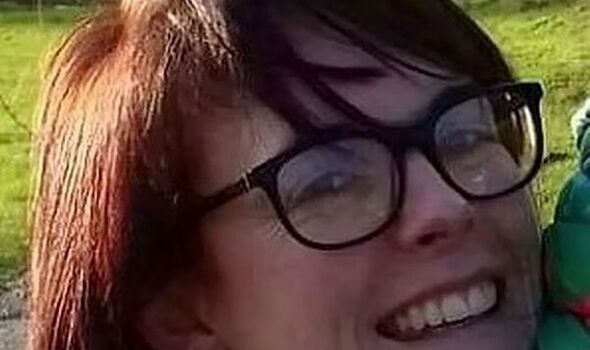 A pervert teacher who sexually touched a schoolgirl during a “15-month affair” has been banned from teaching for life. Aimee Jones was working at a school in Darlington when she was arrested by police officers and taken in for questioning.

The 36-year-old began an eight-month jail term last November after she admitted four counts of abusing a position of trust by engaging in sexual activity with a girl aged between 13 and 17 being cared for in school premises.

The mum, who was placed on the sex offenders’ register for 10 years, has now been banned from teaching indefinitely after a misconduct panel met this month.

The panel “considered that public confidence in the profession could be seriously weakened if conduct such as that found against Mrs Jones was not treated with the utmost seriousness”.

Following a recommendation in favour of a prohibition order from the panel, Alan Meyrick, decision maker for the secretary of state, said: “Mrs Aimee Jones is prohibited from teaching indefinitely and cannot teach in any school, sixth form college, relevant youth accommodation or children’s home in England.

“Furthermore, in view of the seriousness of the allegation found proved against her, I have decided that Mrs Aimee Jones shall not be entitled to apply for restoration of her eligibility to teach.”

Teesside Crown Court previously heard how Jones initially approached her victim at school and told the teenager she was bisexual and that she was “having feelings of attraction towards her”.

The pair then began messaging over text – messages that were described as not overtly sexual but were “chatty, polite and pleasant” – however made clear that Jones was interested in her victim.

Months after the initial contact, the pair met at a park in Sedgefield and would hold hands. They walked in remote parts of the park and sit in Jones’s car where they kissed, embraced and on one occasion they both removed their upper clothing.

Jones knew she was taking risks and continued to teach her victim during the period of abuse. The extent of her crimes came to light when her husband began to suspect she was having an affair.

The mum-of-one, who lived in Richmond, North Yorks, initially lied claiming she was having an affair with a female teaching assistant at the school and attempted to persuade the school to pretend there was a fictitious teaching assistant to deter her husband – although it was accepted this was not to hinder the police investigation.

Teaching Regulation Authority documents outline how Jones was on school premises when she was arrested by officers and went on to make full admissions in interview.

The disgraced former teacher did not attend the hearing and did not offer any mitigation to be considered.

The panel found Jones’s actions to be deliberate and there was no evidence to suggest that she was acting under extreme duress.

Despite sentencing comments by Judge Chris Smith stating there is “nothing to suggest that, save for this offending, you were anything other than a respected and good teacher”, no evidence was submitted to demonstrate Jones had achieved exceptionally high standards in her personal or professional conduct.

There was also no evidence that she contributed significantly to the education sector. Misconduct documents states: “The panel was of the view that prohibition was both proportionate and appropriate.

“The panel decided that the public interest considerations outweighed the interests of Mrs Jones. The extremely serious nature of Mrs Jones’ offences and the fact that they involved sexual activity, sexual communication with a child and an inappropriate relationship with a child were significant factors in forming that opinion.

“Accordingly, the panel made a recommendation to the Secretary of State that a prohibition order should be imposed with immediate effect.”

Teachers must uphold public trust in the profession and maintain high standards of ethics and behaviour, within and outside of school by treating pupils with dignity, building relationships rooted in mutual respect, and at all times observing proper boundaries and having a regard for the need of safe guarding pupils’ well-being

Teachers must have an understanding of, and always act within, the statutory frameworks which set out their professional duties and responsibilities

Jones has a right of appeal to the King’s Bench Division of the High Court within 28 days from the date she is given notice of this order.