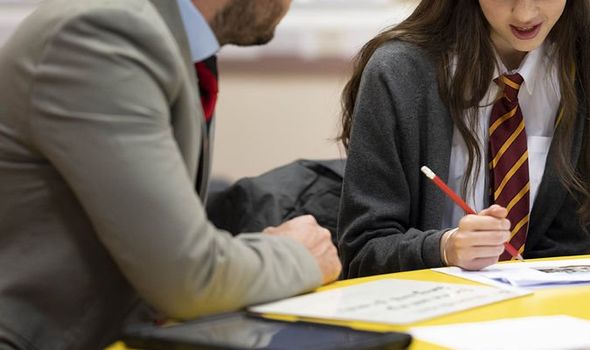 The term is not just struggling to answer a few sums, there is an actual definition for maths anxiety. The actual definition is: “A feeling of tension and anxiety that interferes with the manipulation of numbers and the solving of mathematical problems in ordinary life and academic situations.”

An associate professor in psychology at The University of Derby, Dr. Thomas Hunt says “It’s a bit of a taboo subject in some respects because it’s rarely spoken about in the open.

“I think teachers, especially trainee teachers, want to make a good impression as there are assumptions on the knowledge they are expected to have.

“When I’ve spoken to teachers and programme leaders and lecturers who are involved in teacher training programmes maths anxiety is a considerable issue and something that they don’t always know to best deal with.”

It’s not just an issue for pupils and because teachers can develop it too, it is an issue because it’s said to stop individuals, who want to become teachers, getting into teacher training in the first place.

Thomas, who is also the leader of The Mathematics Anxiety Research Group, continued: “It’s been a real push to encourage people to train in stem subjects, we know that maths anxiety is a genuine concern in the population.

“Part of the issue is to what extent is it impacting people’s decision making to train as a teacher.”

Research amongst a student population at university suggest that those students who are aiming to become a primary school teacher are the most maths anxious.

“This is a worry, especially on the fact that research has identified a relationship between maths anxiety and student outcomes.

“It’s a worry in terms of the well-being of teachers, how that level will contribute to their general stress level, and the impact of children’s education.”

A teacher whom struggles with the maths anxiety and deals with a large number of pupils may also create a negative impact on the student’s academic outcomes.

Thomas continued: “We actually published an article a couple of years ago where we translated a Turkish scale for maths anxiety and tested it on over 100 primary school and trainee teachers across the UK.

“We found that the teachers with longer experience in the job had lower levels of anxiety, and those who were in training were much more anxious.”

Which begs the question, is it the fear of maths generally, or something specific about teaching maths?

“We have identified two factors, one that derives from anxiety and confidence associated with yourself as a teacher, the other was anxiety directed towards pupils.

It would seem that anxiety associated with this particular component doesn’t appear to change in relation to experience.

Thomas concluded: “There is a minority of 14 per cent experiencing maths teaching anxiety more than just sometimes, which may seem like a small number (127 people) but what does that mean in terms of scaling that up in the wider population of teachers?

“You might only have one or two teachers in a whole school who say that they experience maths anxiety ‘often’ or ‘very often’ on the scale, but what does that mean if they are teaching a class of 30 children?

“It suggests that they need support, and more conversations need to be had so they aren’t experiencing stress.

“Conversations about maths anxiety will have a knock on effect of helping children too, to avoid transferring anxiety onto the students.”

The Mathematics Anxiety Research Group even offers a ‘maths anxiety crash course’ to combat maths anxiety and explain it deeper for those who may be dealing with it.