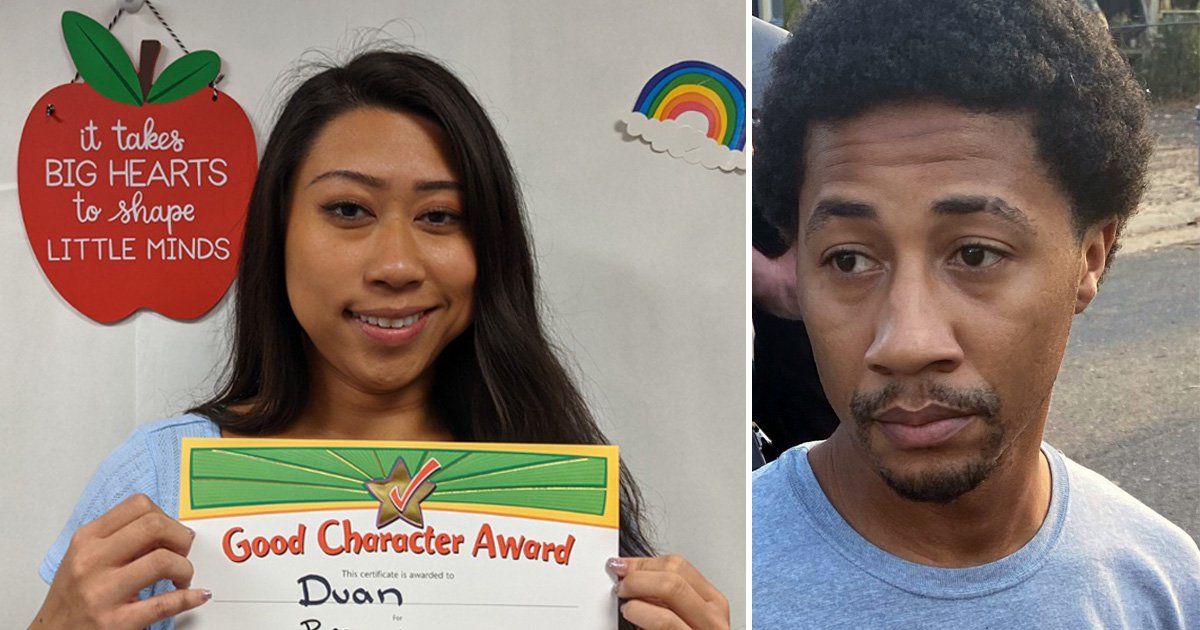 A teacher’s new boyfriend was captured 260 miles away after allegedly shooting her dead in her backyard.

Charvas Thompson, 26, was arrested in Shreveport, Louisana, on Wednesday in connection with the fatal shooting of 28-year-old Wendy Duan, according to the Western District of Louisiana Violent Offenders Task Force.

Duan was found with multiple gunshot wounds in her backyard in New Territory, Texas, on Saturday night. At the time, police said they believed the shooting was a domestic violence incident and said they identified a male suspect.

Thompson and Duan had started dating just a week before she was killed, cops said. The couple reportedly had an argument before the shooting.

Cops swiftly identified Thompson as a suspect after watching surveillance footage, interviewing witnesses and checking his vehicle using license plate readers in the neighborhood, according to the Sugar Land Police Department.

‘Witnesses told police an argument led to the shooting, and Thompson drove away in his vehicle,’ stated the police department.

An arrest warrant was issued for Thompson on Sunday, charging him with murder. His bond was set at $500,000. Thompson, of Houston, is set to be transferred to the Fort Bend County jail.

Duan, of Sugar Land, taught reading and language arts to third graders at Boone Elementary School and worked for the Alief Independent School District since 2017.

She won the English as a Second Language (ESL) Teacher of the Year award last year, according to her Facebook.

‘The whole time I kept telling people that there’s no way that I would win, especially going against other teachers who have been teaching way longer than I have,’ wrote Duan at the time. ‘Thanks to the people who believed in me and voted for me!’

Anyone with additional information about the shooting is urged to contact the police department.