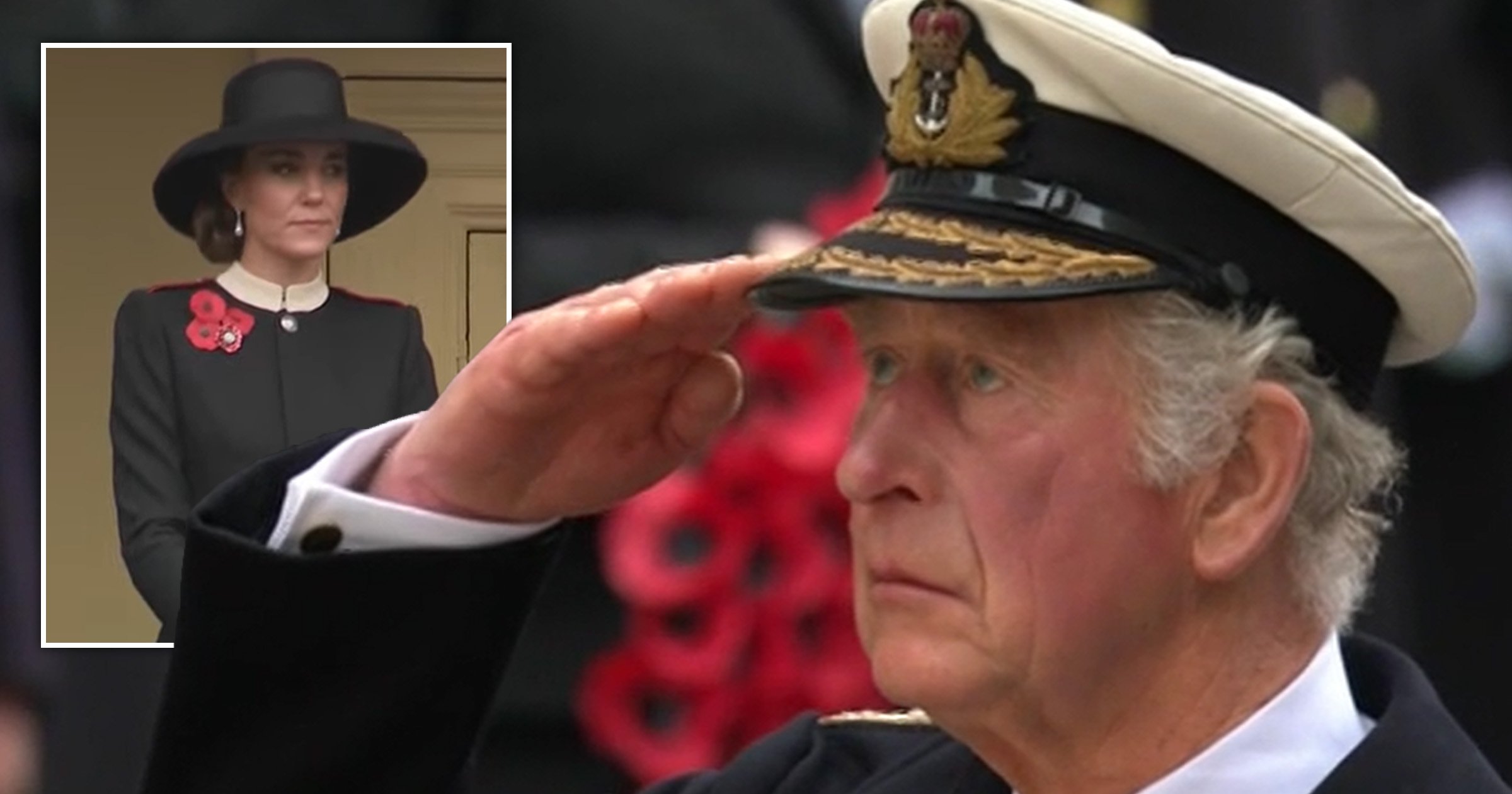 Prince Charles and the Duke and Duchess of Cambridge have led the nation in honouring fallen soldiers on Remembrance Sunday after the Queen was forced to cancel her appearance.

Millions across the nation fell silent at 11am to remember the sacrifices made in the two world wars and other conflicts.

The two-minute silence marks the exact moment the armistice was signed between the Allies and Germany in 1918 which brought the First World to an end.

Prince William and Kate Middleton attended the annual ceremony at the Cenotaph alongside Prince Charles and Boris Johnson as Her Majesty missed the event after spraining her back.

Former soldiers said the service was particularly poignant this year as the event returned to full size following the Covid lockdown.

Afghanistan veteran David Atkin said: ‘It’s such a poignant time of year for me having lost friends myself in Afghanistan. It gives me the opportunity to really remember their memory and all the good times we had.

‘It’s probably even more poignant this year because I know a lot of people, especially from the RAF Regiment Association, who should have been marching there last year and are no longer with us, so they’re not able to march this year, so we’re doing it for them as well.’

The Queen, who lived through World War Two as a teenager, is head of the armed forces.

She has only missed the service seven times in her 69-year reign due to pregnancy or overseas travel.

Service personnel attending sent well wishes to the monarch after learning that she was unable to attend.

Royal Navy Petty Officer Ben Shread, of the Combat Camera team, said ‘it must be very serious’ if she had cancelled.

He said: ‘It would be nice if the boss was here. She’s the head of the armed services. I don’t know if she has ever missed the Remembrance parade before.

‘So, if there is a reason she is not here it must be a very serious one. We all wish her well.’

Lance Corporal May Percival said: ‘My heart goes out to her and her family. I wish her well and the best.’