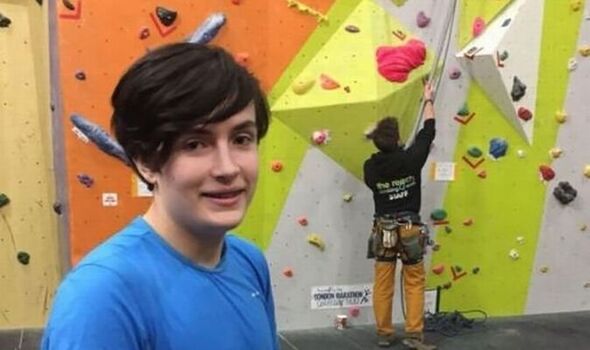 A teenager accused of murdering their mother died just days before they were due to stand trial.

Rowan Thompson, 18, collapsed as a result of “severe hypokalemia” – a condition in which a person has too low a concentration of potassium in their blood – an inquest heard yesterday.

Rowan, who identified as non-binary and used the pronoun “they”, was an inpatient at the psychiatric ward, Gardener Unit at Prestwich Hospital in Greater Manchester, at the time of their death after being charged with murder.

Rochdale Coroner’s Court heard blood tests showed Rowan had hypokalemia but the results were not communicated to those caring for the teen at the hospital. Had Rowan been admitted to hospital after the blood tests, the inquest heard they would likely have survived following their collapse in October 2020.

Giving evidence at the inquest, Rowan’s father Marc Thompson described his child as a “bright, fun individual”. He told the inquest that he and Rowan’s mother had separated when Rowan was just ten years old, and Rowan had then gone to live with their mother.

Jurors were told that Rowan’s mental health began to deteriorate following the death of their uncle. After spending time in a number of mental health hospitals, Rowan moved to live with their father in Barnsley, South Yorkshire.

“It was obvious he was in a mental state (when Rowan’s mum died),” Mr Thompson told the inquest.

“We will never know what happened, we can only surmise.”

Following their arrest, Rowan was detained under the Mental Health Act and admitted to the Gardener Unit. Mr Thompson said he visited regularly and while Rowan’s weight “fluctuated” during their time on the unit, he had no concern about their physical health.

Dr Isabel Astrid Marsh, a GP at the Gardener Unit, told the inquest that she had prescribed Rowan flucloxacillin to treat an infection. The inquest heard that low levels of potassium are among the drug’s side effects when taken in high doses. However, Dr Marsh said Rowan’s dose could not be classified “high”.

Dr Marsh said that between April and September, Rowan’s weight dropped further from 71kg to 62kg. However, she said it was “not a concern” as Rowan reported eating well.

By September 29, Rowan had shed a further 4.6kg and now weighed just 58kg, the inquest heard. Dr Marsh said Rowan put the weight loss down to “stress from the upcoming trial”.

“I felt there were reasons that could explain Rowan gaining and losing weight,” she said.

Dr Stephen Morley, a toxicologist who carried out a review into Rowan’s death, described the reading of 2.3 millimoles per litre as “life-threatening” and said it should have been treated as a medical emergency.

Had Rowan been admitted to hospital and treated by being given intravenous potassium that same day, he said it was likely they would have survived.

Dr Morley said that while it was likely there had been “a chronic, slow change” in Rowan’s potassium levels before death, it was not clear what had caused it. However, he ruled out medication as having contributed to the change.

“To put it bluntly, I’m at a loss as to why they had low potassium,” he added.

Dr Morley told jurors that while the collapse on September 25 could have been caused by Rowan’s low potassium levels, it could also have been due to a change in medication “or other one hundred other causes”.

“If the fall was due to low potassium, it would be unusual for it to occur on just that one occasion and not more often up to the time of his death,” he added.

Dr Philip Lumb, a forensic pathologoist who carried out a post-mortem examination on Rowan, gave his cause of death as “hypokalemia of an unknown cause”.

The inquest, which is due to last five days, continues.