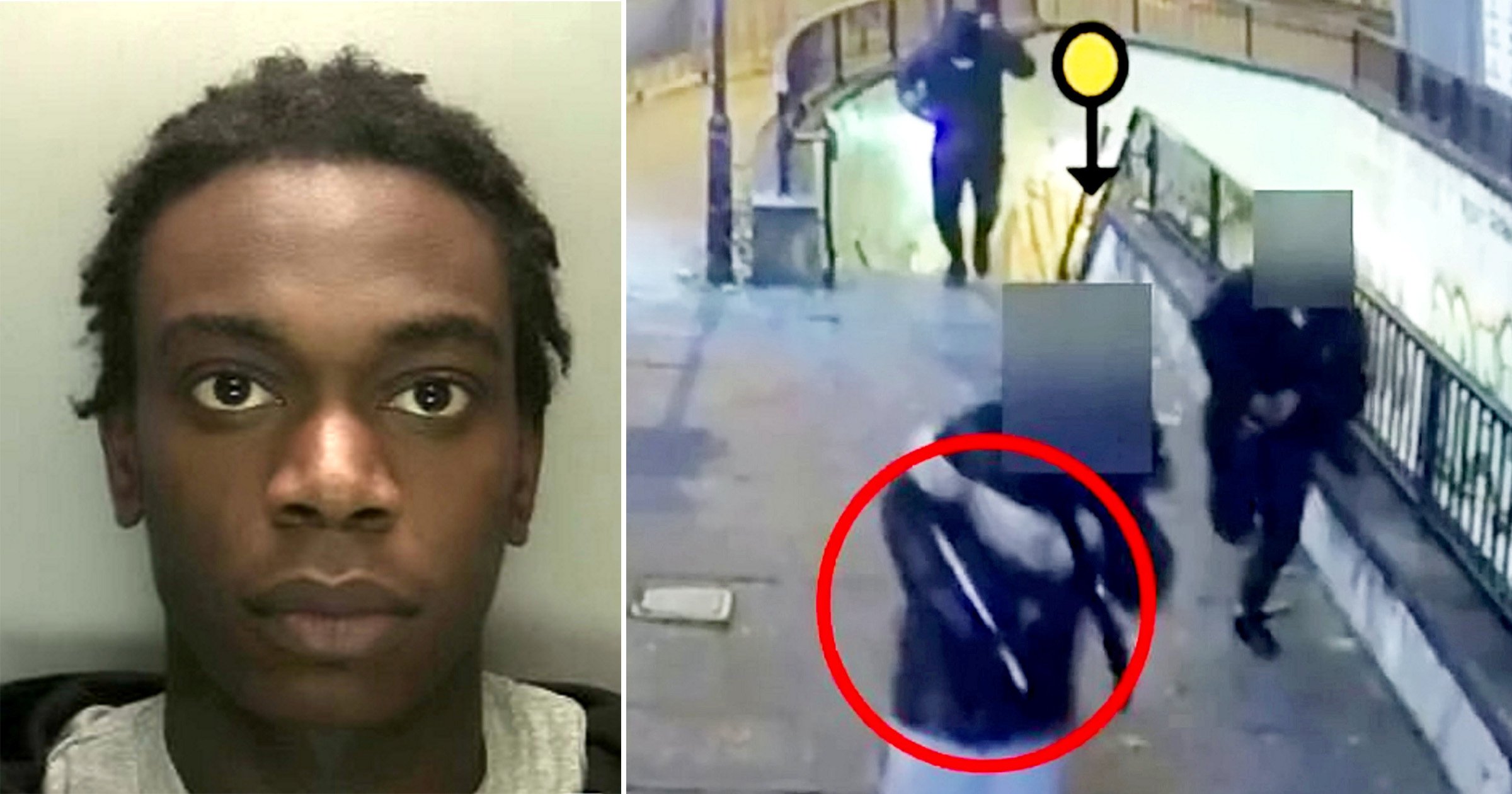 A teenage gang member who shot and paralysed a 13-year-old has been named for the first time.

Tafique Thomas, 17, gunned the schoolboy down in an underpass at Hockley Circus, Birmingham, alongside fellow gang members Zidann Edwards and Diago Anderson, both 20.

The attack left the victim paraplegic after one of the pellets passed through his spinal cord.

Thomas, who can be identified after the usual anonymity afforded to minors was lifted, was jailed for 16 years and eight months for attempted murder and possession of a firearm.

Mr Justice Hilliard at Birmingham Crown Court agreed that Thomas should be named as ‘the gang context of the crime is of public concern’.

Zidann Edwards and Diago Anderson were sentenced to 17 and 18 years in jail respectively for attempted murder.

All three denied the charges but were found guilty in August.

The victim was on his way to get food with friends when they strayed on to the ‘turf’ of a gang called Armed Response.

Mr Michael Duck KC, prosecuting, explained ‘the victim was in the wrong place at the wrong time’ and was ‘the target of a most ruthless act of violence’.

They chased the boy and his friends into the underpass before blasting him in the back with the ‘slam gun’, which is a homemade weapon.

The 13-year-old victim called 999 himself, despite his serious injuries.

He said: ‘Once I saw blood on my hands I realised something had happened I was terrified and thought I was going to die.

‘I felt deserted and petrified. I had to call the ambulance myself.’

After the shooting, Edwards even made a drill rap music video expressing his regret that he had failed to kill the young boy.

In passing sentence, the judge said both Anderson and Edwards had promoted and celebrated gang violence in their music and went on: ‘This was lawlessness of an extreme order and terrifying degree.’