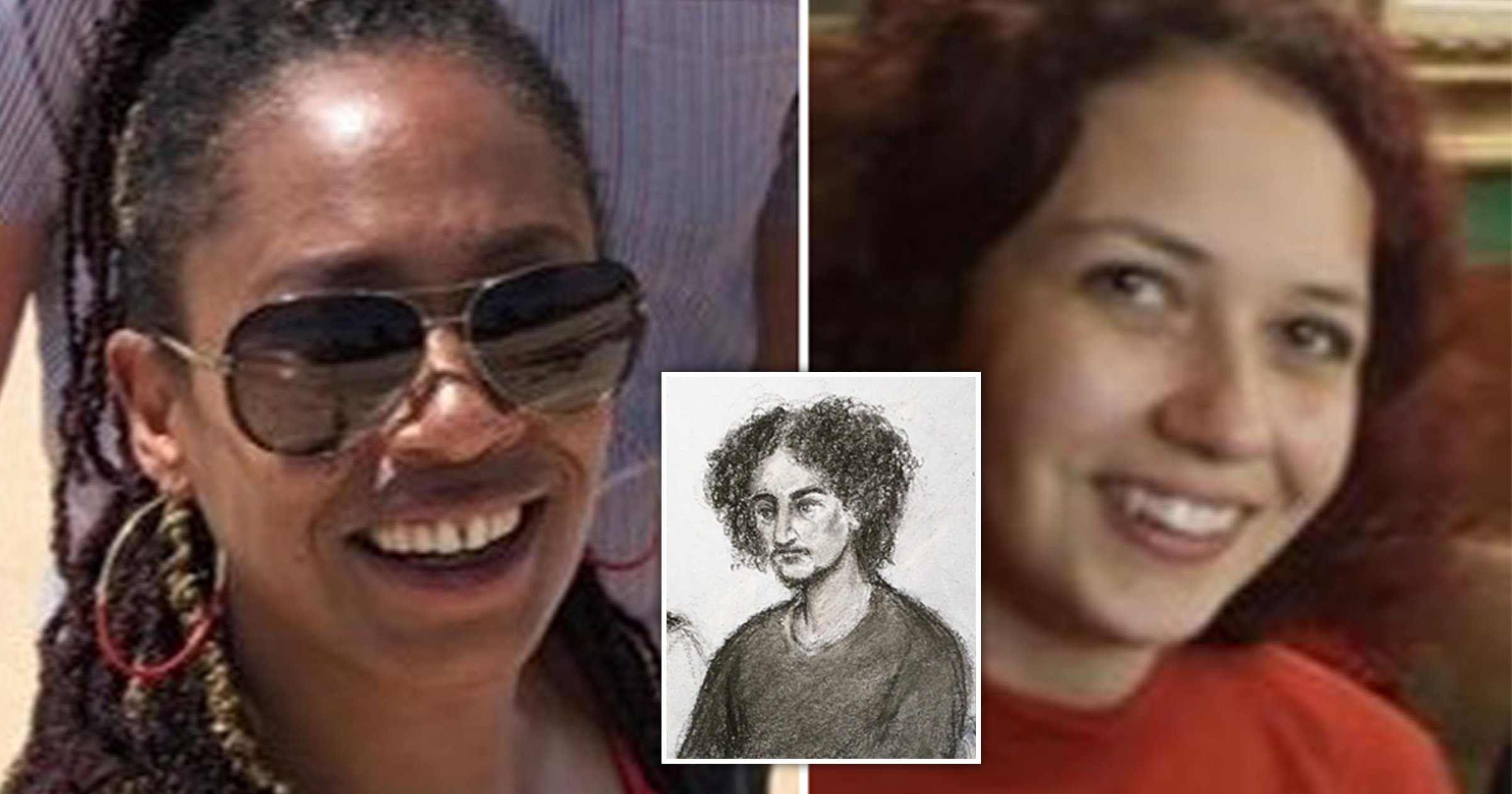 Two sisters stabbed to death in a park after celebrating one of their birthdays were murdered by a teenager who hoped their ‘sacrifice’ would win him the lottery, the Old Bailey has heard.

Social worker Ms Henry, from Brent, and photographer Ms Smallman, from Harrow, both in north-west London, had met friends to celebrate the older sibling’s birthday. Their bodies were found intertwined and concealed in a hedgerow the following day.

Hussein, from Blackheath in southeast London, denies two counts of murder and possessing a knife.

Police allegedly uncovered a handwritten note in Hussein’s home purporting to make a bargain with a demon to ‘sacrifice’ women for gain.

He also bought lottery tickets, three of which were folded inside the note, the court heard.

Opening his trial on Wednesday morning, prosecutor Oliver Glasgow QC told jurors the only way the victims could arrange the celebration on June 5 was by doing so outside.

The court heard the plan was for the friends to enjoy a drink and watch the sun as it set across west London and the outlying suburbs.

Mr Glasgow said: ‘Bibaa Henry and Nicole Smallman enjoyed themselves so much that they decided to stay on in the park after their guests had left.

‘The two of them lit fairy lights, listened to music and danced – their affection for each other and their shared delight at being together is obvious from the photographs and videos that were taken that evening.

‘What those images do not capture is what was to happen to the two of them once their friends had left.

‘No one could have had any idea when they said goodbye to the two sisters that it would be the last time they would see either Bibaa Henry or Nicole Smallman again.

‘And no one could have imagined that both women would be butchered by this defendant and would have their bodies concealed in undergrowth close to where they had been celebrating their birthdays.’

The court heard family and friends immediately became worried when neither sister returned home nor answered their phones.

Their bodies were discovered hidden in undergrowth in the park the following day by the father of one of Ms Henry’s close friends.

Mr Glasgow told the court: ‘The scene that greeted him was so shocking that, at first, all [he] could do was scream.

‘The bodies of Bibaa Henry and Nicole Smallman lay on their sides; they were top to toe and their limbs were intertwined; both of them had been repeatedly stabbed and they were clearly dead.

‘The attack upon them had been as savage as it was devastating.’

The court heard that a combination of forensic evidence and CCTV footage led police to Hussein.

His DNA was at the scene, on the bodies of the victims and on a bloodstained knife found nearby, it was said.

In addition, Hussein had allegedly bought a set of knives in Asda and attended hospital the day after the killings with cuts to his hand from a knife.

Investigators also uncovered handwritten notes at the defendant’s home setting out his intention to kill women ‘as part of a sacrifice to secure personal advantage for himself’, Mr Glasgow said.

He told jurors: ‘When the defendant’s bedroom was searched, the police found a handwritten document purporting to be an agreement between the defendant and a demon, in which he promised to sacrifice women in order to win the lottery and not to be suspected of any crime he had committed.

Mr Glasgow added: ‘As it turned out, the demon did not come good on the bargain since not only did the defendant not win the lottery but the police identified all the evidence that links him to these two murders.’

The court was told Hussein did not accept it was him in CCTV footage or that any of the blood and DNA evidence was found because he had been present at the scene or taken part in the violence.

Hussein denies the charges. The trial before Mrs Justice Whipple is due to go on for up to four weeks.