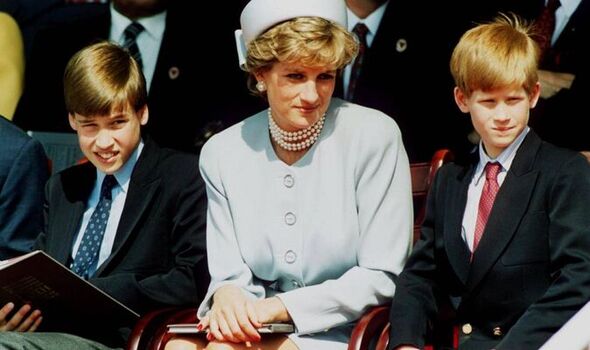 The royal pair were thought to be as young as 12 and 13 when they were put through their paces with some “live firing”, assault courses and medical training by the Special Forces soldiers behind Channel 4’s SAS: Who Dares Wins.

And Jason “Foxy” Fox and Mark “Billy” Billingham say they think Harry would thrive on the hit show, which puts people through the rigorous Special Air Services screening process to test their mental, emotional and physical strength.

Billy, 56, has also told how he became one of the few men to ever keep the Queen waiting and reveals Her Majesty laughed when he admitted he had been too busy to collect his MBE.

Speaking at the launch of the new series, which was filmed in Jordan, Foxy, 45, said: “Harry would probably do quite well, he’s quite a controversial character at the moment.

“He and his brother came when they were very young… they were teenagers. They are both pretty switched on and you could see they were very competitive but they seemed cool.

“The Royal Family is intrinsically linked to the military, so I think that was something that was there long before.We put them through a bit of live firing.

“We gave them guns and instructed them how to use it safely.

“We had half a day with them. It would’ve been private but they visit lots of different military units, that’s their job.”

Billy said he had met William and Harry “loads of times”.

“They used to come to the camp quite a bit. I personally haven’t put them through any tasks but I was there when they were doing bits of the assault course or a little bit of the medical training stuff and they were quite hands-on,” said Billy.

He also admitted he kept the Queen waiting longer than anybody else she had given an honour to.

“(She) was absolutely wonderful. Just like we’re talking right now, that’s exactly what she’s like. She’s absolutely brilliant,” he said.

“When I did go, the lady in waiting told her I was the only person to ever keep her waiting for years. Her face changed because I was marching towards her.

“I remember she was smiling and the lady in waiting said to her I was the only person ever to keep her waiting that long and her face dropped and I was like ‘Oops’.

Rudy taken over Middleton “She said, ‘Oh you’ve been busy Mr Billingham’ and I went ‘Yes ma’am’ – and she started laughing. I kind of grabbed the medal and ran off quick.

“It wasn’t my fault, I was very busy, she understands.”