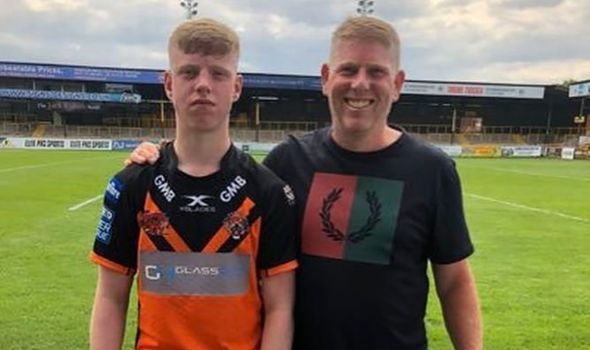 Clayton Bottomley, 18, was rushed to hospital after the accident in Liverpool city centre last week. His dad David, 53, died at the scene. They had been working together on scaffolding at an apartment complex when an external lift collapsed suddenly, witnesses said.

Clayton, a talented rugby player, died this weekend. The teenager played the sport for Lock Lane RLFC in Castleford, West Yorkshire, where he and David lived.

Rick Brown, from the club, shared online: “I write this with a heavy heart to inform you all that one of our junior players Clayton Bottomley has sadly passed away after a horrific accident.

“He was raw at first but soon got into the game, a very determined player to do well. He never took a backward step and gave 100% every game. He used to bring his large speaker on match day to get the team moral up in the changing room, he was a true team player.

“No parent should have to lose their child and our thoughts and prayers go out to his mum Paula and his sister Molly who he adored.

“This has had a massive impact on our team our club and the whole community.

“You well never be forgotten, may you rest in peace Clayton from everyone at the club.” 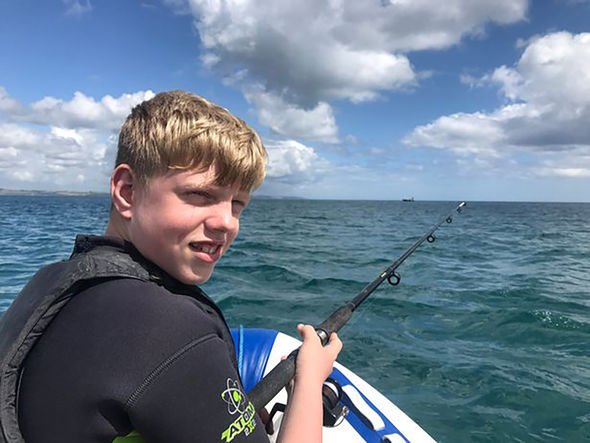 Witnesses said the accident on Wednesday involved an external construction lift which suddenly collapsed. Flowers were left at the scene of the tragedy.

One friend, who asked not to be named, said: “They were both inseparable and very much peas in a pod.”

The friend said David was a highly experienced insulation fitter and had worked at the site in Liverpool city centre for the past two years.

He said that Clayton was a talented Rugby League player who had once played for Castleford Tigers.

Last week The Health and Safety Executive confirmed they have launched an investigation into the accident. Laing O’Rourke, who are the lead contractors on the site, have confirmed that the company would cooperate fully with the HSE investigation.

A Laing O’Rourke spokesperson said: “We can confirm there was an incident at the Unity Building in which two men were seriously injured. Tragically, one of the men died at the scene and the second is in a critical condition in hospital.

“Our Health and Safety team is at the site and we and our sub-contractors will cooperate fully with the investigation into what happened. Our thoughts are with the family and friends of the men at this extremely difficult time.”

A spokesman for the Health and Safety Executive said: “HSE are aware and are investigating with the police.”