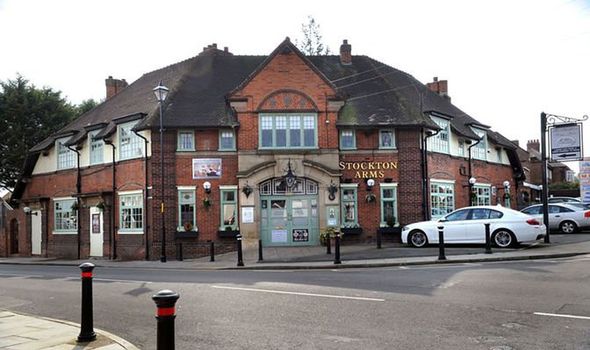 The 18-year-old woman’s interview was cut short at Stockton Arms Hotel in Hartburn, Northumberland, on Tuesday due to her attire and her lack of waitressing experience. The owners of the establishment say the teen was wearing the “shortest skirt [they’d] ever seen” and she “looked like she was going nightclubbing”.

But the woman’s mother was “disgusted” with the comments.

She told Teesside Live how her daughter called her “crying” and she was “sobbing” in the car on the way home.

“My daughter’s confidence has been truly knocked,” said the 37-year-old mum of two.

“If anything you could have advised her and helped her if she was not what you were looking for.

“You shouldn’t be judged on what you’re wearing or how you look.

“If you didn’t like what she was wearing as you mentioned as soon as she walked in, why not just end the interview there.”

Donna said her daughter wore a “brown skirt with flowers on, black tights, Dr Martens boots, high neck black top and an oversized leather jacket” for the interview but felt “uncomfortable” during it, removing her jacket to “wrap it around her legs”.

However, licensee Andrew Mark, who has run the business with his wife Jane for more than 18 years, insisted the teenager’s skirt was “very, very short”.

He said: “It wasn’t appropriate for an interview – it was very, very short.

“She came in the shortest skirt I’ve ever seen.

During the interview, the teenager appear to “forget where she worked” as, when asked about her experience at a café , she hesitated. Her mum said this was because the café is “portable”.

Andrew added: “She couldn’t provide a reference so we said we’re going to have to cut it short.

“The girl got upset.”

Jane also explained that the teenager was “very nervous” and “tongue-tied” throughout the process. She was asked about her waitressing job in a cafe.

However, she “didn’t know the name” of the business or where it was located.

Jane told her that she “didn’t think she needed to ask any more questions”.

She added: “I felt so sorry for her, she was so out of her depth.

Jane, who has been interviewing people for more than two decades, added: “I’ve never had a problem with interviews ever.”

The pub has closed down its Facebook page since the incident.