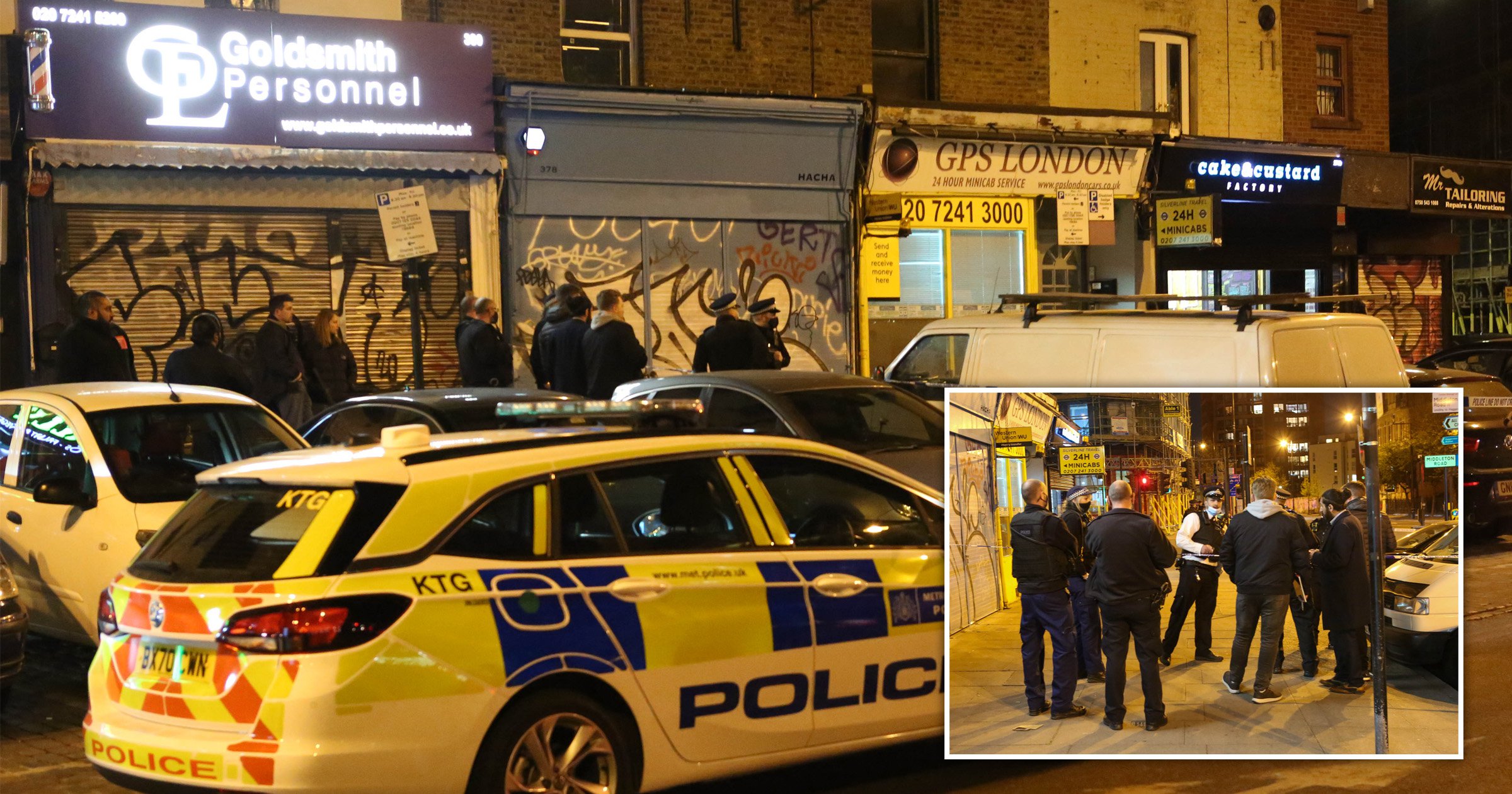 Two teenagers were rushed to hospital after one was shot and another stabbed in a cake shop in east London.

Police rushed to the scene after a person with a gun opened fire in Cake and Custard Factory on Kingsland Road in Hackney.

Two men, 19, were taken to hospital in an ambulance just before 11pm on Friday. Their injuries are not thought to be life-threatening.

No arrests have been made. Additional police search powers have been authorised in Hackney until 2.30pm.

The Metropolitan Police is appealing to the public for information on the incident.

A police spokesperson said today: ‘An investigation has been launched after a teenager was shot in Hackney.

‘At 2253hrs on Friday, 23 April, officers were called to premises in Kingsland Road, E8 following reports of a male having been shot.

‘Both were taken to hospital by ambulance. Neither is in a life-threatening condition.

‘A crime scene has been established and Trident detectives are leading the investigation. No arrests have been made at this stage.’