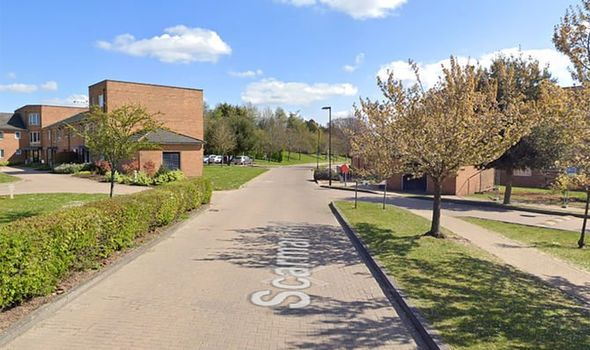 Emergency services, including armed police, rushed to the Sherbourne Halls of Residence, part of University of Warwick, yesterday at around 4pm. Medics dashed the 19-year-old victim to hospital with serious injuries.

Two 18-year-old suspects – a man and a woman – were arrested on suspicion of attempted murder. Both teens are from the southeast of England, more than 80 miles away.

Warwickshire and Northamptonshire Air Ambulance also attended, but it is believed the man was taken to A&E in a road ambulance.

Footage shared online appears to show a man being handcuffed outside the halls of residence, reports Coventry Live.

Sherbourne Halls of Residence, owned by the university, caters for nearly 800 students in the southwest of Coventry, West Midlands.

A spokesman for Warwickshire Police said: “Police were called at 4.32pm yesterday (Wednesday 17 November) to reports that a man had been stabbed at a property in Scarman Road.

“Officers attended and found a 19-year-old man with stab wounds.

“He was taken to hospital where his injuries are not thought to be life-threatening.

“An 18-year-old man from Kings Langley, Hertfordshire and an 18-year-old woman from London have both been arrested on suspicion of attempted murder.”

A West Midlands Ambulance Service spokesman said: “We were called to reports of a stabbing near to Gibbet Hill Road at 4.24pm yesterday.

“One ambulance, a paramedic officer and the Warwickshire and Northamptonshire Air Ambulance were sent to the scene.

“On arrival we discovered one male patient who was treated for serious injuries before being taken to hospital by land ambulance.

“The air crew travelled on the back of the ambulance to help continue treatment en route to hospital.”

The university, ranked 10th in the UK, said: “We want to reassure those concerned by a continued police presence around Sherbourne that there is no danger to students or staff.

“We can confirm an incident has taken place that has since concluded.

“Police officers remain on site as part of an investigation following the incident, as do members of Warwick staff.”