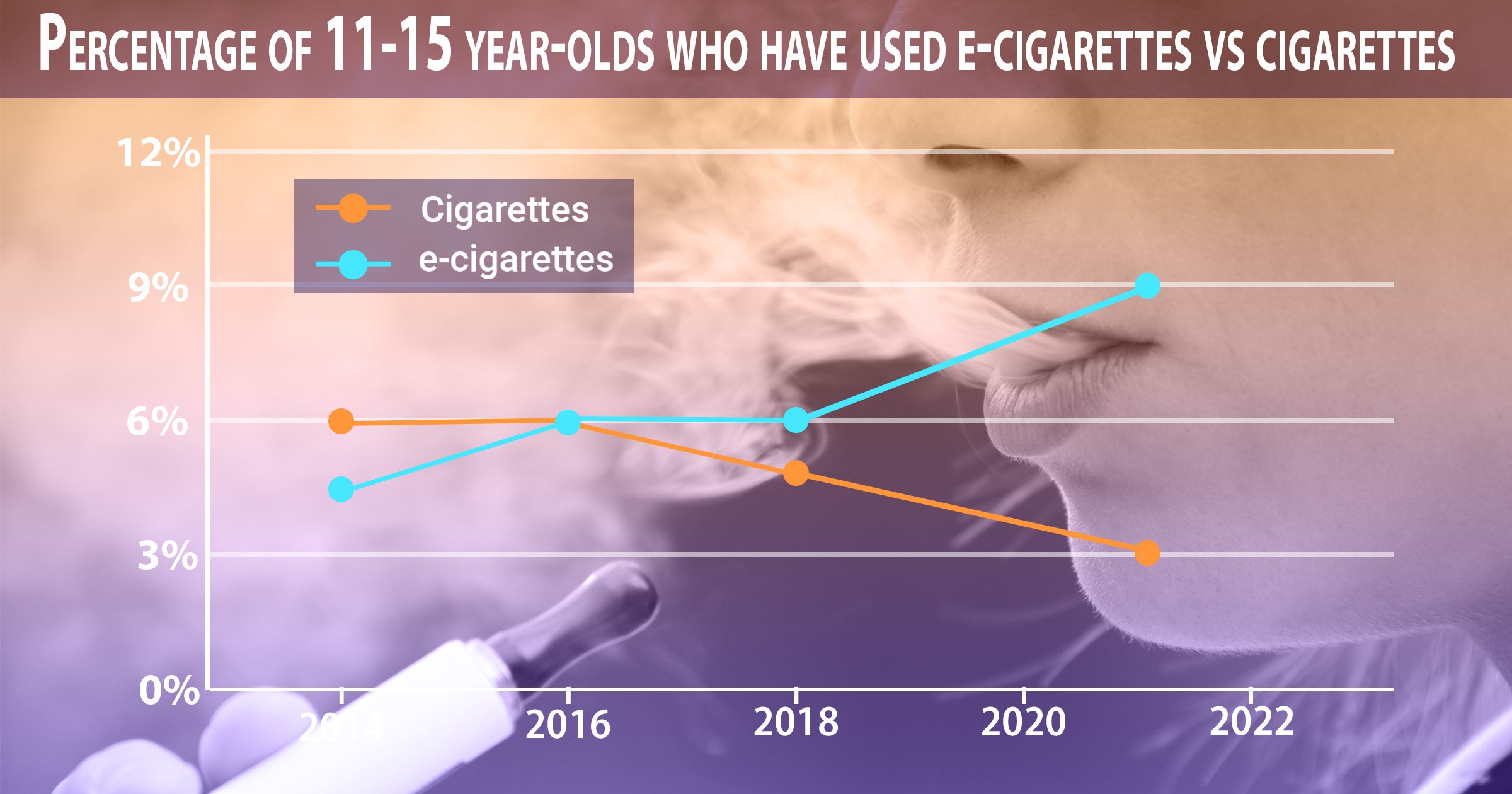 Drugs and cigarettes are out of fashion with a generation of health-conscious teens – but vaping is on the rise.

New NHS figures reveal a worrying uptick in the number of young people addicted to nicotine, even if it’s offset by some good news elsewhere.

The survey found almost one in 10 children aged between 11 and 15 use an electronic cigarette, up from just three percent in 2018.

While rates remain low at the bottom of that bracket, almost one in five 15-year-olds use a vape, with the sharpest rise in girls.

At the same, smoking rates have fallen from five to three percent in four years, with just 12% saying they’ve had a single cigarette in their life.

Regular drinking among young teens is stable at around six percent and some 18% of pupils reported having tried drugs, primarily cannabis, down from 24% in 2018.

The findings accord with an Action on Smoking and Health survey published earlier this year which found rising vape usage, with evidence social media exposure was a driving factor.

Dr McKean, vice president of policy at the Royal College of Paediatrics and Child Health, said he was ‘deeply disturbed’ by the findings and the UK is at risk of ‘having generations of children addicted to nicotine’.

He continued: ‘E-cigarettes remain a relatively new product and their long-term effects are still unknown.

‘It is clear that children and young people are being targeted by e-cigarette companies with bright packaging, exotic flavours and enticing names.

‘Disposable e-cigarettes are growing in popularity amongst children and young people and can be accessed easily in newsagents and sweet shops. Nowadays there is a vape shop on almost every high street.

‘These companies are simply interested in ‘hooking’ children and young people to make a profit off them – there is absolutely no thought or care about their health and wellbeing.

‘It is time for the UK government to act by introducing plain packaging of e-cigarettes and nicotine and non-nicotine e-liquids packs.’