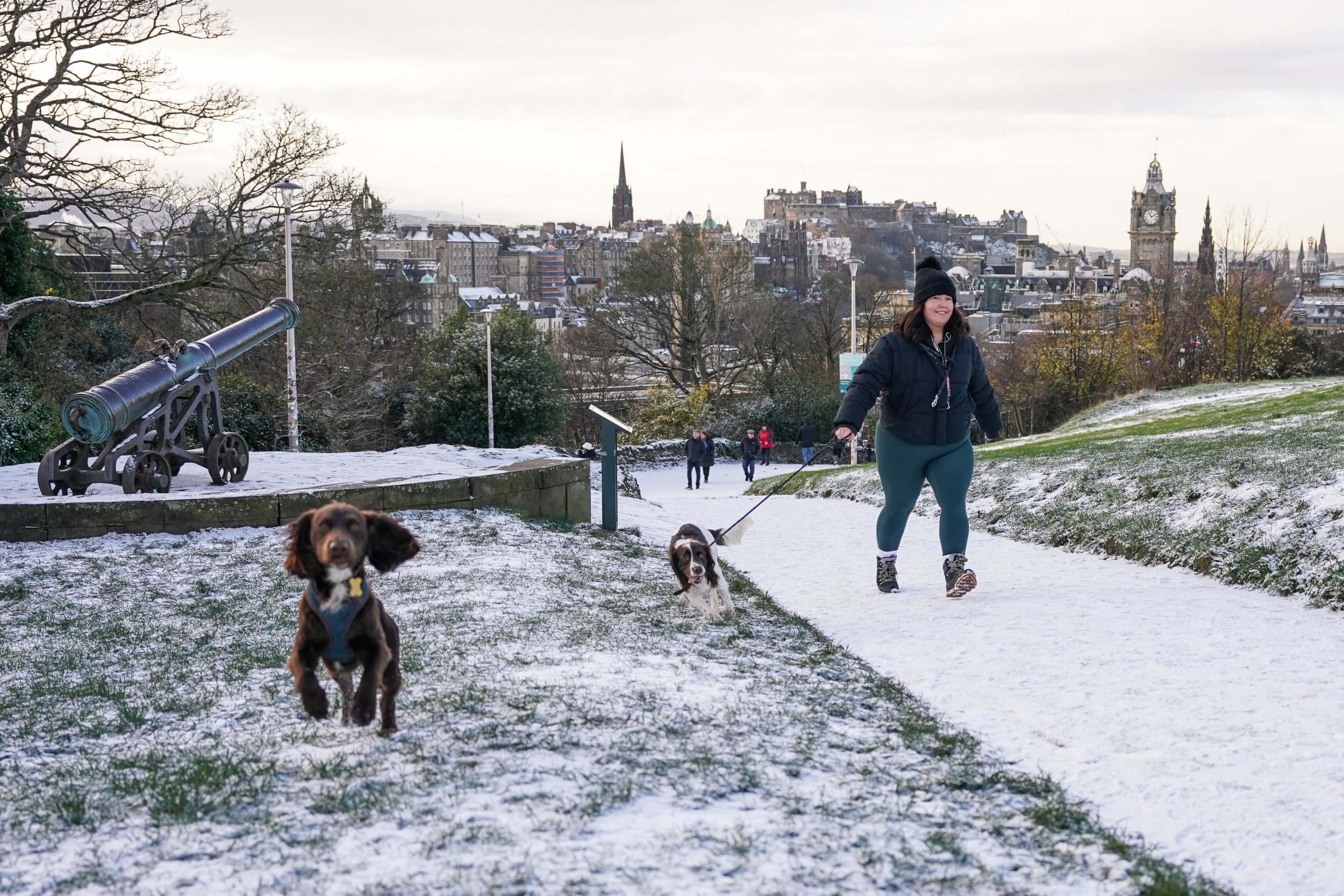 Temperatures are set to plunge further to -10C this weekend, as the cold snap brings with it warnings to check on the elderly and vulnerable.

It comes amid warnings the capital could face four inches of snow on Sunday, on top of freezing fog.

These conditions could lead to widespread travel disruption, particularly on Monday, with a small chance rural communities could be cut off with power supply and mobile phone coverage being impacted.

A Met Office yellow warning remains in place for much of Scotland today and for ice in Northern Ireland, Wales and the far south-west of England.

Met Office chief meteorologist Steve Willington said: ‘It is staying cold with daytime temperatures remaining only a few degrees above freezing in many places over the coming days and overnight temperatures dropping to minus 10C or lower in isolated spots.

‘Although below average, these temperatures are not that unusual for this time of year.

‘There is still a risk we could see some freezing fog in places particularly southern England, especially for Sunday and Monday mornings.

‘There is also a small risk of a band of sleet or snow moving into the far south-east on Sunday. If this happens it could potentially bring some disruption, especially to rush hour on Monday. A warning has been issued.’

Dr Agostinho Sousa, consultant in public health medicine at UKHSA, added: ‘Cold weather can have serious consequences for health and older people and those with heart or lung conditions can be particularly at risk.

‘If you have a pre-existing medical condition, you should heat your home to a temperature that is comfortable for you.

‘In rooms you mostly use such as the living room or bedroom, try to heat them to at least 18C if you can. Keep your bedroom windows closed at night. Wearing several layers of clothing will keep you warmer than one thicker layer.’

On top of this, the RAC has reported it has been ‘exceptionally busy’ in recent days receiving a quarter more breakdowns than is normal for this time of year.

Warm banks have been set up around the country for people who can not afford to heat their homes during the cold bite.

Councillor Richard Wenham, vice-chairman of the local government association’s resources board, said: ‘Warm hubs and other similar schemes are among the many actions councils are taking to support people in the greatest need this winter, but these emergency schemes should not become the norm and are not a sustainable solution to bridge the gap between income and the current cost of living.’

People on the lowest incomes will receive a £25 cold weather payment.

It has been triggered in postcodes where the average temperature has been recorded as, or is forecast to be, 0C or below over seven consecutive days.