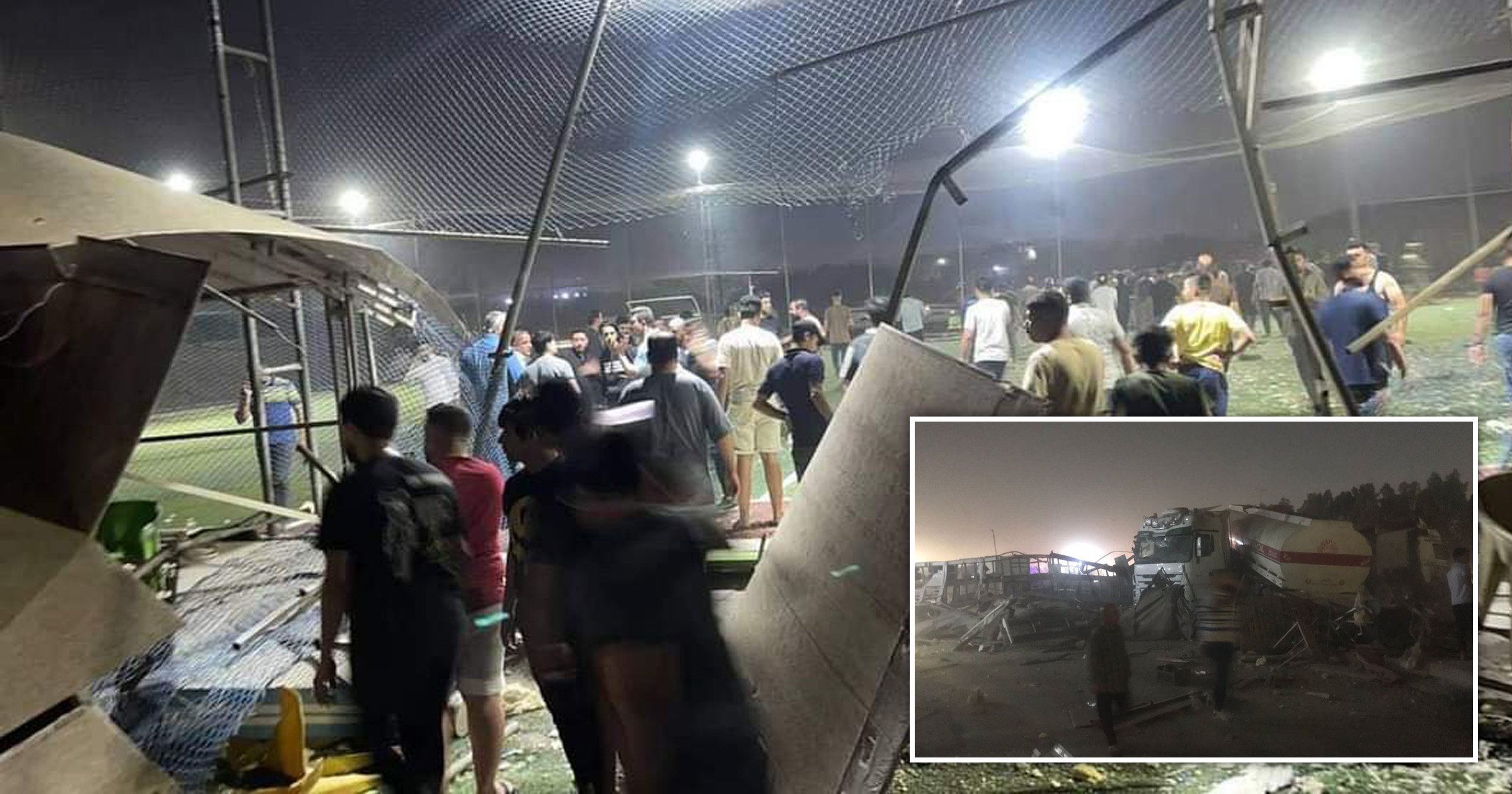 Ten people were killed when a blast tore through an amateur football stadium in Iraq.

The explosion happened near a cafe and community pitch where a game was taking place.

Shrapnel tore through the residential area and damaged nearby homes, according to reports.

It was earlier believed the explosion may have been caused by a device which was attached to a vehicle but that is disputed by some sources.

According to the Associated Press, security services are investigating whether it may have been triggered by an accident rather than a bomb.

A senior military figure told Iraqi media a ‘technical’ cause is suspected.

The flames spread to a nearby gas tanker, doubling the force of the explosion.

Another 20 people were wounded, most of whom were involved in the match that was taking place, and it’s feared the death toll could rise.

A military statement said a gas tanker exploded in a garage in East Baghdad causing a number of casualties and security forces are investigating the cause of the explosion.

Authorities have not provided further details and no group has claimed responsibility.

Pictures from the scene showed the twisted wreckage of the cage housing the football pitch.

A completely burned out car was seen by a gas tanker which had been twisted out of shape by the force of the blast.