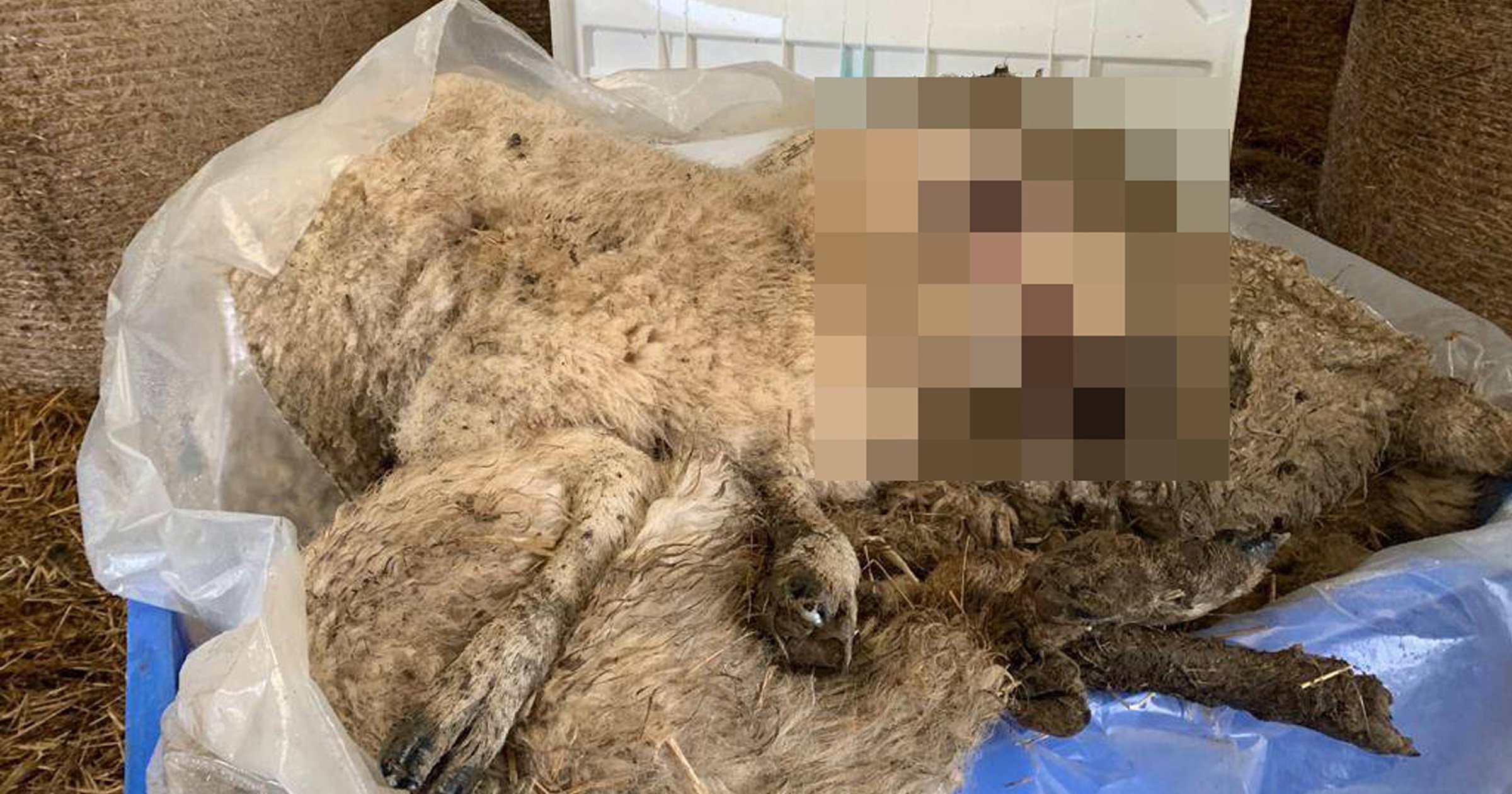 Ten sheep have had their faces ripped off in a brutal killing in north Wales.

Seven sheep and three rams were found ‘covered in mud’ with their facial features torn in a field in Anglesey on Monday.

Those with information have been urged to come forward after the ‘horrendous’ incident.

A tweet published by the force on Tuesday, said: ‘Horrendous livestock attack at Bodedern, Anglesey yesterday with 7 ewes and 3 rams brutally killed by an unknown dog(s).

‘This awful offence continues throughout the UK and is disgraceful.’

In a video shared with the tweet, PC Dewi Evans, said: ‘Good morning from a very windy Bodedern, where I am at a sad incident where 10 sheep have been killed.

He added: ’If you have information, if you might have seen the incident or have any idea of who the dogs’ owners might be, then get in touch with us via the North Wales Police website.’

It comes a month after dozens of sheep were killed when an out-of-control dog chased them into a corner where they suffocated or died of fright.

Distressing footage from January shows a farmer finding the animals lying in a pile in a muddy field.