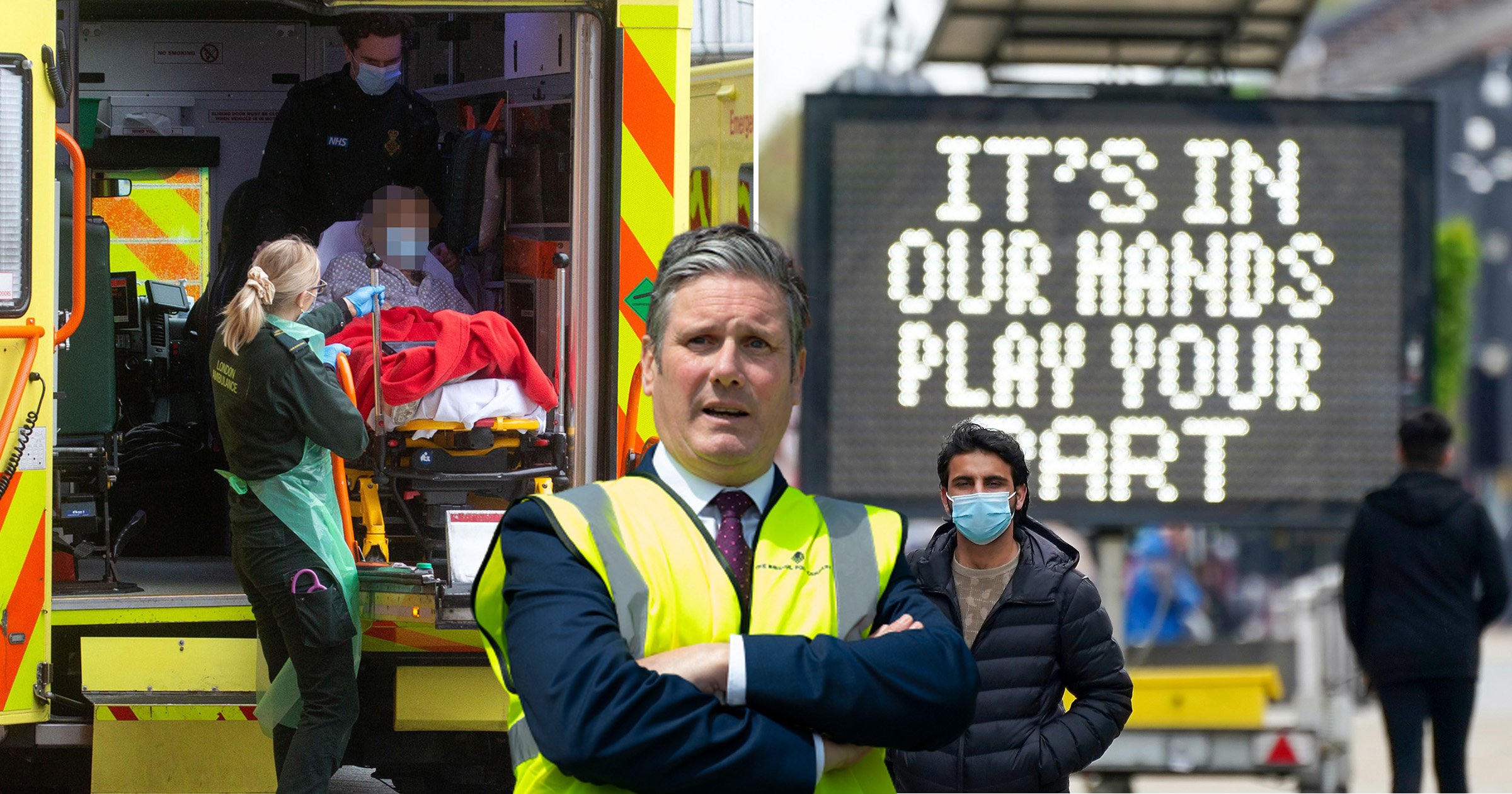 Sir Keir Starmer has said tens of thousands of coronavirus deaths during the UK’s second wave were avoidable.

The Labour leader blasted the Conservatives as being too busy ‘covering their own backs’ to deal with the Indian variant of Covid-19.

In a dramatic change of tone from a relatively supportive stance towards the Government’s handling of the pandemic, Sir Keir claimed ‘mistakes are being repeated’ as ministers consider whether to unlock completely on June 21.

His intervention follows Dominic Cummings’ explosive testimony about the Prime Minister’s handling of the crisis and comes amid fierce criticism of the government’s border policy.

Writing in the Observer, Sir Keir said Mr Johnson’s reluctance to impose a second lockdown in autumn last year meant ‘avoidable and unforgivable’ deaths in the second wave of the virus, when he noted two thirds of deaths took place.

‘The first wave we faced an unprecedented crisis’, he said.

‘Decision making was undoubtedly difficult. Mistakes were inevitable. And the British public understand that.

‘But by the summer, we knew much more about the virus.

‘The Prime Minister was warned to prepare for a second wave. He did not do so. And over twice as many people died in the second wave than in the first.’

Sir Keir had called for a ‘circuit breaker’ lockdown earlier in the autumn – something Mr Cummings also reportedly backed but which appeared to be relatively ineffective when implemented in Wales.

Mr Cummings, the PM’s former chief adviser, told MPs on Wednesday that ‘tens of thousands’ had died unnecessarily because of the Government’s handling of the pandemic and accused Mr Johnson and Health Secretary Matt Hancock of being incompetent.

Sir Keir said the situation in care homes had been a ‘betrayal’, adding: ‘We may never know whether Boris Johnson said Covid ‘was only killing 80-year olds’ when he delayed a second lockdown.

‘What we do know is that the man charged with keeping them safe showed callous disregard for our elderly, as he overlooked the incompetence of his Health Secretary.’

On the UK’s border policy, which has been blamed for the arrival of the now dominant Indian strain of the virus, the Labour leader added: ‘Weak, slow decisions on border policy let the Indian variant take hold.

‘Lack of self-isolation support and confused local guidance failed to contain it.
‘We all want to unlock on June 21 but the single biggest threat to that is the Government’s incompetence.’

He branded Mr Johnson’s conduct ‘a failure of leadership’ and highlighted ‘the failure to fix contact tracing and self-isolation support, as well as the UK’s border policy and lockdown delays as ‘avoidable’ issues.

The Government insists it did all it could to avoid unnecessary deaths, with an inquiry into the crisis being set up.

Nearly 128,000 people have died in the UK since the outbreak began, while more than 152,000 people had Covid-19 recorded on their death certificate in the country.