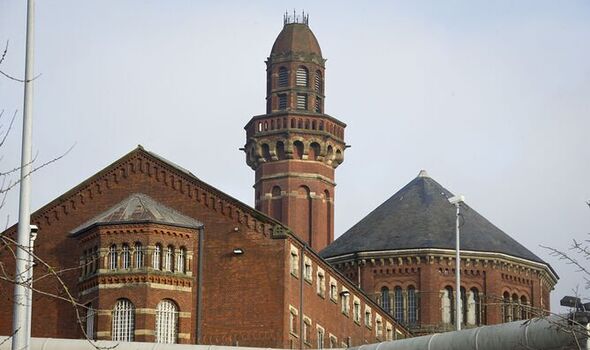 It is understood that HMP Manchester, still known by its former name Strangeways, has confined prisoners to their cells since Monday, June 6. Families also claim to have been banned from visiting the Category A prison in Cheetham Hill, Manchester until Friday, June 10, Manchester Evening News reports.

Relatives say they have been informed by family members inside the prison that they have not been allowed out of their cells for any reason and are having food brought to their door.

The reason for the lockdown has not been formally confirmed. The MEN has approached the Ministry of Justice for comment.

One woman, whose 19-year-old son is currently an inmate at the jail said he told her that prisoner’s mental health was starting to deteriorate and that the mood inside had become “very tense.”

She said: “My son rang me last night to say the prisoner’s mental health is deteriorating quite quickly.

“They say they haven’t had showers and are being delivered one meal a day to their cell.

“He said they haven’t had fresh air since last Wednesday. I know they are all in there for crimes but they do have human rights and this really isn’t good for their mental health.

“Visits have been suspended from Monday until Friday apparently due to maintenance but my son and other prisoners have said they haven’t seen any work happening at the prison.

“It’s been bad enough but because of the bank holiday, it will be about eight or nine days now without any visitors.

“He says prison officers have been going in to search people’s cells.”

In a post on Facebook, charity organisation Partners of Prisoners (POPS) said: “POPS have recently been informed that HMP Manchester will be closed for social visits 6th – 10th June for maintenance reasons.

“If this affects you and you require any support please get in touch with the POPS’ Team who will be happy to help.”

Another woman, whose partner is also an inmate, said she had been told prisoners had been locked down for four days and also claimed they had not been able to shower or exercise.

She claims when she rang the prison she could hear alarms going off in the background, and the sound of prisoners kicking their doors.

Another man, whose friend is serving time at the jail, said: “They got a letter last week to say the prison was going into lockdown and it was expected to last a week might take longer. He has been behind his door for five days.

“The person I know said today will be his sixth day without a shower. The prison guards are bringing meals round to their cell and they are not even letting them out for dinner. He says it’s doing his head in. He said his head is starting to go.

“Surely they have basic human rights and should be able to have a shower. They haven’t even been let out to exercise. They have an in-cell phone system so he’s been able to ring me but he can’t leave his cell.”

HM Prison Manchester is a high-security men’s prison and is operated by Her Majesty’s Prison Service. It is still commonly referred to as Strangeways, which was its former official name.