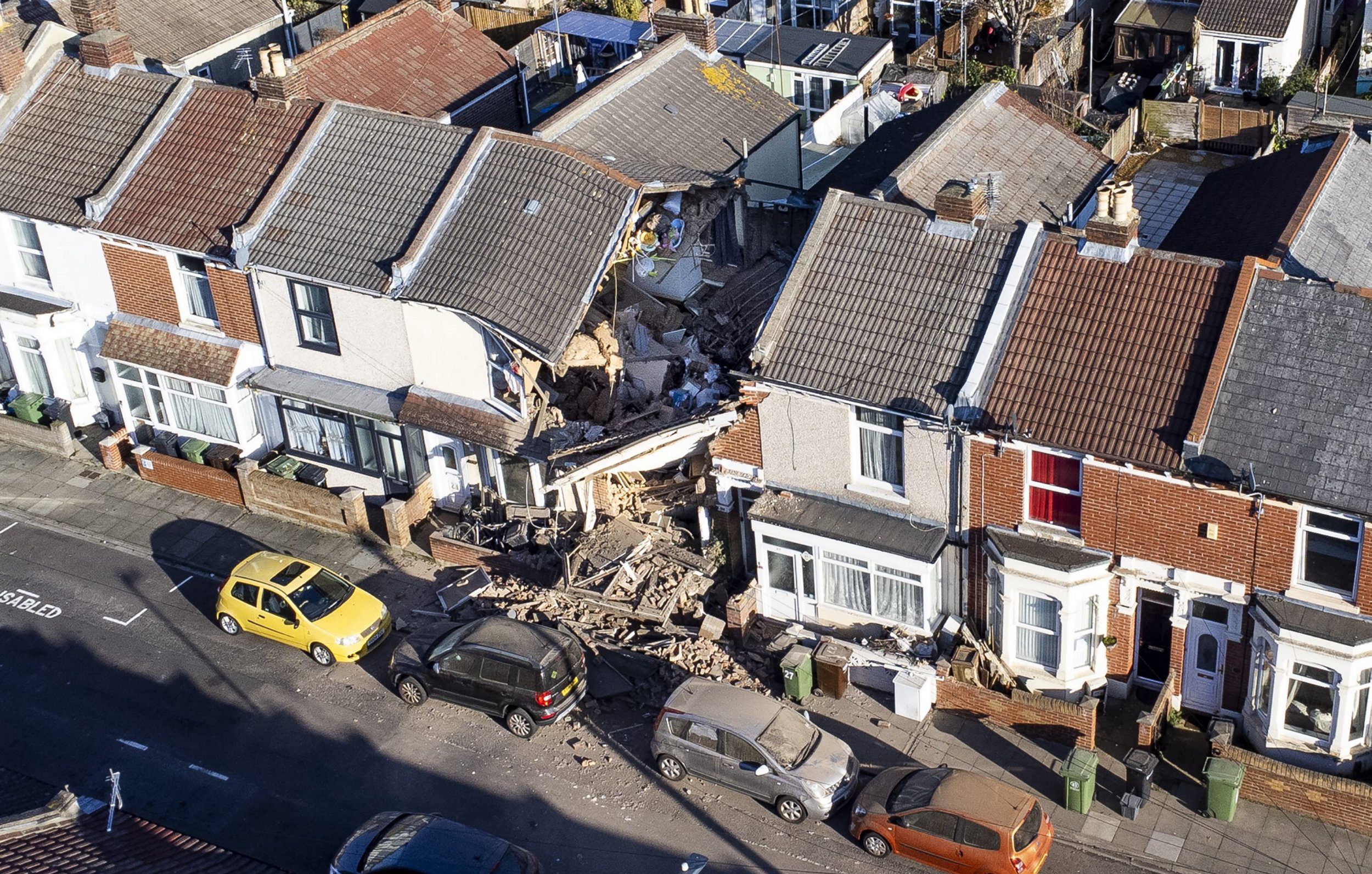 A terraced house collapsed shortly after a woman put her keys in the front door in a suspected explosion, reports say.

Two people were injured and rushed to hospital after the Portsmouth property’s roof caved in at 8.30am.

Firefighters were scrambled to the scene and urgently checked if any other homes were at risk of falling down.

A number of houses were evacuated on Langford Road but it appears most of the damage was contained.

Shocking pictures taken from a drone show the home in ruins and the severe damage to the neighbouring properties.

A crew spokesperson: ‘Two casualties were treated by paramedics before they were taken on to hospital.

‘A number of houses were evacuated and the road was closed as a cordon was put in place.

‘The incident was handed over to Hampshire Constabulary and Portsmouth City Council engineers as utility companies worked to isolate the power and gas supply.’