A warehouse has been destroyed after a huge fire broke out in London last night.

Around 125 firefighters were deployed to the Hainault Business Park, in Ilford, where flames had rapidly spread throughout the building.

The fire has since spread to two other warehouses.

Urgent road closures were put in place and people in the area have been warned to keep windows shut due to thick smoke.

The alarm was raised shortly after 9pm last night.

In a statement released this morning, the London Fire Brigade said: ‘Firefighters worked through the night at the scene of a large warehouse fire in Ilford.

‘They continue to make steady progress, but are reminding residents to keep their doors and windows shut due to the smoke.

‘Road closures are in place in the local area.’ 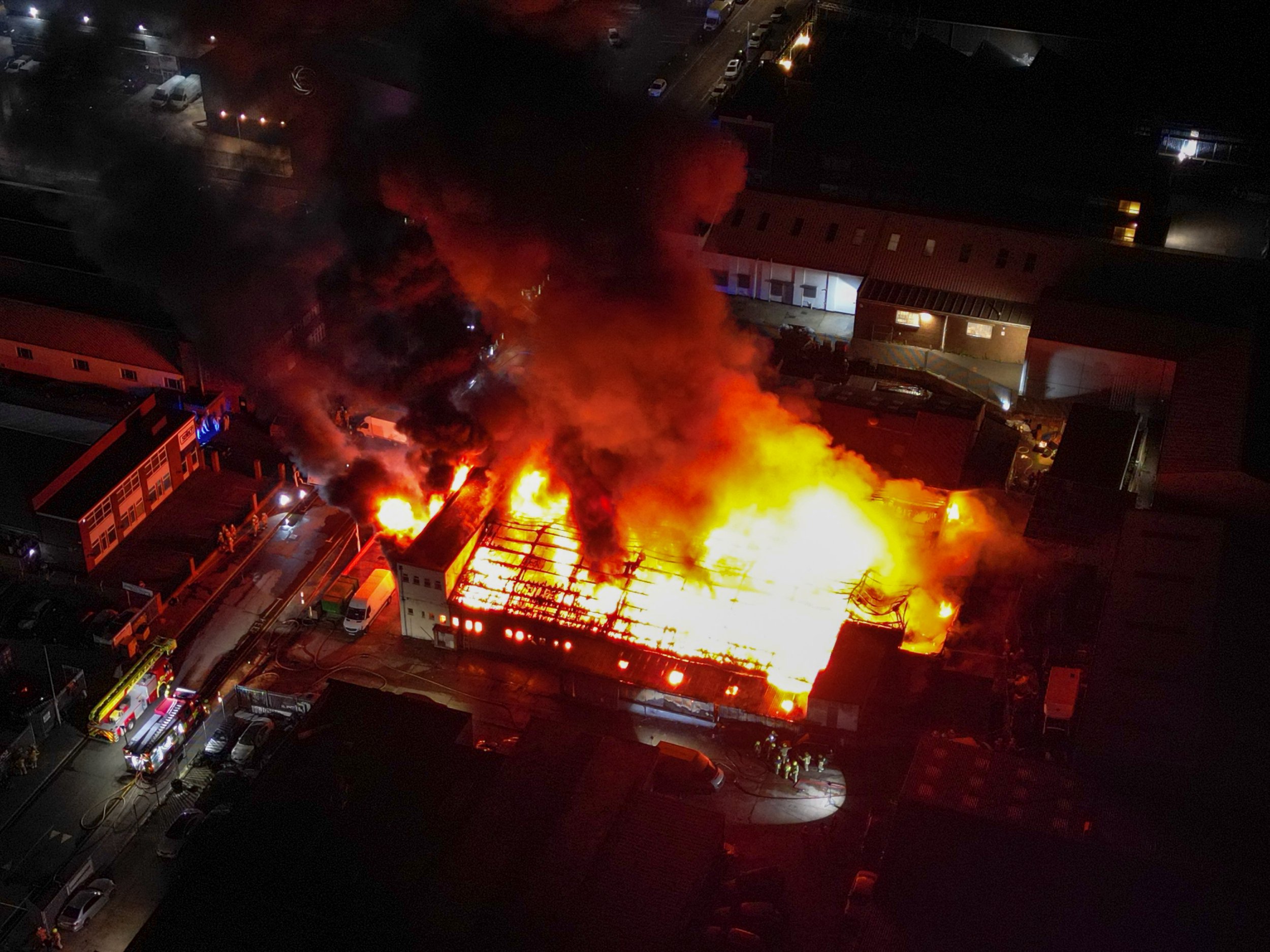 Dramatic video shows the scale of the fire as smoke billows into the night sky. The inferno could be seen from miles away.

A total of 25 fire engines were sent to the scene last night, with crews from stations such as Romford, Dagenham, Ilford and Woodford.

The cause of the fire is not known at this stage.

MP for the area, Wes Streeting, thanked the emergency services for their work.

He tweeted: ‘Huge thanks to the London Fire Brigade for their response to the fire on the Hainault industrial estate. I hope that no one is hurt and that everyone is safe.’

The London Fire Brigade has been contacted by Metro.co.uk for further information.