Steven Rowe, 26, ploughed the stolen Ford Fiesta into Robbie-Lee Selway’s car on the A465 in Hirwaun, south Wales, after being pursued by police. Mr Selway, 21, died as a result of catastrophic injuries caused in the shunt. Rowe was being pursued by police as he had been out partying the night before and morning of the collision.

The court heard the driver of Mr Selway’s white Renault Clio, Kelly Weston, suffered serious injuries including a deflated lung and lung contusion, a fractured left ankle, injury to her left knee, laceration to spleen, fracture to base of skull, multiple rib fractures, a fracture to her wrist. She was 12-weeks pregnant at the time of the crash in May last year, reports Wales Online. 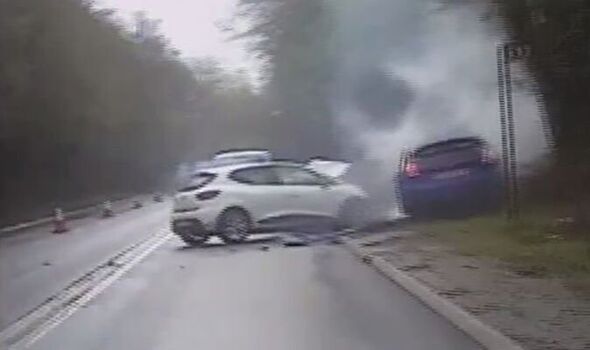 When Rowe was arrested, his blood was analysed and he was found to have 141mg of alcohol per 100ml of blood, nearly twice the legal limit.

He was also found to have a metabolite of cocaine at 188mg, more than three times the limit, and 40mg of ketamine, twice the legal limit.

The defendant, from Merthyr Tydfil, south Wales, also had cocaine and diazepam in his blood at legal levels. 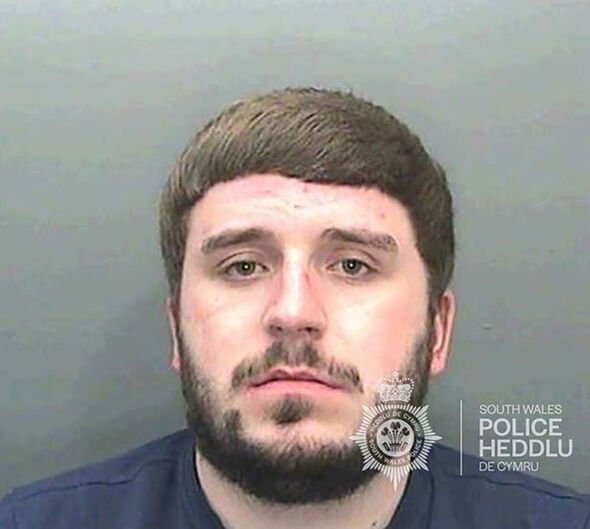 The dashcam footage, played to the court, shows horrific driving on the part of Rowe.

He is driving more than 100mph at the time, with PC Rebecca Bailey struggling to keep up with the defendant.

A second video shows footage from PC Bailey’s car as she approaches the scene of the collision and can see the blue Ford Fiesta and the white Renault Clio with smoke pouring out of both vehicles.

There is significant damage to the front end of each car and the airbag can be seen in the Clio.

As she drives towards the crash, PC Bailey can be heard saying: “And it’s crashed, crashed, crashed. We’re going to need an ambulance please, A465 Heads of the Valleys Road.” 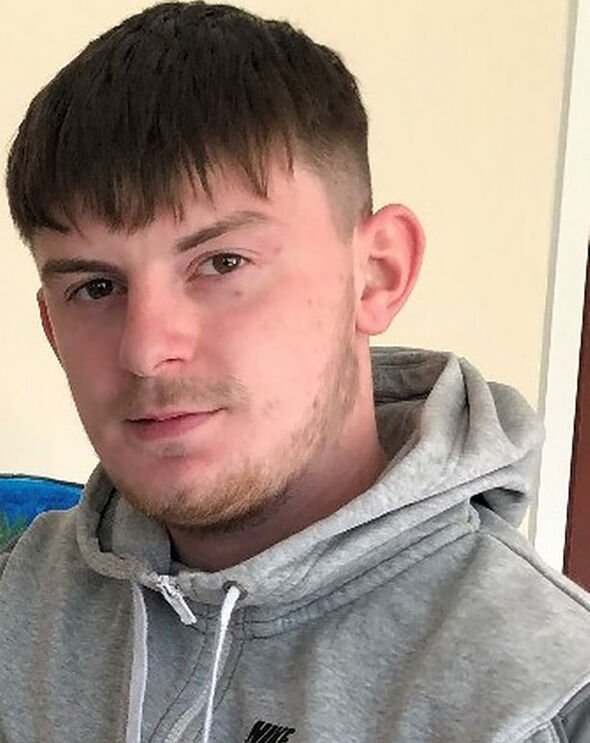 Reading out a victim personal statement to the court, Mr Selway’s sister Sophie Selway said Rowe had been a “close friend” and never dreamt he would have caused “so much pain to so many people”.

She added: “Robbie was not perfect and he was no angel but he didn’t deserve to lose his life that day.

“(Rowe) made the wrong decisions and should not have gone in the car and driven the way he did.

“He drove in such a dangerous way he played God with everyone’s lives. I wouldn’t wish this on my worse enemy.” 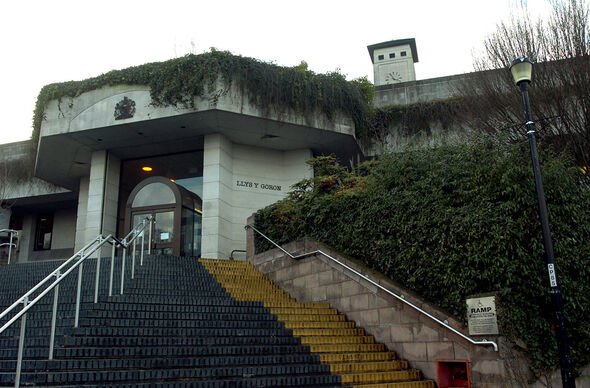 Reading out a statement from her brother Gareth, Ms Selway described Mr Selway as “the best brother I could have asked for”, “one of a kind, a right character and the life of the party” and “the best uncle”.

Addressing Rowe, the statement said: “I hate you and always will, I hope one day you suffer as much as you made my family suffer.”

Ms Selway added: “We are a close family and Robbie was a huge part of our lives and we’re lost without him.

“We find it hard to believe he’s gone and we will never see him again.

“Our hearts will forever be broken, we love you and miss you and will never forget you.”

Amy Jones, Mr Selway’s partner, said their daughter was only 10-weeks-old when her father died.

She added: “She has been around longer without him than she has been with him.

“He was the best Daddy in such a short space of time, now she has a guardian angel watching over her for the rest of her life.

“I will have to explain to my baby why all the other children has a Daddy when she doesn’t.”