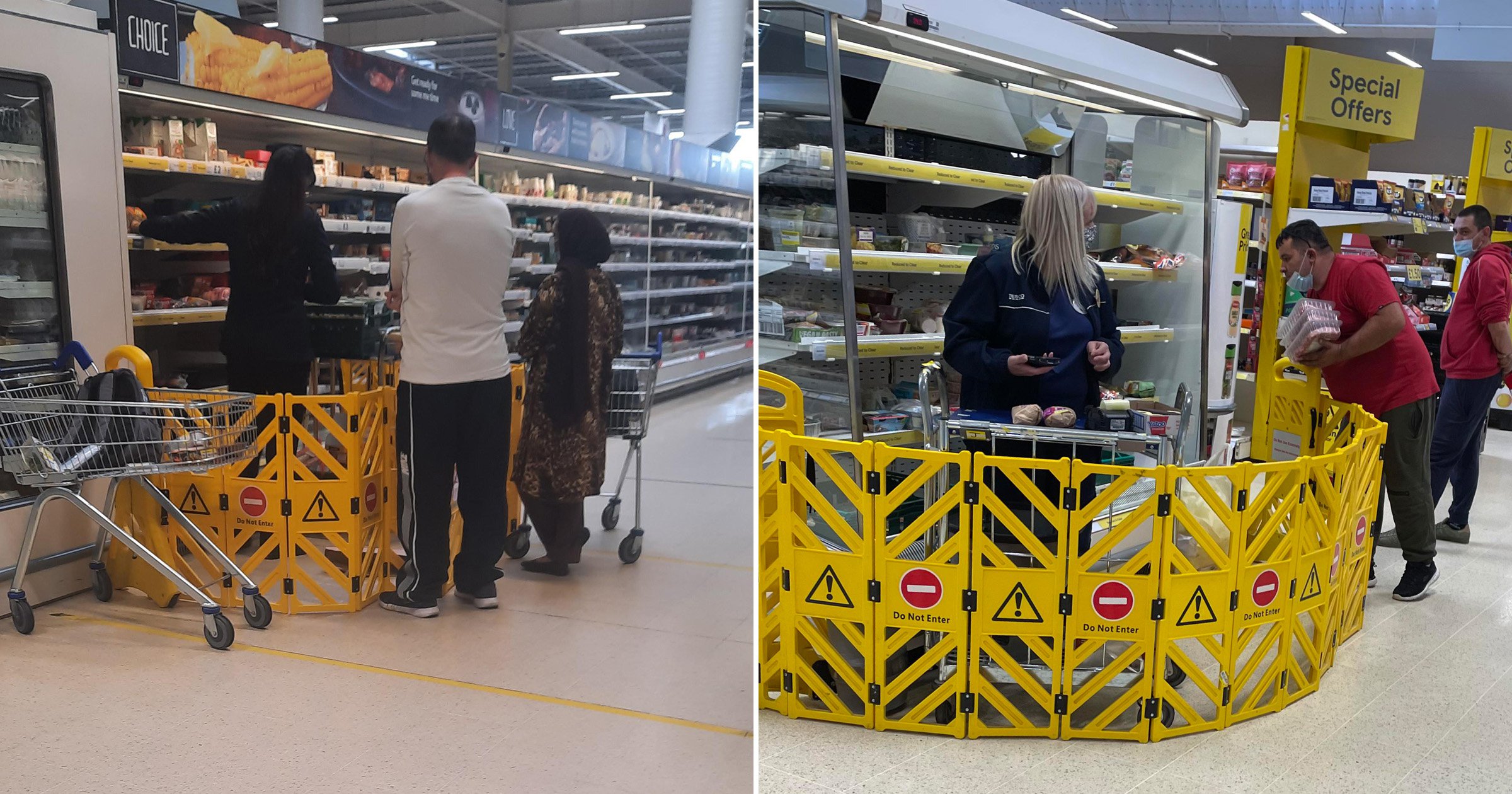 Tesco staff have put up security barriers to stop shoppers from snatching yellow sticker items out of their hands while they stock shelves.

Photos have emerged of workers behind the barriers with ‘do not enter signs’ while they tagged the reduced items with lower prices.

Some workers at a branch in Bexhill-on-Sea, East Sussex, have even revealed they don’t feel safe as they do it, according to The Sun.

The barriers were first introduced at the start of the Covid-19 pandemic to give staff more room to work, but they have been pictured in stores ever since.

Helen Dickinson of the British Retail Consortium said: ‘We have seen violence and abuse against shop workers go up during the pandemic but instead of it alleviating since then, it’s getting worse.’

The price of food has soared in the face of the cost of living crisis, including Tesco’s iconic meal deal.

Other essential supermarket items have risen by nearly two-thirds, with the price of pasta jumping 38p to 61p.

She told Metro.co.uk: ‘These are grim figures for millions of hard-pressed families and they are a siren warning to the new Government – the pledge our new prime minister made to uprate benefits with inflation must be honoured if low income households are to get through this winter.

‘Six hundred thousand London children are already living in poverty.  More will join them if the Government reneges on the promise to ensure benefits match inflation.

‘That would make us a country and a capital filled not with hope as the PM envisages, but with hungry children.’