Meghan was on Merseyside with her husband to commemorate the life of First World War poet Wilfred Owen, as the town marked 100 years since his death. 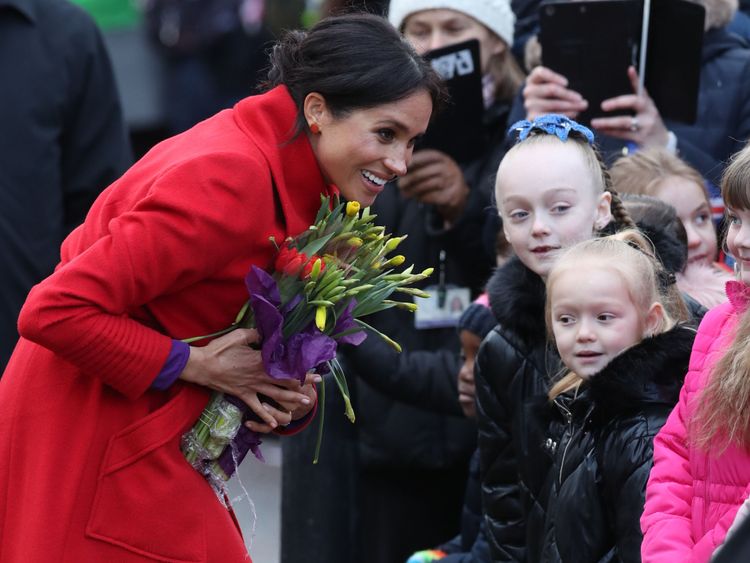 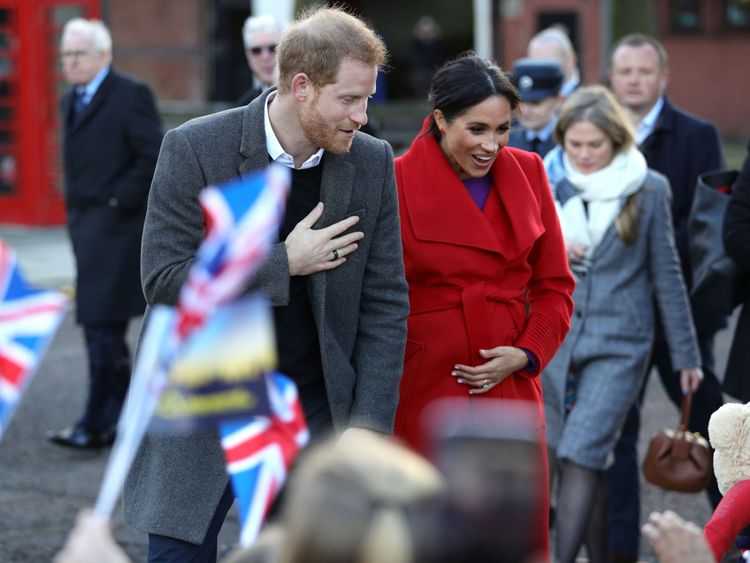 The royal couple, who are expecting their first child in the spring, were lavished with gifts as they met locals near a statue of Owen in Hamilton Square. 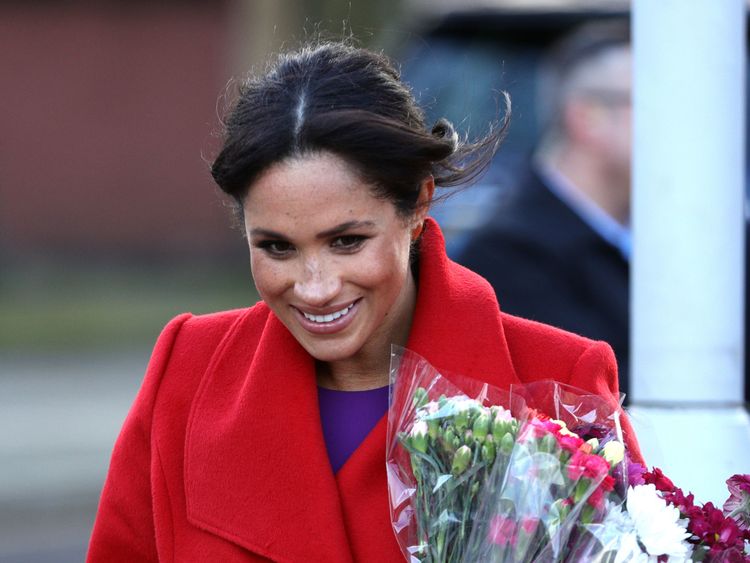 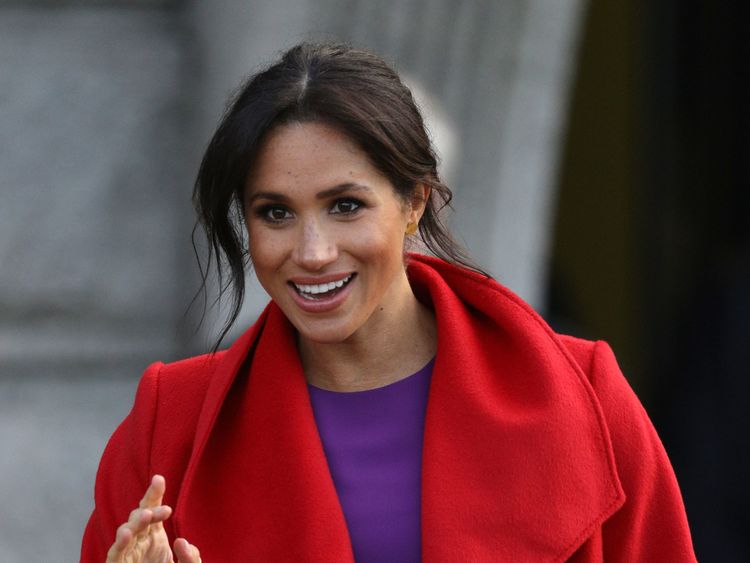 During a chat with youngsters, Meghan – who was wearing a purple dress by Aritzia and a bright red coat by Sentaler – asked for name ideas if the baby was a girl and seemed to like Amy.

According to Liverpool Echo reporter Sophie McCoid, Meghan told the girl who suggested it: “That’s a great name!” 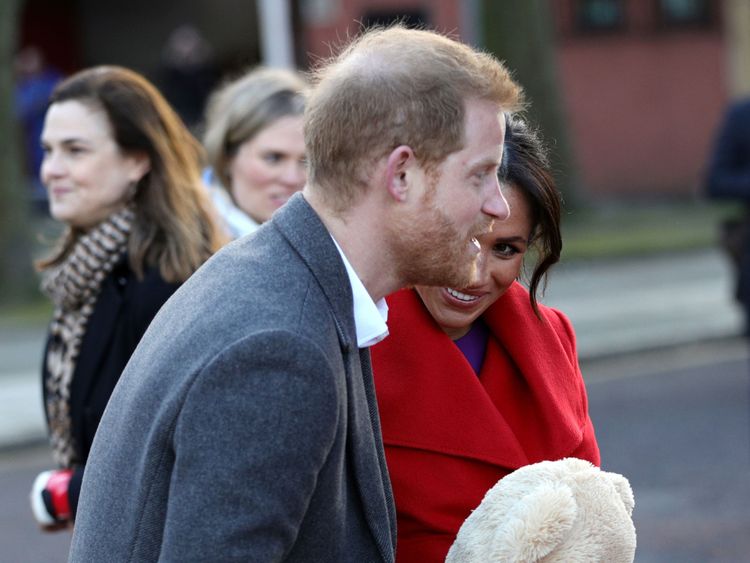 There is no precedent for a royal Amy and – according to the Office for National Statistics – the name has plummeted in popularity in recent years.

Harry and Meghan appeared to enjoy their trip to the North West, their first official royal engagement of the year. 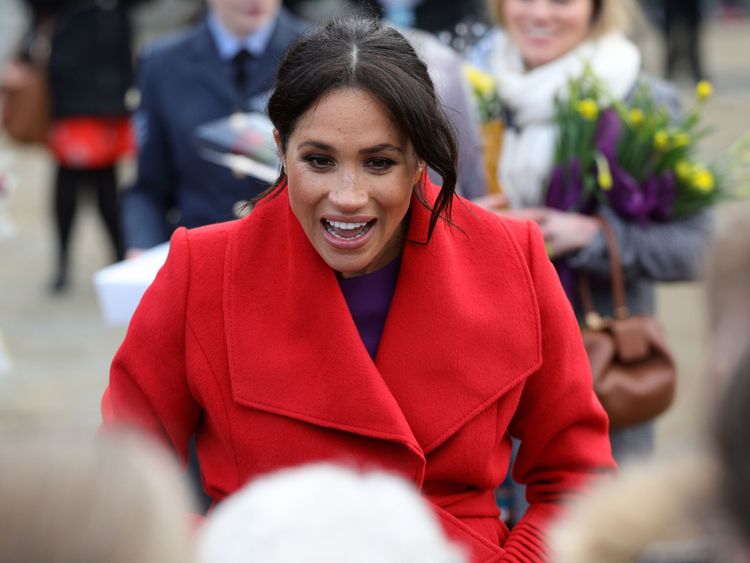 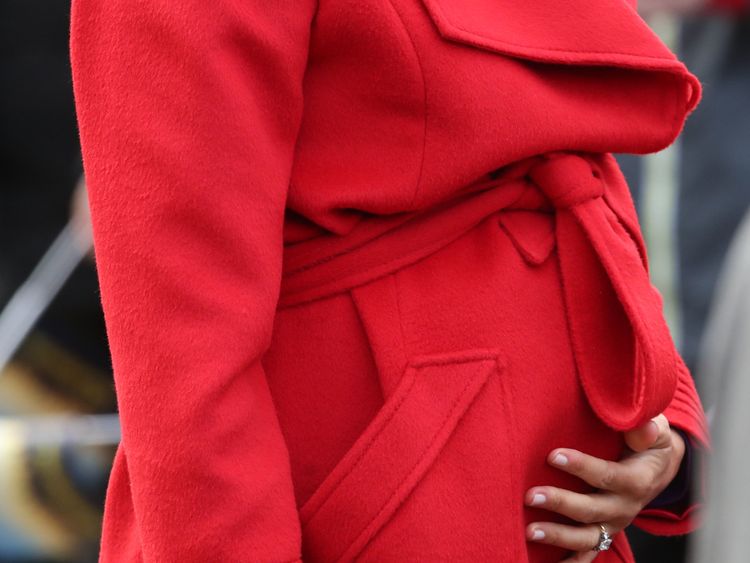 Meghan also met a fellow expectant mother at the event, who the duchess presented with a large basket of baby goods.

She told Amy Midgley, who is nearly five months pregnant with her second child: “I would say that I should lift it for you, but neither of us should be holding it!”

As the basket was presented, Harry could be heard joking: “Is there a baby in there?”