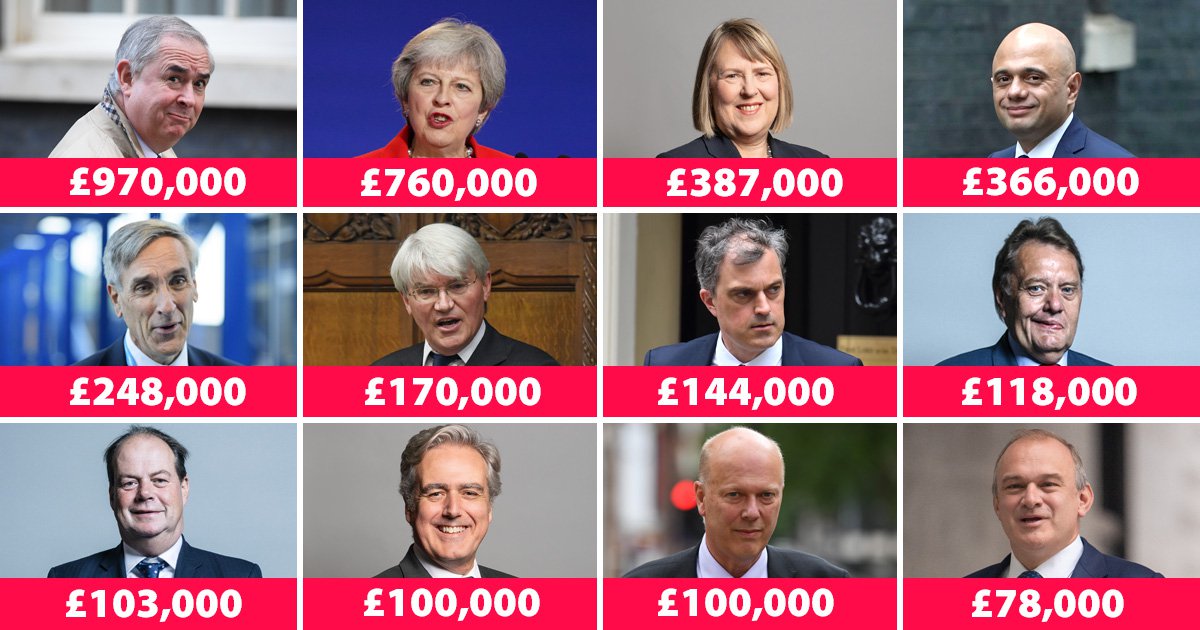 Parliament’s top earning members have made an extra £3.5million in addition to their salaries in just two years, it has emerged.

MPs are facing increased scrutiny over their extra earnings amid the fallout of the Owen Paterson scandal.

So far Boris Johnson has refused to apologise for his attempt to save the ex-cabinet member from a 30-day suspension from the House.

He tried to overhaul Westminster’s disciplinary procedures after it emerged Paterson lobbied for private companies that paid him more than £100,000.

But the Government made yet another embarrassing U-turn after other parties refused to co-operate, accusing ministers of trying to re-write the rulebook to save their colleague.

In a bid to prevent corruption, the Commons standards committee is believed to be considering a ban on several additional sources of incomes for MPs.

This could force more than 30 MPs to quit their jobs as consultants and advisers. Some of the highest earners have received £400,000 for less than two week’s work.

The majority of these politicians are in the Conservative Party and there is no suggestion of wrongdoing.

Figures obtained by the Sun show that 12 MPs have racked up more than £3.5million in the past two years, on top of their £81,932 salaries.

It has also emerged that Sajid Javid earned an extra £366,000 during a brief stint on the backbenches.

Former prime minister has made £760,000 from after-dinner speeches since leaving Downing Street.

Out of the 12 highest earners, 11 are Tories, in addition to Lib Dem leader Sir Ed Davey.

Yesterday Johnson was branded a ‘tin-pot dictator’ as he skipped a Commons debate over his handling of the sleaze saga.

Many Tory MPs followed his example with around 50 – just one in seven of the party’s total – attending.

Asked why he was avoiding the debate during a visit to Hexham hospital, Northumberland, the PM said: ‘Unfortunately I can’t be there because I had a long-standing engagement here.’