England’s batting flopped yet again with the tourists crumbling to 185 all out on day one of the Boxing Day Test in Melbourne as their dismal tour continued and Australia inched closer to retaining The Ashes.

Captain Joe Root (50), Ben Stokes (25) and Jos Buttler (3) were guilty of giving their wickets away as England – 2-0 down in the five-match series and needing to win the final three games to regain the urn – were torpedoed in just 65.1 overs with Pat Cummins and Nathan Lyon each bagging 3-36 and Scott Boland taking a wicket on debut. 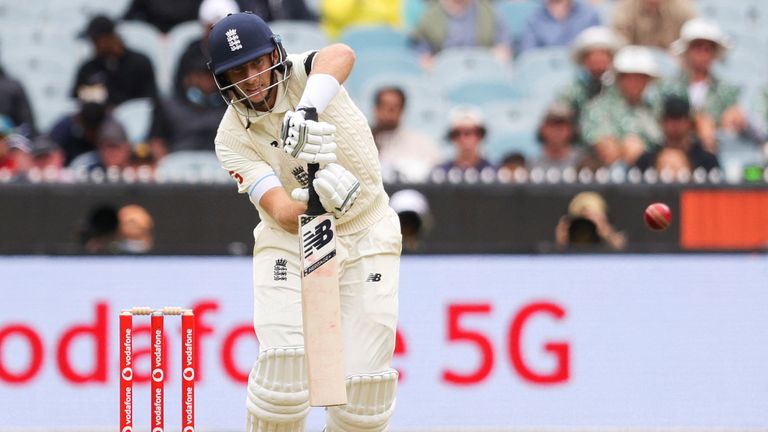 The latest England batting malfunction follows being bundled out for 147 and 297 during the nine-wicket loss in the first Test at Brisbane and then 236 and 192 during a 275-run reverse in the second game in Adelaide.

Haseeb Hameed (0) recorded England’s 50th Test duck of 2021 – as well as his second in a row and fourth in 10 innings since being recalled – while Zak Crawley, opening with Hameed in place of the axed Rory Burns, made just 12 on his return to the side after the visitors were inserted.

Crawley did make an impact in the field, catching David Warner (38) low at gully off the bowling of James Anderson to snap Australia’s opening stand on 57, with the hosts subsequently closing on 61-1 from 16 overs, just 124 runs in arrears, with Marcus Harris (20no) and nightwatchman Lyon (0no) at the crease.

Australia captain Cummins, who missed the Adelaide Test due to COVID isolation, bowled beautifully to have Hameed, Crawley and Dawid Malan (14) caught behind in the morning session, but Root, Stokes, and Buttler’s exits were self-inflicted as their afternoon departures left England 128-6. 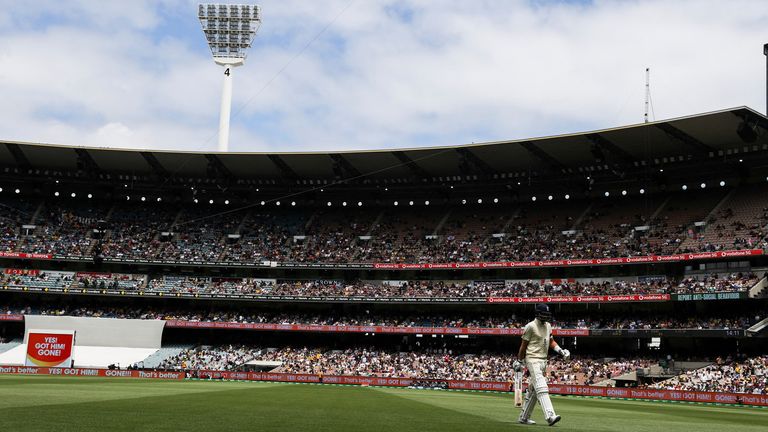 Root fiddled outside off stump and edged Mitchell Starc (2-54) behind as his wait for a maiden Ashes century in Australia continued, Stokes slashed Cameron Green to point and Buttler, who showed such diligence on the fifth day in Adelaide as he tried in vain to salvage England a draw, inexplicably whipped Lyon to deep midwicket on the stroke of tea.

The recalled Jonny Bairstow (35) was the only other player bar skipper Root to pass 30, while debuting Australia seamer Boland made another player brought back into the England side, Mark Wood, his first Test wicket when he trapped the tailender, batting as high as No 8, lbw.

England wore black armbands in honour of their former captain, coach and selector Ray Illingworth, who passed away at the age of 89 on Christmas Day following a battle with esophageal cancer.

Illingworth led England to an Ashes series win in Australia in 1970-71 but the chances of his fellow Yorkshireman, Root, following suit this winter look all-but over with his side demolished for less than 200 for the 12th time in Test matches in 2021 and facing a battle to avoid a record-equalling ninth Test defeat in a calendar year – Bangladesh having lost that many in 2003.

England’s hopes took an early hit at the MCG once play began 30 minutes later than planned due to wet weather, with Hameed snicking Cummins behind to wicketkeeper Alex Carey in the second over before a squared-up Crawley edged the same bowler to Green at gully in the eighth.

Root moved up into third place on the list of players with most Test runs in a calendar year, surpassing former South Africa captain Graeme Smith’s tally of 1,656 from 2008.

But he then departed after the interval, leaving him 109 runs shy of breaking the record 1,788 runs Pakistan’s Mohammad Yousuf amassed in 2006, with the England captain now having one more innings in 2021 to try and top that total and, more importantly, help keep his side in The Ashes.

Root and Malan’s third-wicket stand had been snapped from what proved the final ball of the morning, with Malan edging Cummins to Warner at slip.

Stokes, like Root, fell in the second session, clubbing Green’s short, wide ball to Lyon, whose safe hands saw the back of a player who had blasted him for six over long-on a short while earlier. 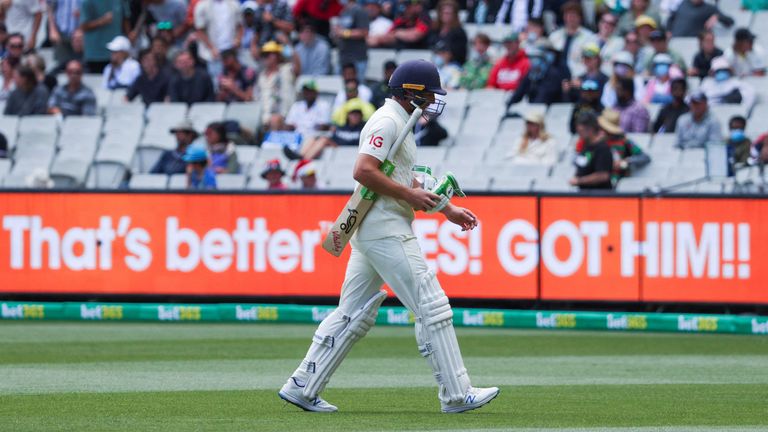 Lyon turned from catcher to wicket-taker on the stroke of tea as Buttler’s brain fade saw him advance to the off-spinner and spoon to Boland.

The off-spinner went on to pick up the final two wickets, ending entertaining cameos from Jack Leach (13 off 18) and Ollie Robinson (22 off 26) after Starc’s well-directed bouncer in at the body had cramped Bairstow for room and forced the England batter to glove to Green at gully.