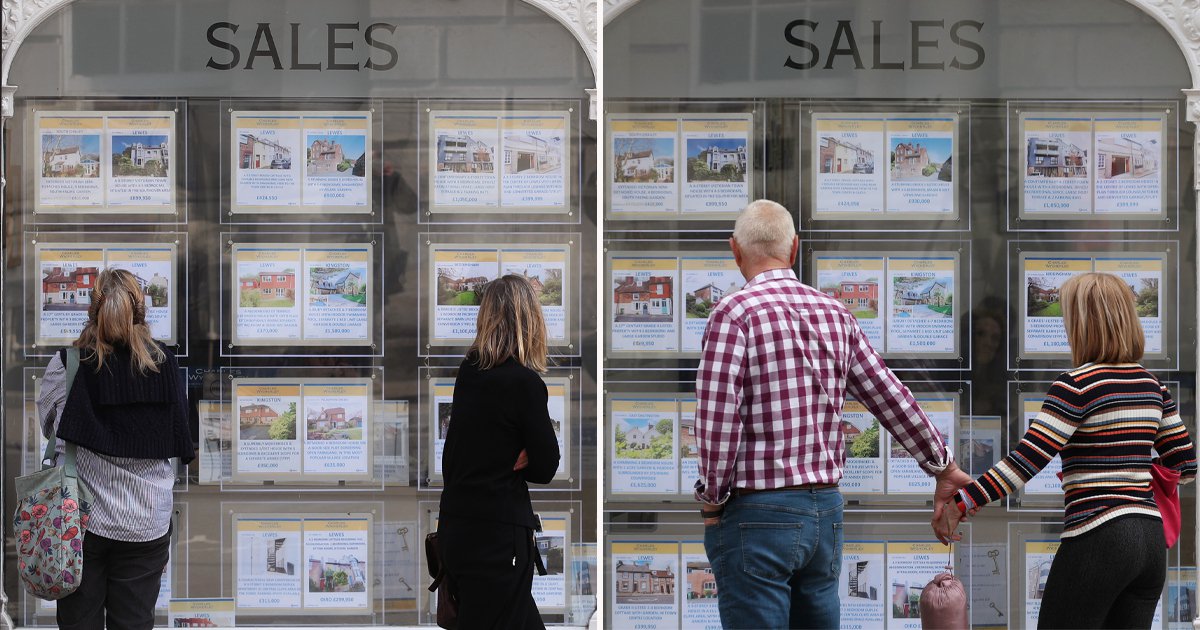 At the beginning of the pandemic, many people came to a quick realisation that their city centre room or flat, which had been fine as a base before, was not quite suited to suddenly being there 24/7.

With the nation told to ‘Stay at home’, it seems that a lot of us looked around our living quarters and didn’t find them up to scratch.

Now new figures show that this translated to a housing price boom, with the average property price in the UK rising by a massive £24,000 in the year up to March 2021.

If you thought the Covid crisis might have led to a crash in the market, that hasn’t been the case – not so far, at least.

The data from the Office for National Statistics may make grim reading for anyone who wants to get onto the property ladder for the first time and finds the price keeps jumping out of reach.

The rise in property values in the UK was 10.2%, making it the strongest annual growth rate the country has seen since August 2007, which is just before the financial crash.

The average UK property value reached a new record high of £256,000 in March.

But it wasn’t spread equally over all properties.

Although flats and maisonettes increased in price by 5% over the period, it was detached properties which saw the highest increase, of 11.7%.

This is likely to be down to people wanting access to outside space, with various lockdown rules in place banning people from meeting indoors.

Meanwhile, London saw the lowest annual growth (3.7%) perhaps indicating a desire for people to move out of the city during the pandemic.

Covid wasn’t the only factor driving the increase, as buyers have been paying less in stamp duty so had more cash available for the purchase itself.

The holiday was extended in England and Northern Ireland and will end there on June 30.

In Wales, a holiday on the equivalent tax has also been extended until the end of June 2021.

A similar property transaction tax in Scotland ended on March 31 2021.

Although London saw the lowest growth, its average house price remain the most expensive of any region in the UK at £500,000.

Sarah Coles, personal finance analyst at Hargreaves Lansdown, said: ‘We’re back to the kind of double-figure house price rises we saw in the heady days before the financial crisis.

‘And while lenders are far more cautious than they were back in 2007, in this kind of market, there’s still the risk buyers will lose their heads, and make a property mistake that could haunt them for years.’

She added: ‘In this kind of market, properties often go for well over the asking price – sometimes after a bidding war. It’s far too easy to be sucked into paying thousands of pounds more than you initially planned.

‘It’s also easy to start panicking that if you don’t buy now, you never will, because house prices will rise another few thousand pounds next month. This kind of stressed decision-making can lead to horrible mistakes.’

Samuel Tombs, chief UK economist at Pantheon Macroeconomics, said the return of the stamp duty threshold to normal levels later this year ‘likely will mark a prolonged malaise in the market’.

He continued ‘Mortgage rates are higher now than they were pre-Covid, whereas households’ incomes are not. The amount of money left over for housing also likely will decline as households return to pre-Covid expenditure patterns.

‘Finally, the surge in house prices is stimulating strong growth in new housing supply, which will bear down on price growth soon. Accordingly, we think that house prices will be marginally below March’s level at the end of this year.’

Jamie Durham, an economist at PwC, said: ‘There is some risk to the outlook if inflation takes hold in the UK as banks may increase interest rates. This would affect mortgage affordability criteria, lending, and could ultimately weigh on house price growth, though the impact of this will depend on how high inflation rises.’

Mike Scott, chief analyst at estate agency Yopa said: ‘We believe that the lifting of Covid-19 restrictions, combined with people’s reassessed post-pandemic housing needs, the ‘accidental savings’ that many have made over the past year and the desire for a post-pandemic fresh start, will keep house prices high for at least for the rest of this year.’

Rachelle Earwaker, an economist at the Joseph Rowntree Foundation (JRF), said: ‘The largest annual house price increase since 2007 will benefit existing homeowners but make it much harder for renters to get on the property ladder, because deposit requirements rise at the same rate as house prices.

‘We know that significant numbers of renters are continuing to grapple with arrears.’