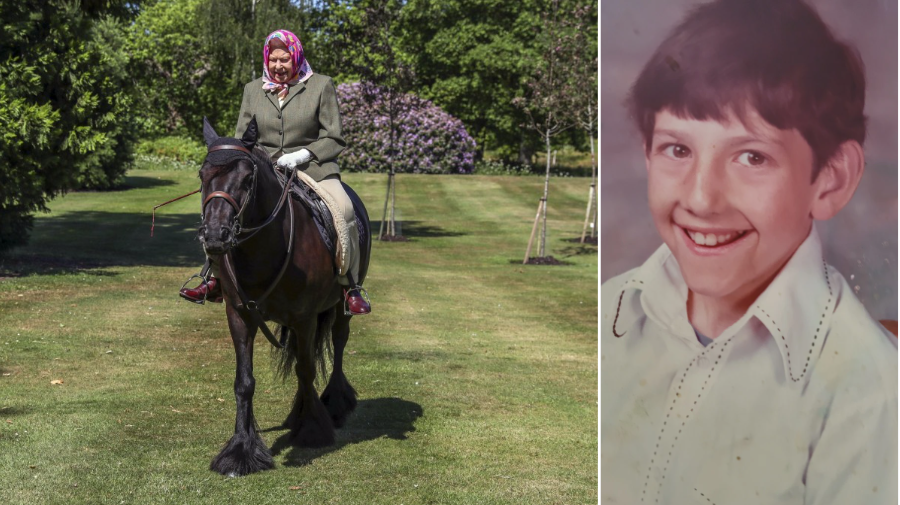 Windsor born and bred, Metro’s Paul Thomas has enjoyed numerous meetings with the Queen throughout his life. Here he tells of his special relationship with Her Majesty, from a childhood tumble to professional encounters as an editor.

I sat with my legs dangling over the ledge of a second floor window in a building opposite Windsor Castle sketching the front page picture I wanted from a photographer standing behind me as the Queen Mother’s hearse turned into the castle when her body was to be interred alongside her husband, King George VI, inside St George’s Chapel.

Days later, as reportedly the only Windsorian ever to edit the Windsor and Eton Express in it’s 210-year history, which the Queen used to have ironed and sent to her every Thursday, I had exactly what I wanted.

One month to the day of the Queen Mother’s death, I found myself inside the castle as a select group of media people invited to an afternoon drinks party.

We were chatting amongst ourselves when I got a tap on the shoulder by a military type wearing ‘civvies’.

Her Majesty, in a scarlet, chiffon dress, sort of popped up almost underneath me. She was holding a gin and Dubonnet.

‘I’ve been looking for you,’ she said.

‘I think you also know your way around, don’t you,’ she grinned.

We both knew what she was taking about, but nothing else was said.

When I was eight, I was playing with a school friend inside the castle as his parents worked for the household. I had raced my bicycle too fast around a corner by the horse hall. It was gravel. I came off. Pain. Blood flowed from my knees.

As I cried, I looked up and there was this wonderfully understanding face.

It was the Queen. She took out her hanky, wiped the blood from my skinless knees and helped me up before squeezing my arm, saying: ‘There now, just a scratch.’ It wasn’t, but she made it OK.

Another time, she found me playing with a battery operated Tommy gun in shrubbery near her private apartments, at a time when no security from terrorists was needed and the world was a somehow more innocent place.

‘Having fun?’ she asked.

She giggled and walked off with the dorgies which had sniffed me out.

‘Thanks for your coverage,’ she said.

At first, I didn’t know what she was referring to. But it dawned on me, quickly, she was talking about my coverage of her mother’s death and funeral.

‘It was important,’ I said. ‘And personal. People forget that.’

Then we got on to another subject from that week’s paper. ‘You’ll be getting a letter from me soon,’ she said. ‘A date?’ I asked. She smiled and her eyes twinkled.

I’ve lived with, reported on royal stories all my life, it seems. I’m a Windsor lad.

Cliches abound about the Queen. People are glib, throwing superlatives around like confetti. Be completely assured, Queen Elizabeth II was a remarkable woman, lady, human being and monarch.

History will recall her unique place in a period in which there has been unrivalled change across Britain and the world.

I saw something different. I saw a mother whose concern was genuine.

We spoke on many occasions when I was apparently her ‘favourite’ newspaper editor, but I will remember when she wiped the blood from my knees and told me it was OK. Of course it was. She cared and us Brits believed her because of the way she nurtured her nation.