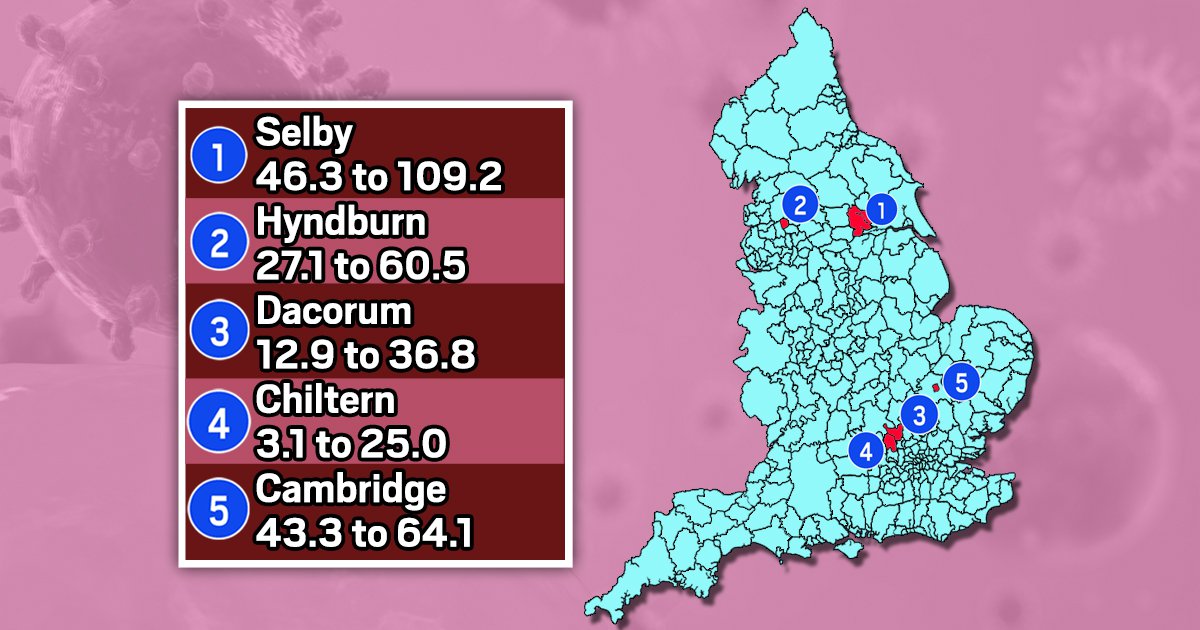 Five areas have been identified as having the biggest rise in Covid case rates after pubs, non-essential shops and gyms reopened across England.

Of the 315 local authority areas in England, 53% have seen a rise in Covid rates in the week leading up to April 24, while 43% of them have seen their infection rate fall and 12 remained unchanged.

Selby, in North Yorkshire, saw the biggest rise, with 109.2 new cases per 100,000 people, up from 46.3 in the week previous. The area now has the highest Covid rate in England, according to Public Health England data.

The figures are based on the number of people who have tested positive for Covid-19 in either a lab-reported or rapid lateral flow test, by specimen date. Data from April 25-28 was excluded as it is incomplete.

The areas with the highest infection rate in England 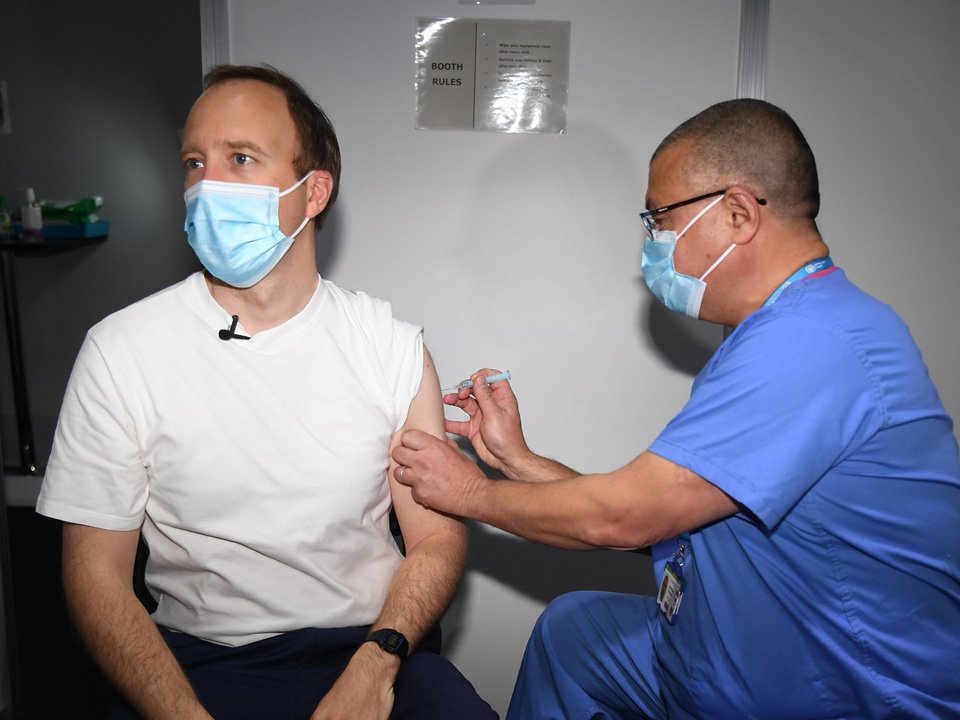 Maldon, in Essex, has the lowest infection rate, with no new cases recorded in the week leading up to April 24. The area previously recorded 6.2 infections per 100,000 people.

England has been in lockdown from the start of the year, with hospitality venues, leisure centres, salons and non-essential shops allowed to reopen for the first time from April 12.

The success of the UK’s vaccine rollout has so-far allowed England to continue following Boris Johnson’s roadmap out of lockdown, with the Government hopeful that international travel can resume from May 17.

People in England aged 42 and over are now being invited to book their Covid vaccines, the NHS said this week.